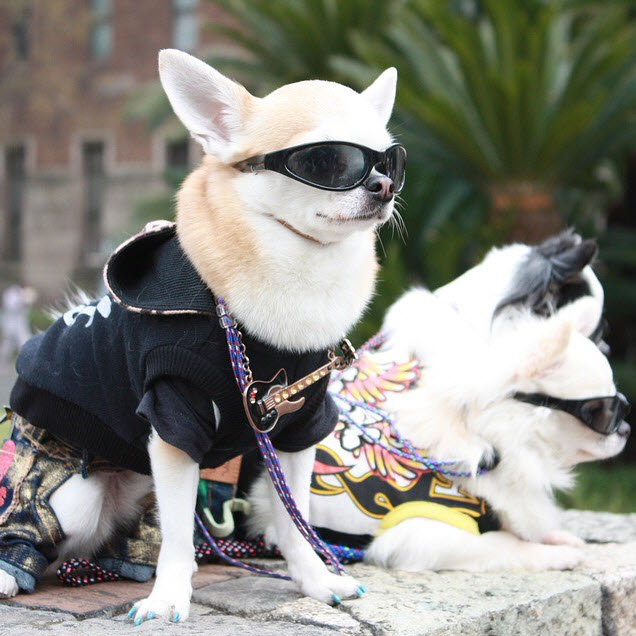 Why The New Age Of Social Media Influencers? 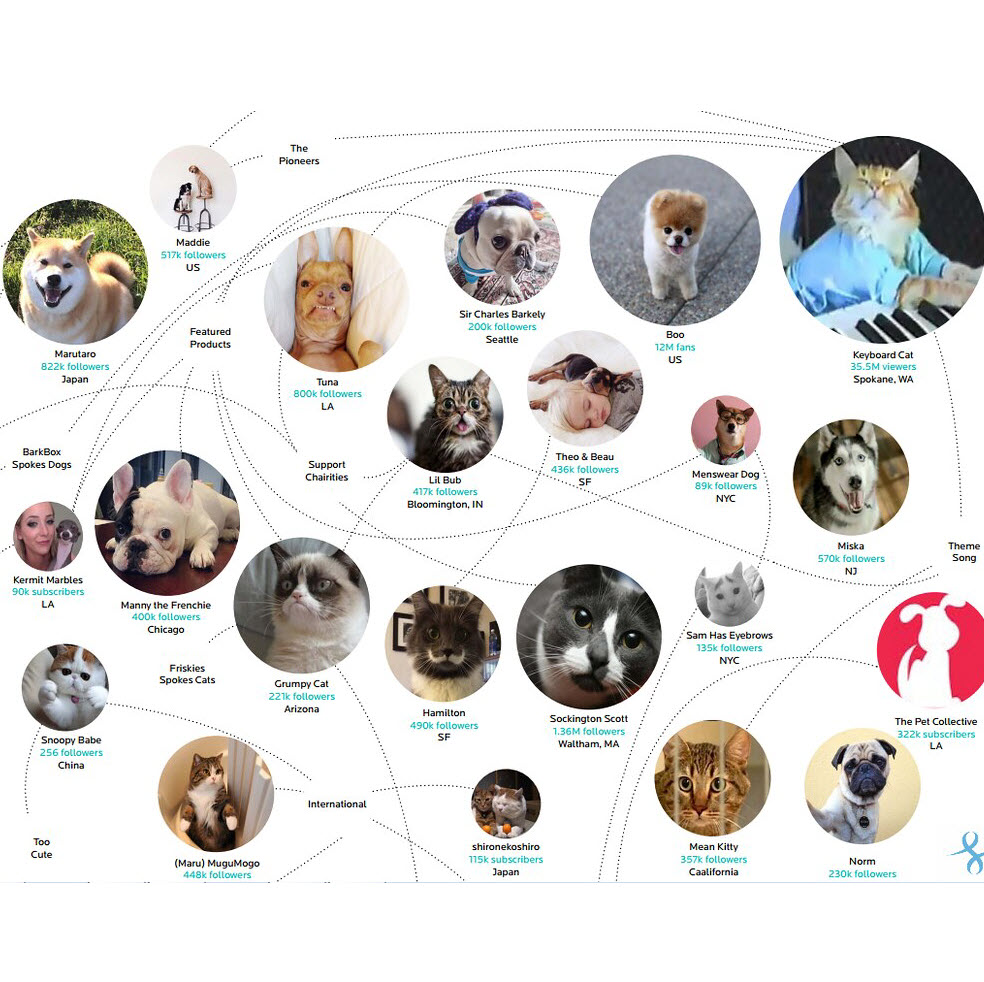 In today’s social media age, consumers have grown tired of actors and athletes featured in advertisements with products that they probably don’t even use. This gave rise to social media influencers, a devolved group of society sweethearts who appear to be authentic, lovable, and diverse. They are so diverse that we can probably find a different influencer for each product available in the market. They are so authentic that less people have doubts on their actual consumption of products they feature. According to social media analytics company Klear, influencer marketing tripled in 2017; by year 2020, it’s expected to reach $10 billion. To cope with this lucrative trend, who wouldn’t want to dip their toes in some social media influencing? Who will big dog food companies choose as their influencers? Whose Instagram feed will sell the most number of the coolest dog products? Whose Youtube videos can market dog bowls? The answer to this growing marketing movement: Dogs! Nameless dogs used to grace the packaging of dog food and toiletries, but because of photos and videos that accidentally turn some dogs into internet sensations, who they are is now a factor. Because of dog agencies that propel dogs’ career in social media influencing and modelling, products used by this dog with a million followers and that dog whose videos get hundreds of thousands of views are better received by the consumers. As companies of dog products earn, their dog social media influencers also earn. On average, dog social media influencers with 100,000 followers earn around $1,000 to $2,000 per post; someone with 500,000 followers earn above $5,000 per post; and someone with more than 1,000,000 followers earn above $10,000.

Here Are The Top 10 Most Lovable Influencer Dogs 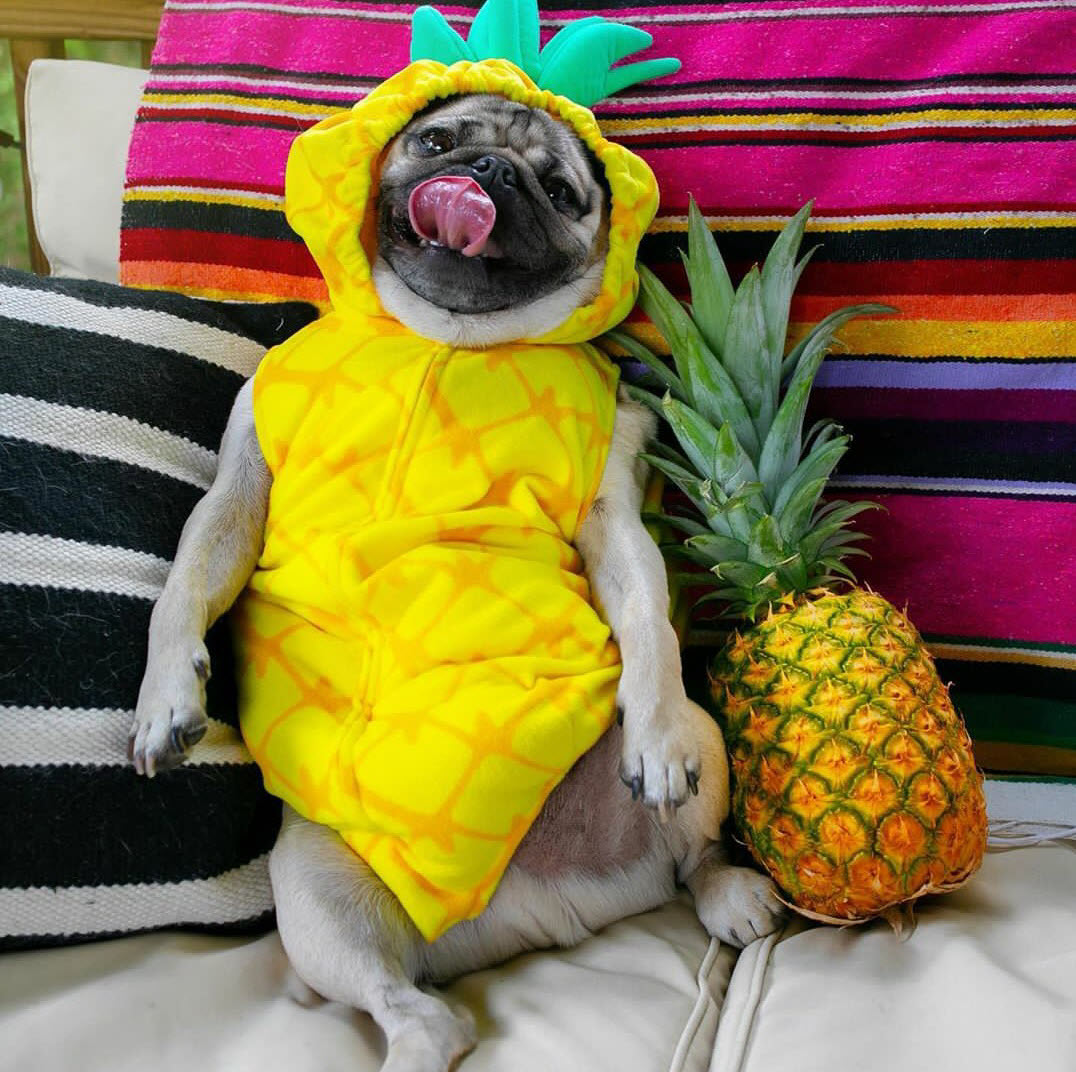 Doug has 3,800,000 Instagram followers. He spends most of his time posing in cute costumes and starring in home video spoofs for his 224,000 YouTube subscribers, catapulting him to fame. As the most famous pug in the world he likes modeling, acting, spending time with his celebrity friends. Among his celebrity friends are Fall Out Boy whose featured him in their music video last 2015 and Katy Perry who featured him in her music video last 2017. It’s no surprise that photos of him, especially ones that where he’s dressed up, gains hundreds of thousands of likes. Doug has his own merch on Etsy, won a Shorty award for “Instagrammer of the Year” last 2017, and most recently has collaborated with accessories brand Claire’s and luxury car brand Mercedes-Benz. His estimated net worth is as much as $500,000. 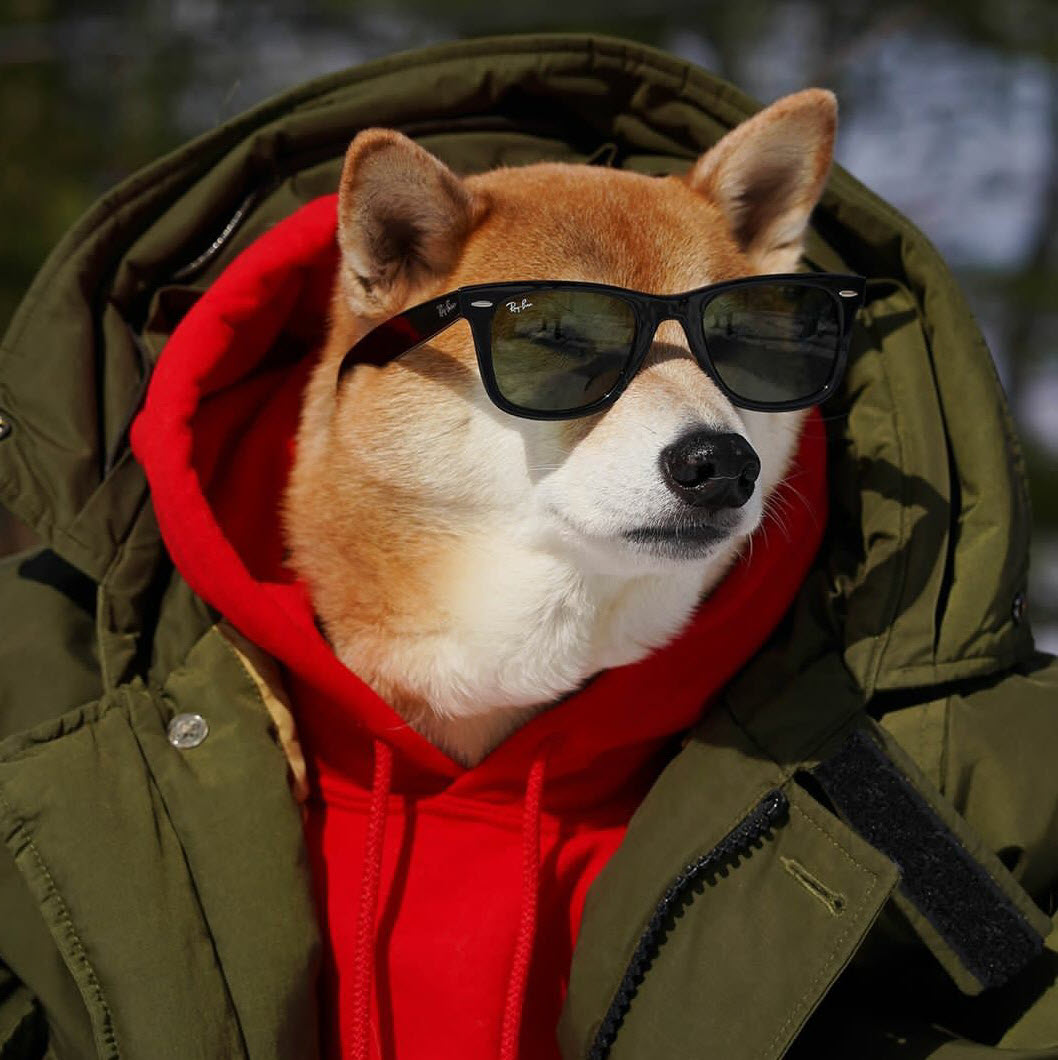 Bodhi has over 373,000 Instagram followers. He’s a Shiba Inu who’s more commonly known as the menswear dog for rocking the latest trends in both dog and human fashion. He’s the most fashionable dog in the world with human followers looking to him for the freshest clothes from “it” human fashion brands and centuries-old human fashion brands alike. After using Instagram to launch his career as a fashion superstar, he’s been featured in The New York Times, Time Magazine, and GQ. Last fall, his managing owners recently launched his fashion line that offer bespoke clothing services for dogs. His line also carries shirts and hoodies for humans in collaboration with different designers. His achievement and style may impress you, but it’s his handsome face that makes him absolutely loveable. 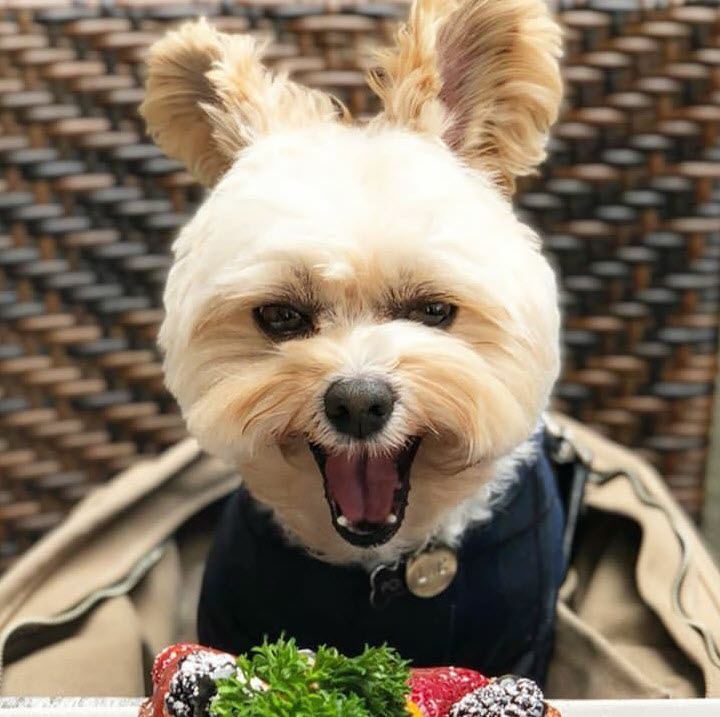 Popeye has over 373,900 Instagram followers. He’s a rescue mutt whose photos are normally of him, smiling with his tongue out in front of a large spread of the best food at a trendy pet-friendly restaurant in LA. He’s a food blogger who travels, dresses up, and dines at the most indulgent pet-friendly restaurants. If these aren’t enough to turn your eyes into hearts, his promotional poster of the movie A Dog’s Journey definitely will. 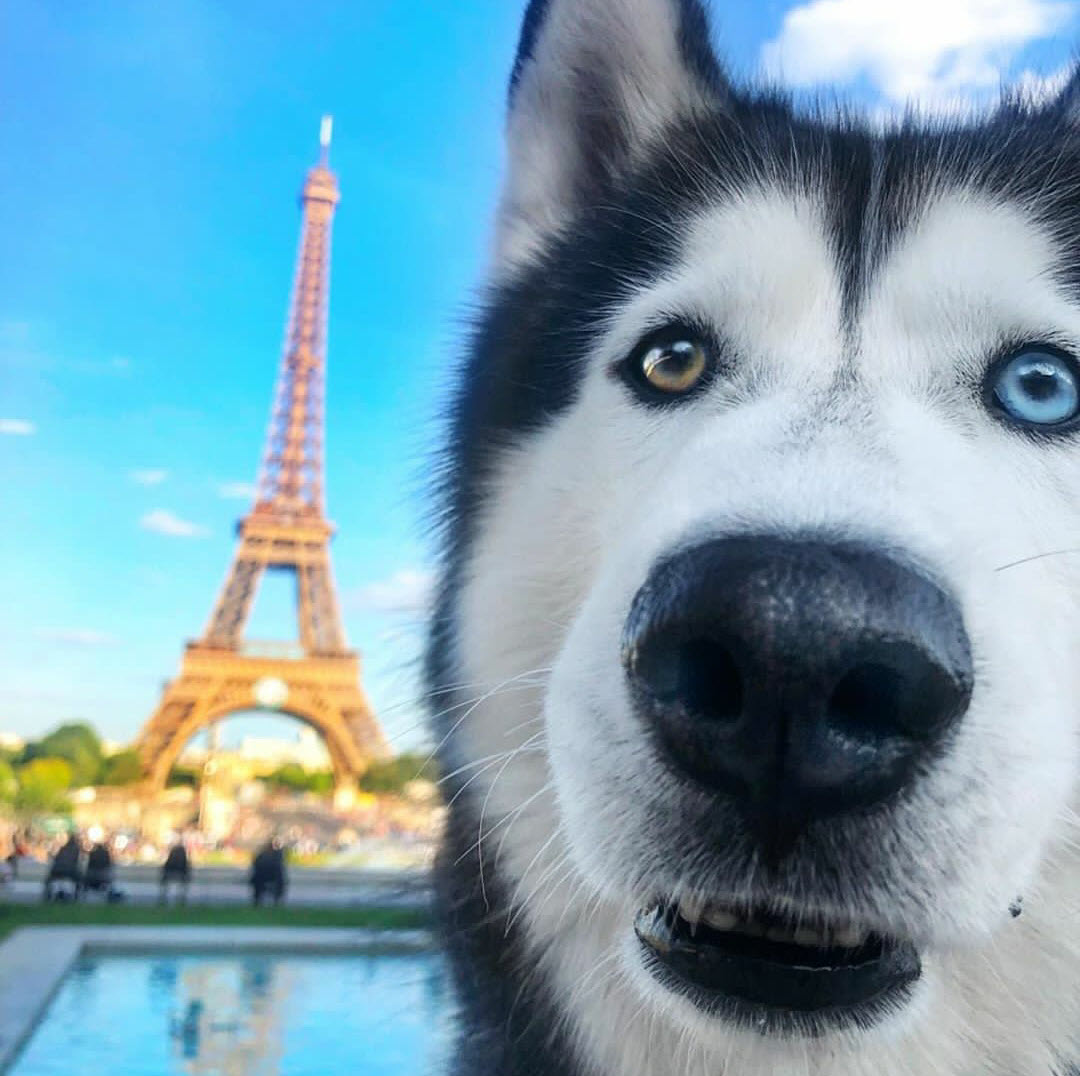 Jax has over 180,300 Instagram followers. To compete with a growing number of Instagram huskies, Jax stars in the most adorable and entertaining content. Jax’s enjoyment in the subtitled videos and posts that his handling owner creates is very visible because of his animated personality. Their documented shenanigans are organic and loveable, that netizens all over the world enjoy what they produce. Most recently their “What The Fluff Challenge” went viral, generating over 60,518 posts of pet owners taking up the magic-trick challenge. 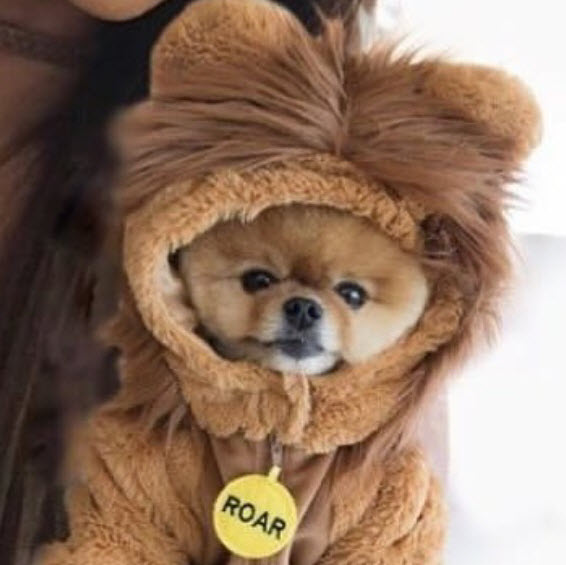 Jiff has over 9,000,000 Instagram followers. He has starred in ad campaigns for mobile app Tiktok, retail brand Target, and pet food brand Nature’s Recipe, making him the most followed animal influencer to date. Launched by his pastel colored photos and the most adorable costumes, Jiff now has a calendar, an online store, and a book deal to show for his dizzying success. When he’s not doing handstands or having his photos taken for various brands, this lovable pup likes hanging out with his famous human friends including Kpop stars and Ariana Grande. Others think that he’s one lucky pup, but his followers know that they’re lucky for being able to cuddle up with Jiff. 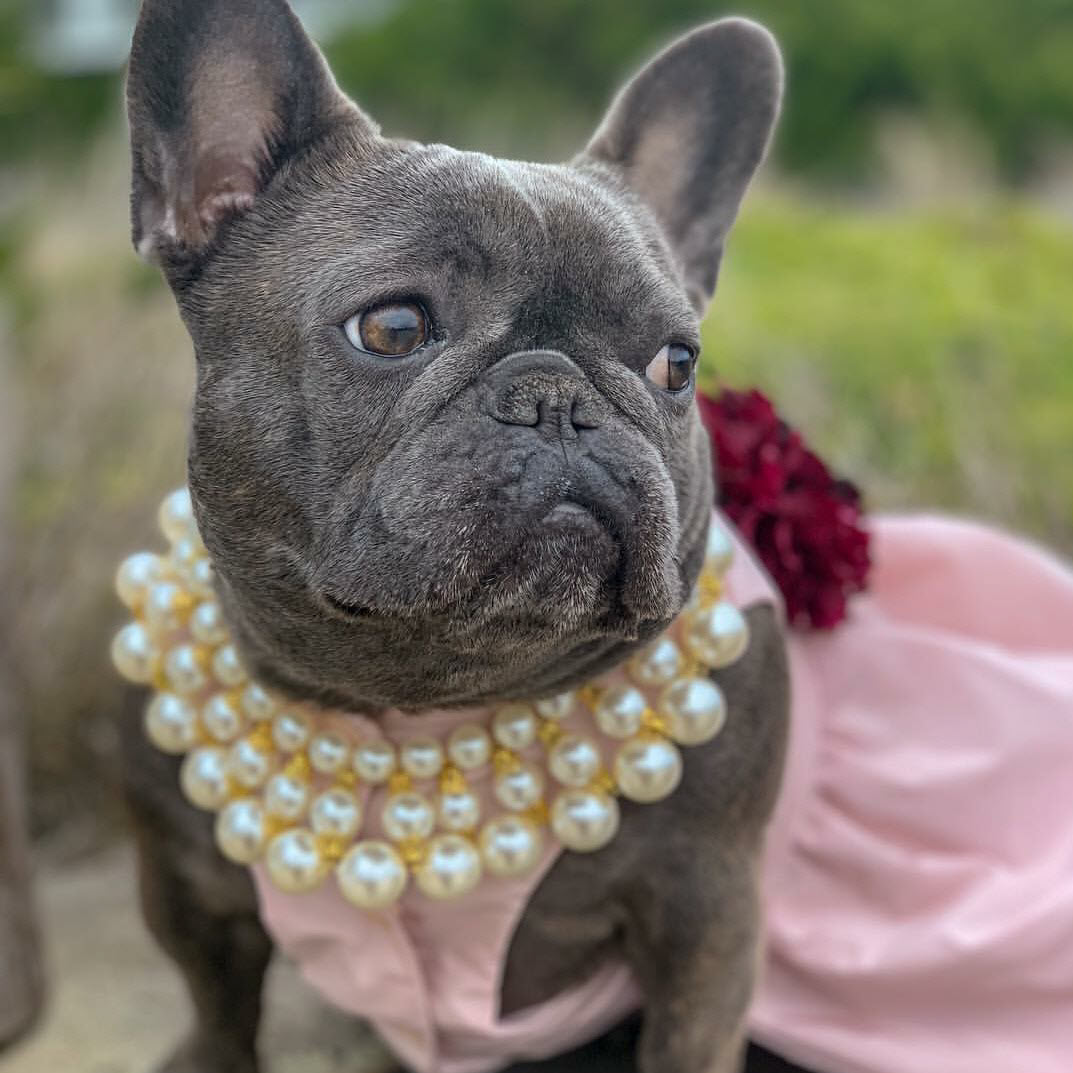 Izzy has over 305,000 Instagram followers. By far the most glamorous influencer dog, this French bulldog glides through life wearing dog versions of haute couture dresses created by her personal designer who used to work at fashion house Dior. Izzy likes going to fabulous Sunday brunches, staying at the swankiest hotels, and endorsing brands. She has been featured in Vanity Fair, Paper Magazine, and Vogue. Despite her inspired looks and intimidating achievements, followers of this for 2 year old dog also appreciate her shining kindness and poise at her simplest. 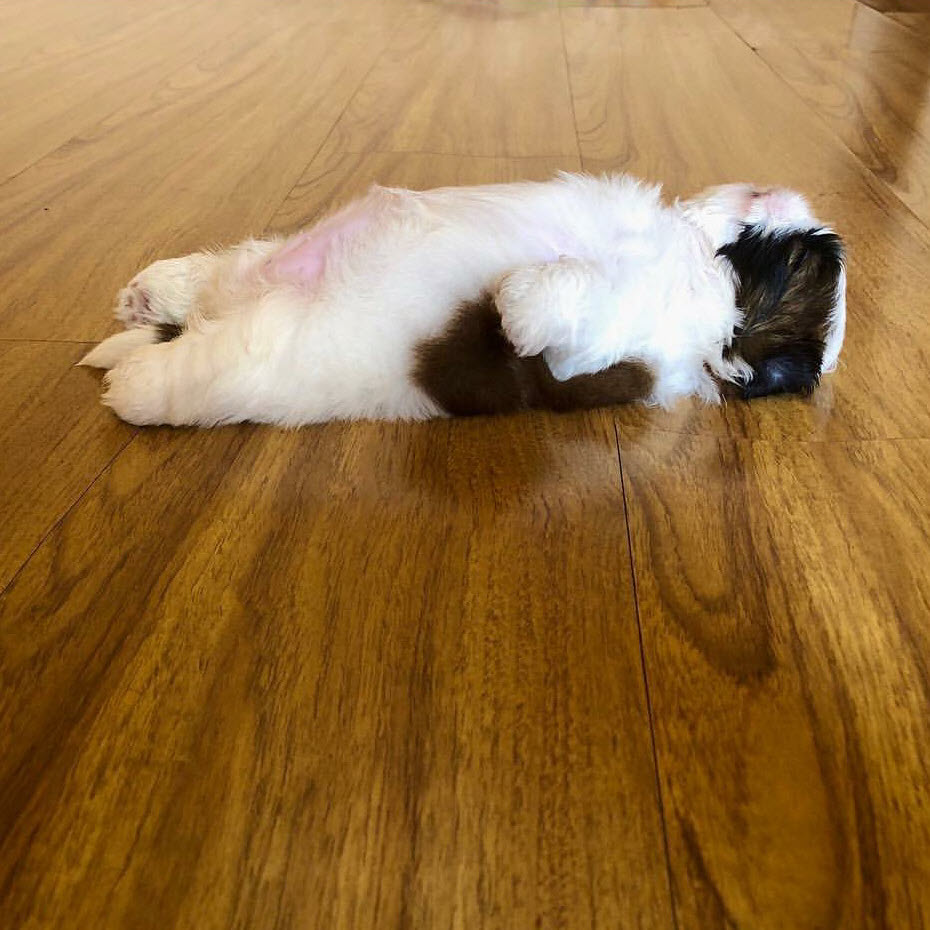 Paningning has over 112,000 Instagram followers. March this year, then a 1-month-old Shih Tzu named Paningning took the internet by storm with her unusual yet adorable sleeping position. Unlike other dogs, Paningning sleeps on her back just like a human would. This launched her to meme status, giving way to a series of photos featuring this adorable puppy photoshopped in various landmarks, movies, and video games that made rounds on Facebook. Powered by her over 228,000 social media fans, she became a viral sensation, reaching international stardom after being featured in New York’s Complex magazine. Paningning now endorses products like dog hats, sunglasses, and beds on her Facebook and Instagram accounts. 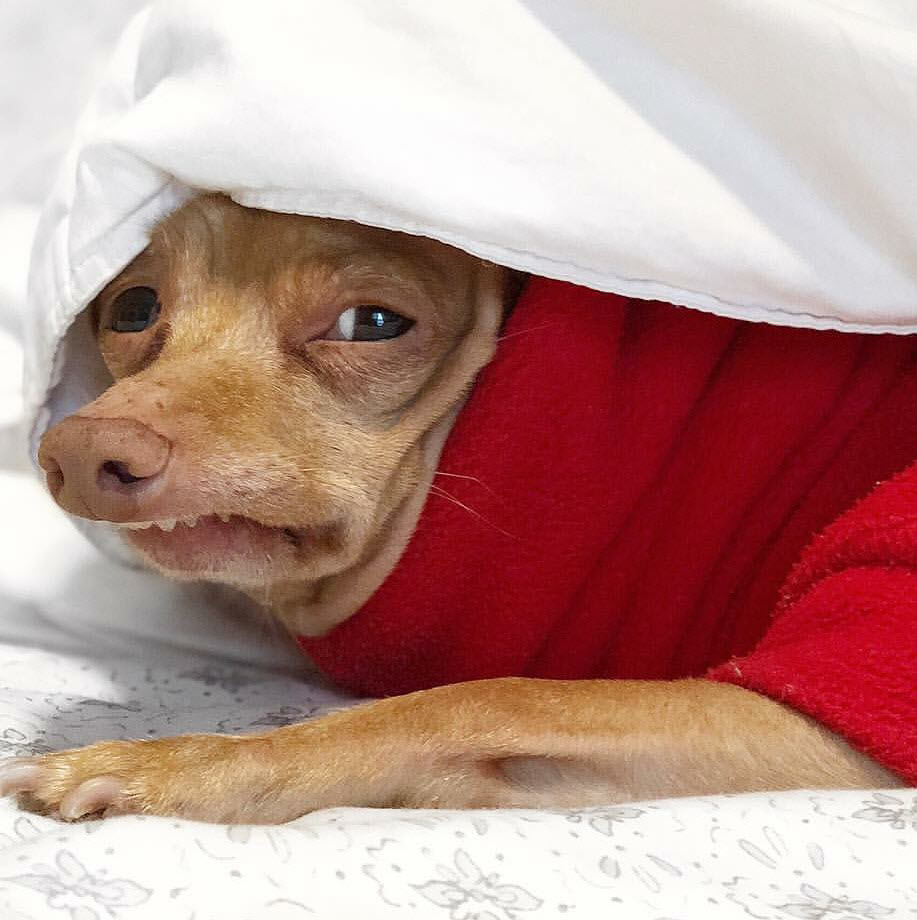 Tuna has over 2,000,000 Instagram followers. Because of this Chihuahua-Dachshund mix’s overbite, netizens turned him into a meme and an internet celebrity overnight. After being abandoned by his original owner, he was adopted by a former interior designer at a farmer’s market. His handling owner quit her job to run Tuna’s Instagram account full time. Tuna now has a book deal and several endorsements. One of the most lovable things about this influencer is that you can subtitle any of his photos and you’ll almost hear him say the words. 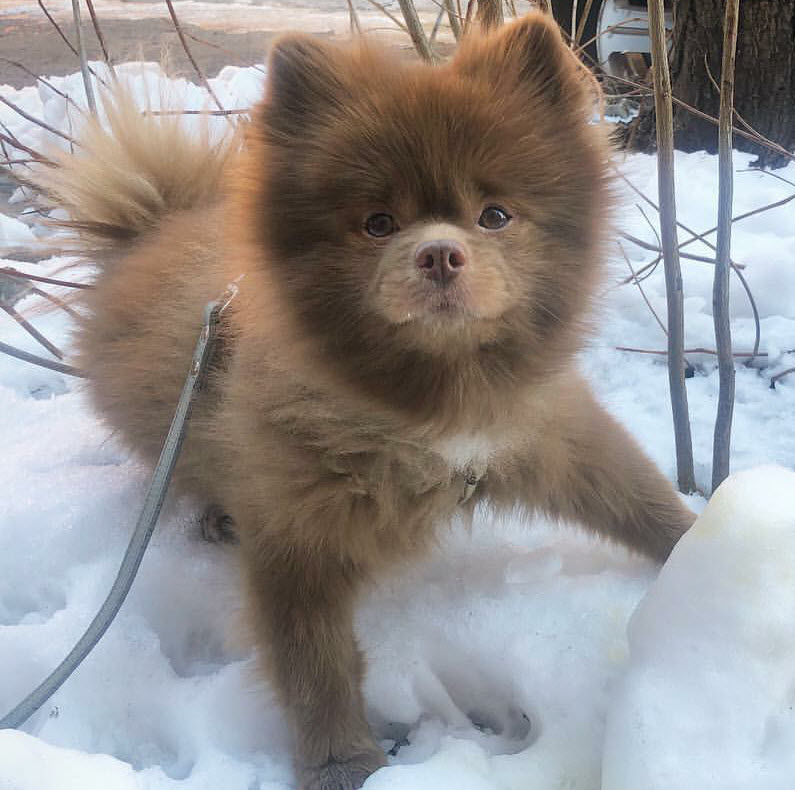 Bertram has 383,000 Instagram followers. Although this very cute Pomeranian experienced neglect and abandonment after his breeders thought he was “too big to sell”, Bertram was lucky enough to be adopted by an artist. He’s now an art connoisseur who frequents his owner’s art gallery. After taking over the Instagram account of the art gallery, his handling owner decided to make him a separate account. When he’s not in the gallery, this inquisitive dog makes his followers happy by swimming in the park, playing in the snow, dressing up like a gentleman, or sleeping inside gym bags. One of the things that his followers love about Bertram is that he resembles Paddington, the bear who’s the protagonist of the eponymous movie. 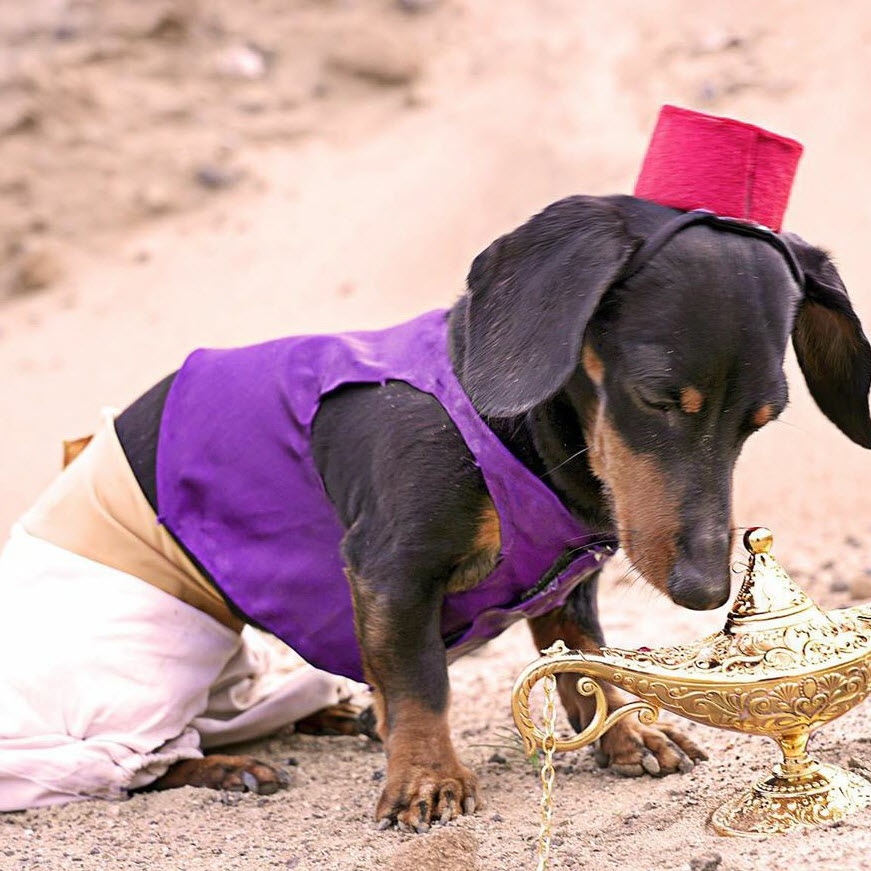 Crusoe has over 732,000 Instagram followers. This famous Dachshund stars in the cutest short films and series in his own YouTube account where he has over 655,000 subscribers. With the help of Crusoe, his handling owner launched a business that caters to small dogs that have difficulty climbing onto beds and other furniture. Crusoe has played the role of a dentist, Easter bunny, and a mom. He also likes dressing up as a bee, professional basketball player, and a four-legged flamingo. On top of all this, Crusoe has driven his own car, been on a magic carpet, and had a biography on A New York Times Bestseller last 2015. Last year, his charm earned him the People’s Choice Awards for Animal Star. 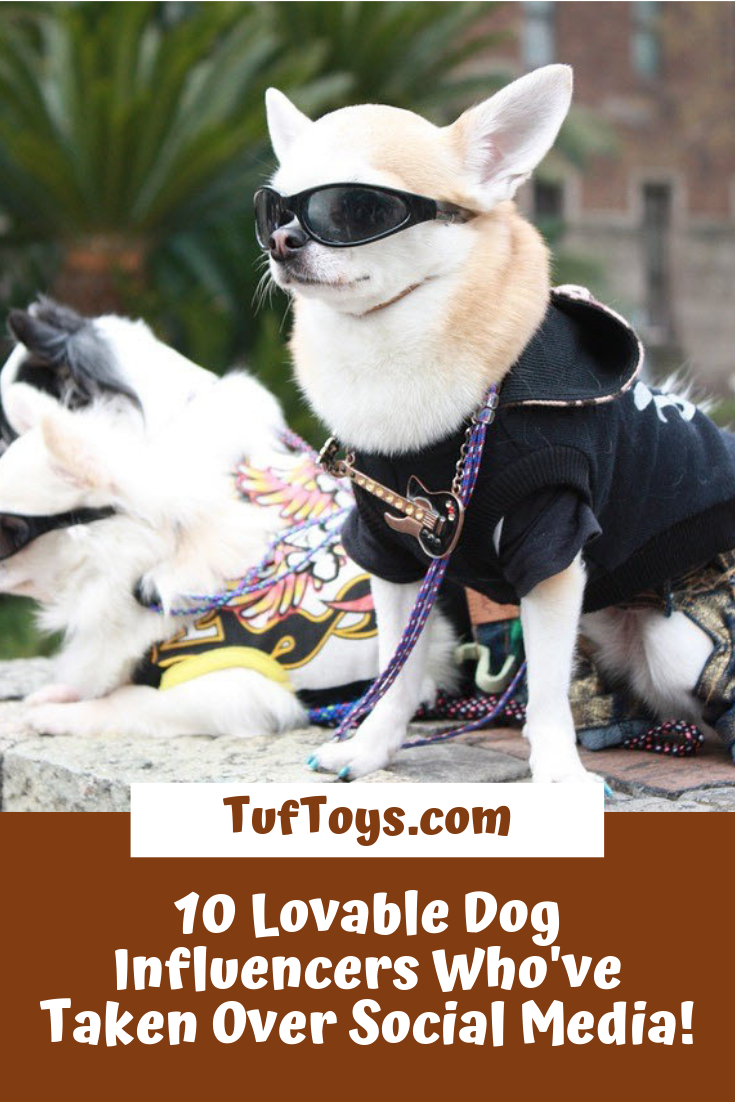 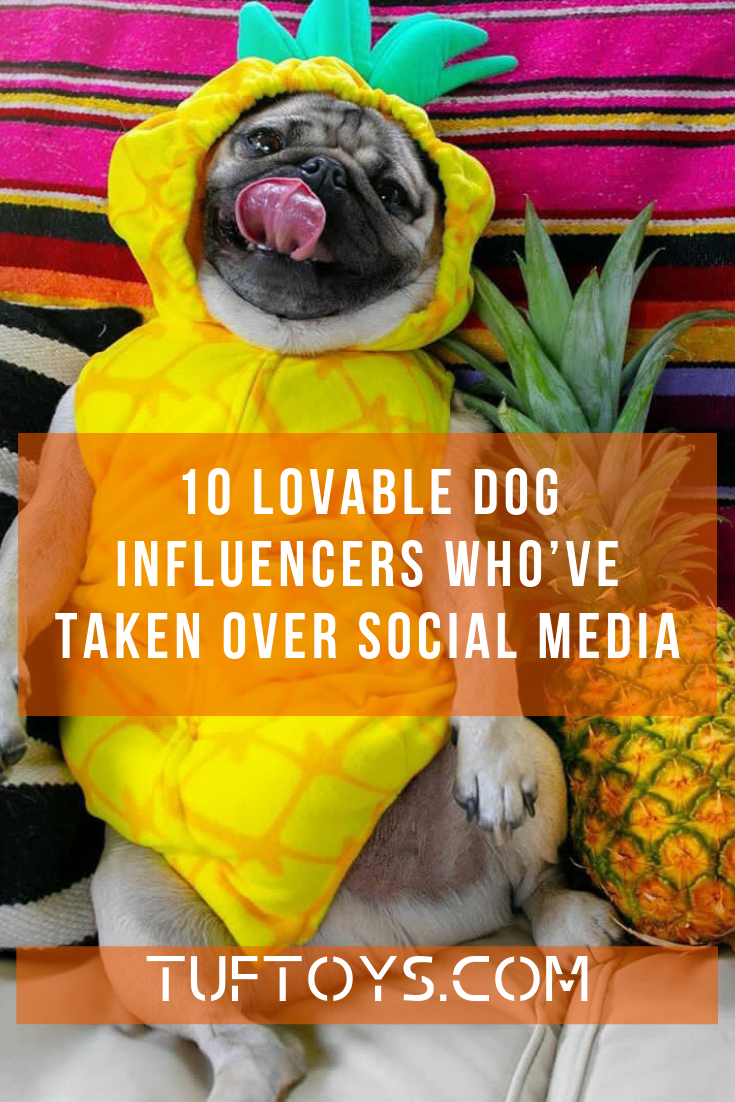 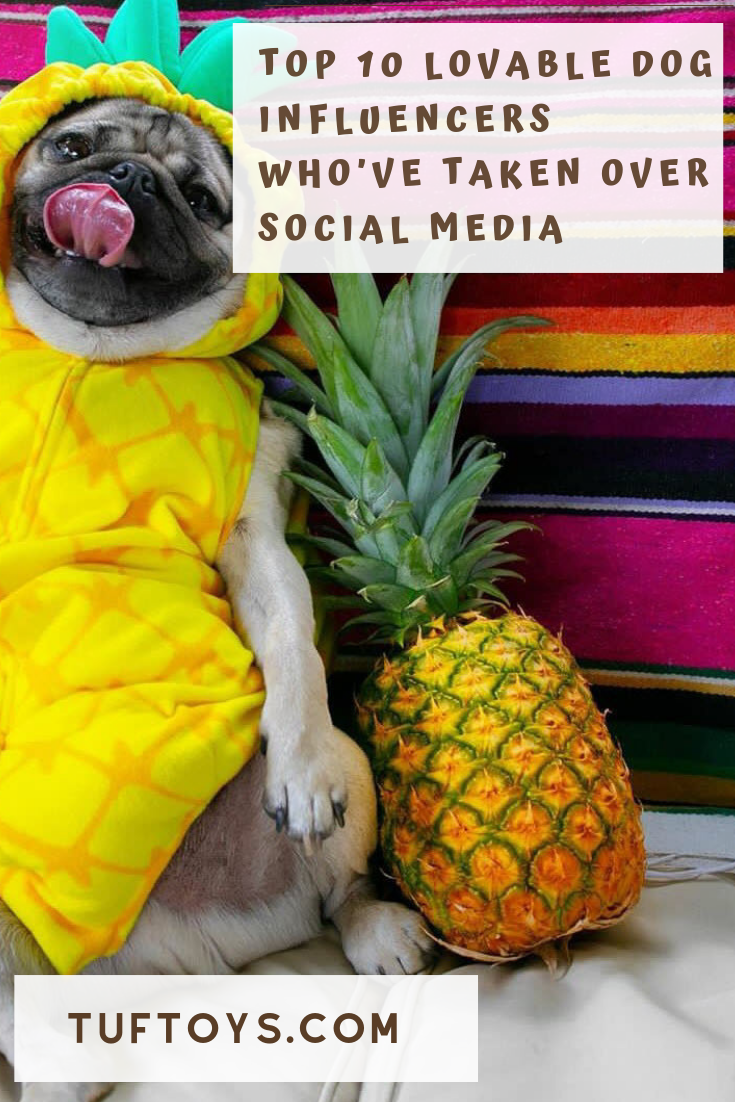 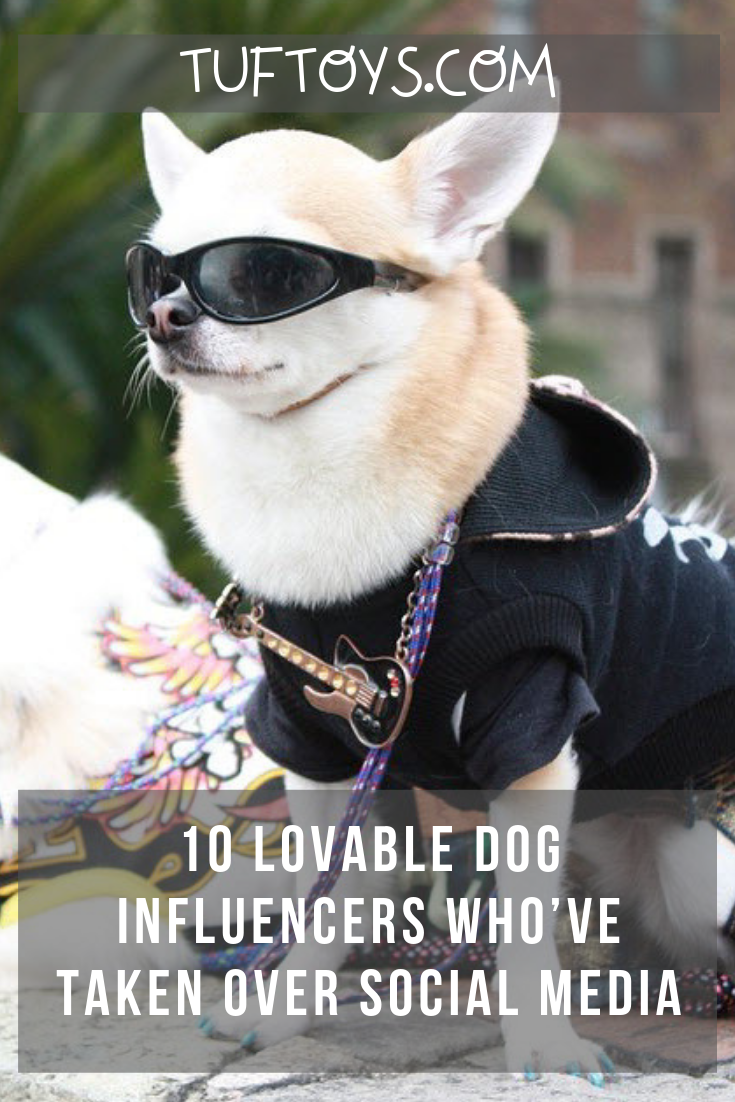 Could CBD Be The Answer To Your Dog’s Anxiety Issues?