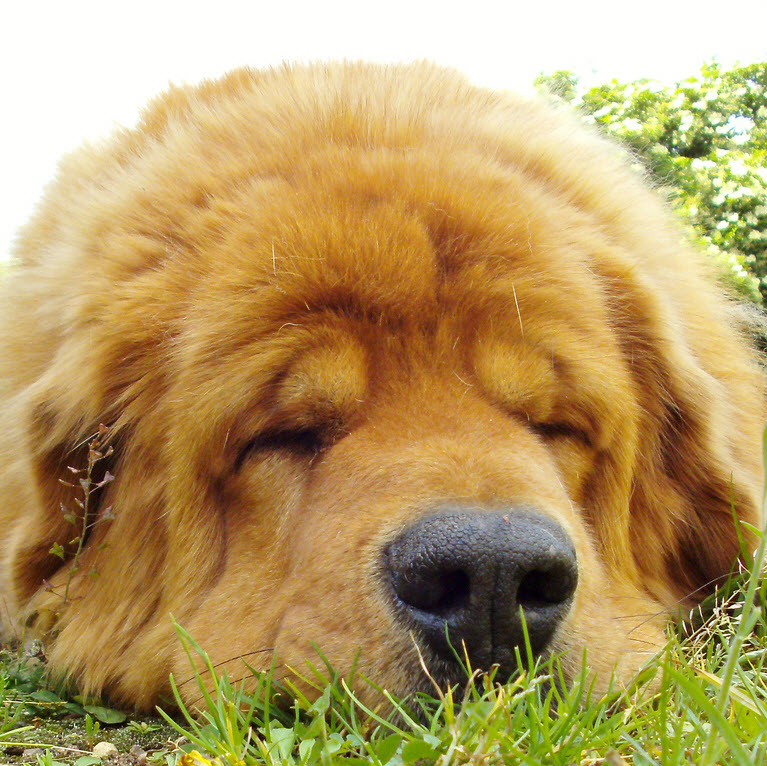 If You Have Cash To Splash

We know that experiencing a dog’s unconditional love is priceless, especially after years of being our faithful companion through thick and thin. Of course there are canines you can adopt and rescue to raise and love madly, but there are also dogs that, by their breed and appearance, can be extremely expensive. So if you have the inclination and the cash to splash, here is a list of 10 of the most expensive. 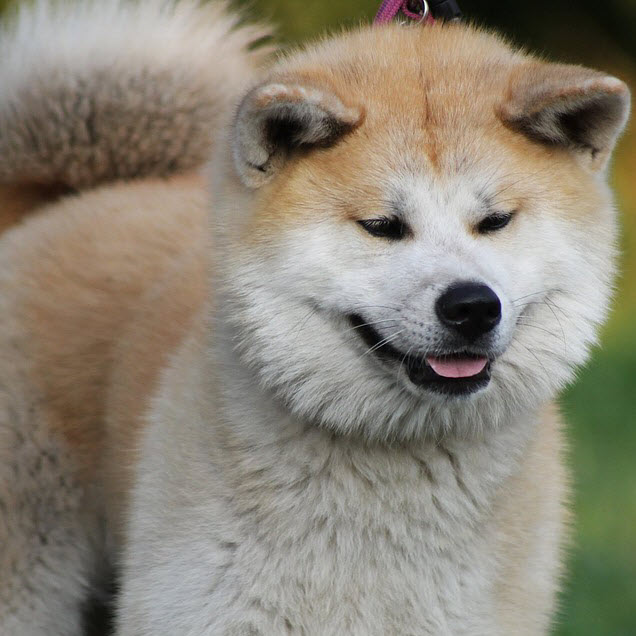 Did you ever hear about Hachiko, or did you watch Always By Your Side, the movie? It is the story of a Japanese Akita dog that waited for his master for 10 years. His owner had died of a heart attack while he was working as a teacher but Hachiko went every afternoon to pick him up at the train station, hoping to see him again and, in doing so, really stole our hearts. The Akita is native of the Akita city and its price is between $1,500 to $4,500. His main characteristic is his loyalty and affection to his master. It’s considered a gentle dog but it’s still included within the dangerous breeds because it has a powerful jaw that can produce a terrible bite. It measures up to 2.2 feet and weighs approximately 88 pounds. Its body is robust, has a tail coil towards the back and its abundant coat requires daily brushing. If you want a friend like this, Akitas will be an excellent choice because they prefer human company more than that of another dog 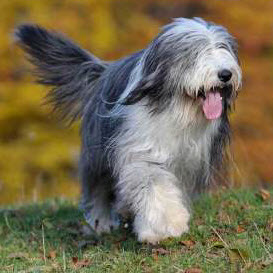 This breed comes from Scotland and North England. In the beginning, they were raised to care for herds and Great Britain and, although they continue to play this role, there are many who have also become the family’s best friends. It is medium in size and can reach a height of 1.8 feet and a weight of 62 pounds. Their coat is abundant and light-colored with white while puppies can be beige, brown or white. It is not a dog that fits any family because, being a lover of physical work, it will prefer that their owners are active and love to be outdoors. They are playful, enthusiastic and surprisingly wonderful in the way they bring joy to the home, although they can also be very sensitive. It is recommended to check their long ears to avoid infection or fungus. Their average lifespan is between 14 and 16 years. If you want a nice companion like this, you’ll have to save from $1,000 to $5,000

8) Dog Of The Pharaoh 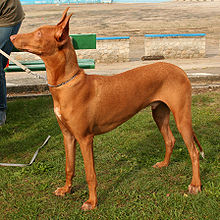 It is considered to be one of the oldest breeds in the world. Its value approaches $6500 and is a tall and slender canine with measurements of up to 2.2 feet and a weight of around 55 pounds. He does not need a lot of care or big spaces but he does need daily exercise, since he is a hunting and athletic dog. His fur is thin and short, dark brown and will need to be brushed daily. Unlike other races, the Pharaohs dog is independent and will not worry about getting his way. It has an average lifespan of 12 to 15 years and they are excellent companions. 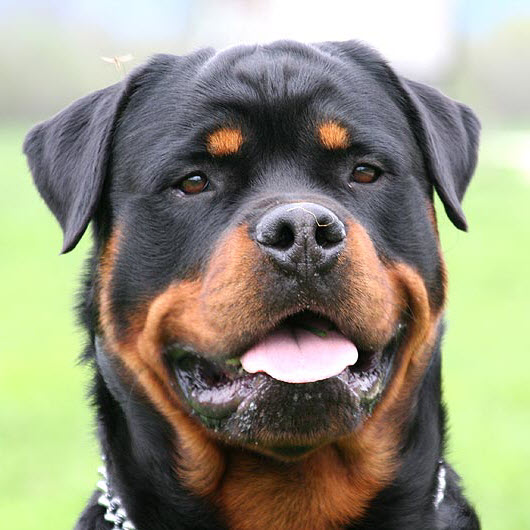 The Rottweiler is a stout breed with strong jaws, considered an ideal Guardian and police dog. By their rough appearance many fear them but, in spite of that, they can be docile and obedient. However, if you educate him in an aggressive environment, he will be a dominant dog, always defensive and will not tolerate any other dog. In particular, this breed is more prone to suffer parvovirus, so it should be vaccinated annually. It reaches up to 2.2 feet in height and has an excessive weight of 99 to 132 pounds, because it has a thick musculature. It is very important to keep it in physical activity and preferably stay in the home garden. By its nature this great canine is a protector of its owner and very alert. You should be very careful with their upbringing if you want one, because its instincts tend to be fierce. It could also typically set you back from $2,000 to $8,000 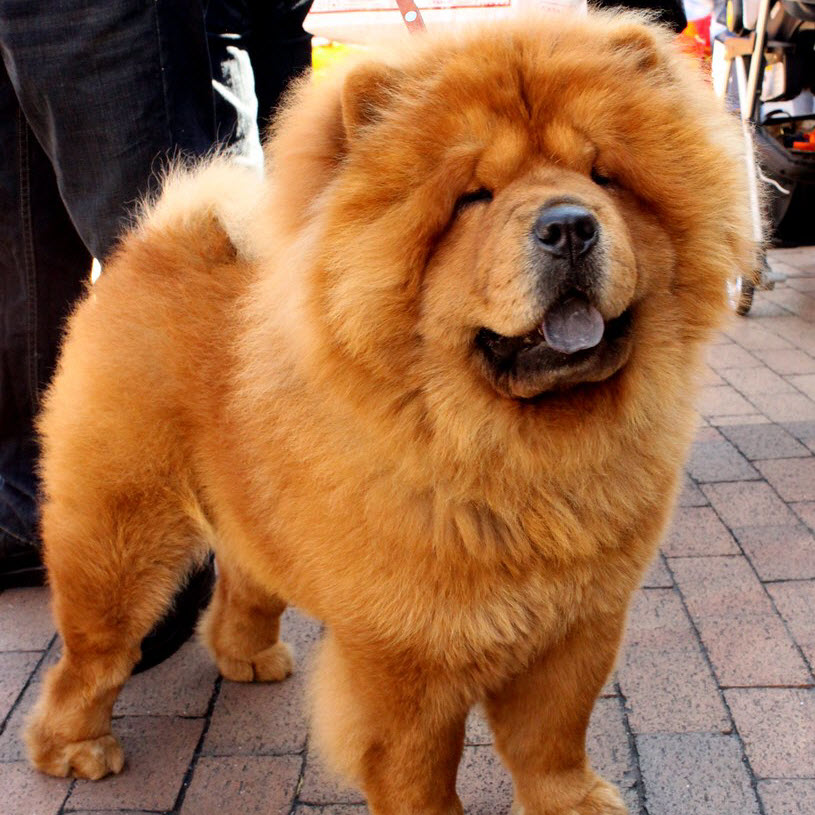 Chow Chow is from north china and is one of the oldest breeds that still exists. He was a watchdog, shepherd and companion in china. It has a very similar appearance to a cub because it has an abundant coat with the tonality that can be red, blue, black, white and cream that makes them look really adorable. This beautiful pet will be very attentive to you if you are his favorite person and, just like the Dog Of The Pharaoh, will not stop indulging in his own whims. It’s a good idea to educate this precious canine with socialization techniques, because they have a territorial instinct which can be a serious problem for people who are not part of the family. Chow Chow has a bluish tongue, measures up to 1.8 feet and can weigh up to 66 pounds. Living with one of these beautiful dogs will cost you from $3,000 to $8,500 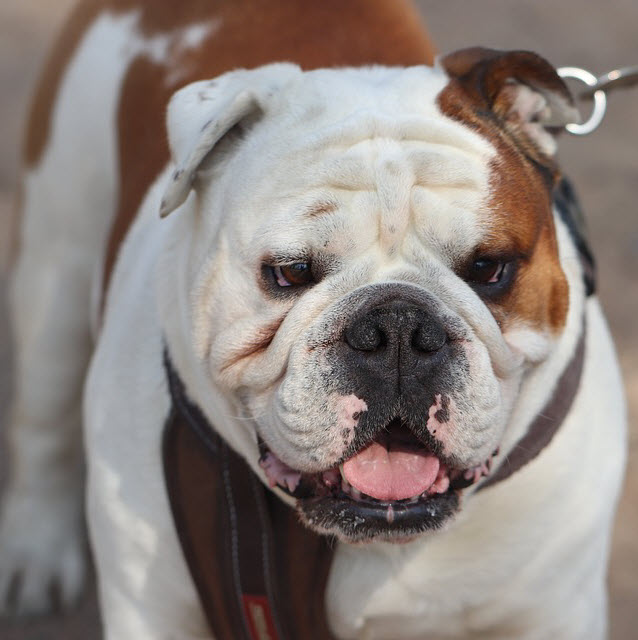 This chubby dog is recognized as a symbol in England. It comes from the United Kingdom and is believed to originate from the crossing of the Maltese Bolt with Mastiffs. Formally raised for dog fights in the UK, however, over time, the English bulldog has modified his temperament becoming an adorable, companion and capable of being tamed. It has a large head with round and beautiful black eyes, pointed ears dropped forward and a voluminous body with short legs. It measures up to 1.3 feet in length and can weigh about 66 pounds. One point that may be in your favor is that it does not require much exercise and will settle for a short walk but it will eat excessive amounts. He is a tolerant, affectionate and self-confident dog. Acquiring one can cost you from $2,500 to $9,000 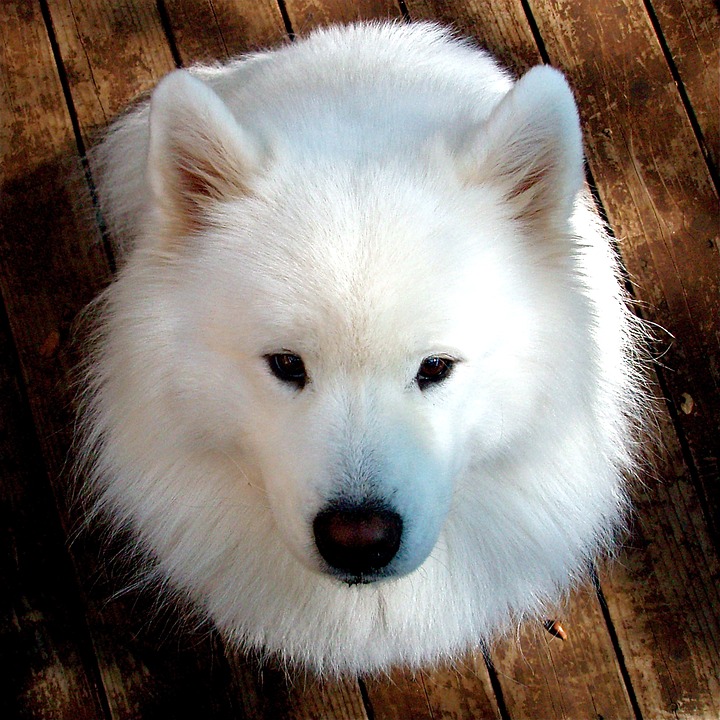 The Samoyed is a tenderly furry dog and mostly white or cream-colored. It is an intelligent, pleasant and somewhat independent pet. Behind his abundant and copious coat hides a muscular body. He has a fine head with a pointed nose and owns a tender, bent muzzle called Sammy’s Smile. It’s about 1.9 feet and approaches 66 pounds. Samoyeds are dogs that will love your presence and it is not advisable to leave them alone for long periods, because they may present depressive and destructive temperaments. They are pets that feed on quality food in few servings and require 20 to 40 minute exercise or a daily walk. Having the pleasure of enjoying this wonderful breed for an estimated time of 10 to 12 years can cost you about $11,000 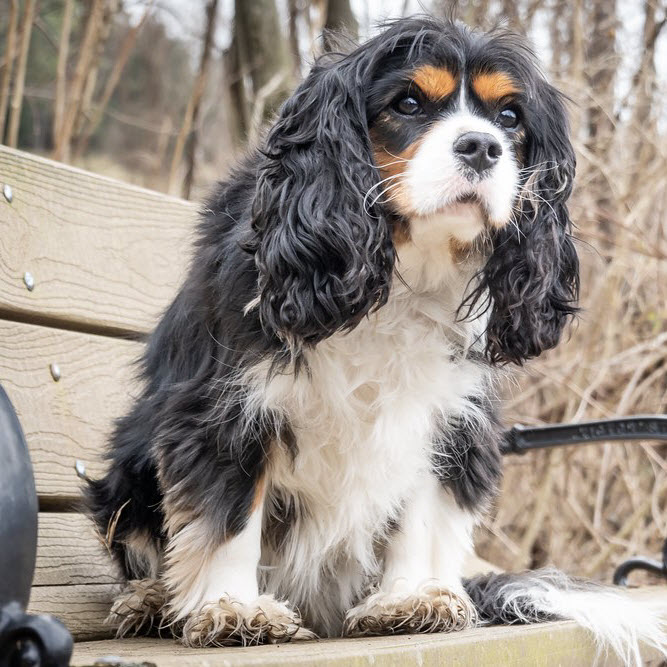 It’s particularly comes from the fact that since its beginnings, these adorable canines were the favorite mascot of the British royalty. Unlike other dogs, the King Charles Spaniel has been a companion dog from the past to the present day. Caring for a canine like this will cost you the surprising amount of $14,000. Their beautiful and loveable appearance reminds us of the unique dog in the movie The Lady And The Tramp, for her hairy little ears and sweet face. It is a dog breed that will melt your heart by seeing them, because, besides being beautiful, they have a cheerful personality, active and will enjoy you immensely if you pamper them. It is one of the smaller puppies of this top 10, but the largest of the dogs in the toy dog category. They can measure up to 1.1 feet approximately and wait little more than 18 pounds. 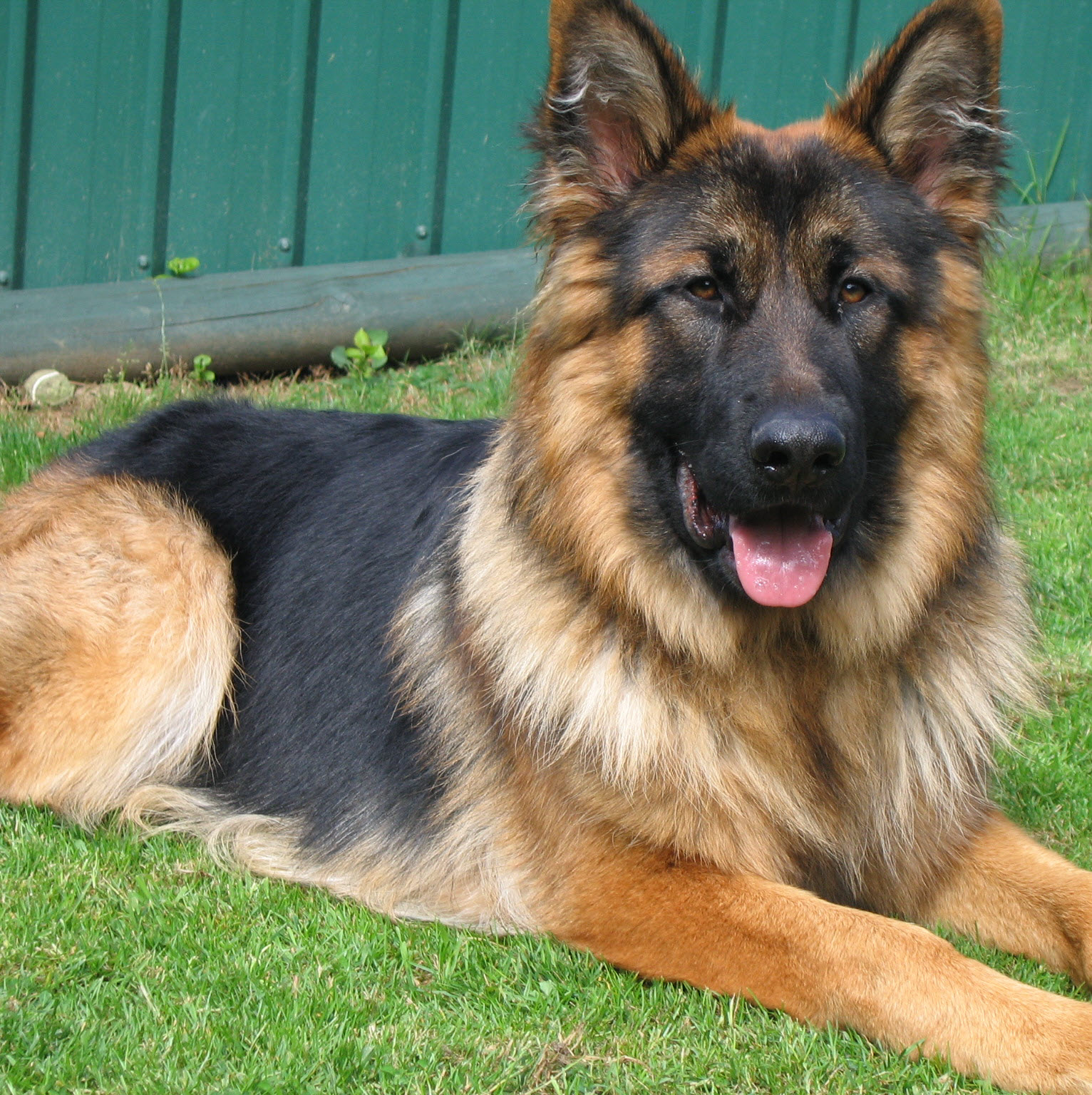 It is a perfect working breed and, although it was raised to watch sheep in the beginning, at the moment is a suitable companion that can be a guard dog, service dog or police dog. It is a canine capable of fulfilling demanding tasks and has a privileged muscular body and flexible legs. He is also known as the Alsatian and it’s temperament is super loyal. If you ever find yourself in danger, it will give its own life for you. It can cost up to $24,000 and approach 2.16 feet in height. Their life expectancy is 9 to 13 years

This very precious canine is very similar to a teddy bear, which became the most expensive dog breed in the world after a Chinese millionaire paid the exorbitant amount of $1,600,000 believe it or not. The dog was acquired in a dog show, where the wealthy Chinese did not hesitate to pay almost two million dollars for this dog that, besides being beautiful, is a faithful companion. It is the largest of this top 10, measuring about 2.3 feet. It’s a quiet pet, but if you provoke it it will bark and show those ferocious fangs. Definitely a complete work of vanity to acquire a canine like this.