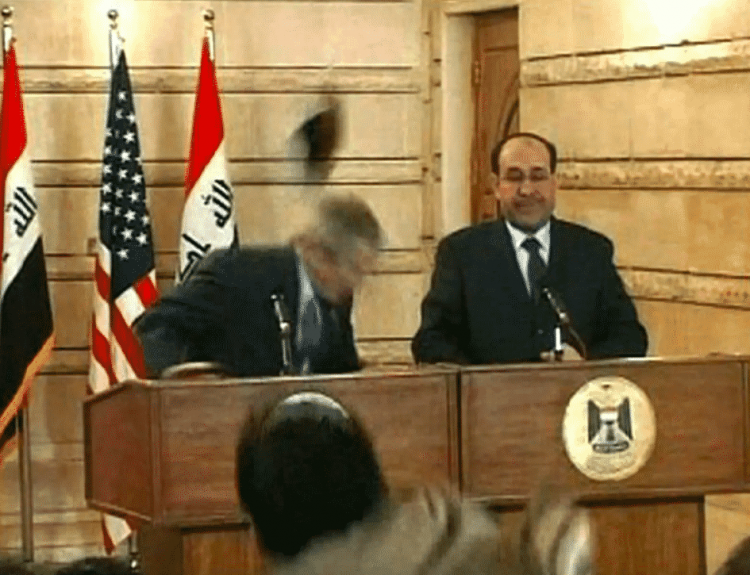 
One day, and I hope it’s soon, we’ll all be looking in our rearview mirrors at the COVID-19 pandemic. We’ll wipe a single tear from our eye, fondly remembering social distancing, homemade Purell and toilet paper hoarding with a jovial, if slightly pained, chuckle. Even if we’re trying to laugh about it right now, we can take comfort in the fact that someday, this will all just be a moment in history.

That’s the way I’m trying to think about the coronavirus, anyway. I mean, if London can survive the Blitz, we can survive this. I minored in European History in college, and the main reason was because the past is hilarious, if you have the right attitude and the right teacher. So forget about that old hag in high school who made you memorize June 28, 1914, we’re making history fun today. We all deserve to have an upbeat attitude and a positive perspective on the coronavirus.

Here are three historical events we can look back on today with a sense of humor, even if it wasn’t all that funny at the time.

This is the epitome of stupid history events that we all
freaked out over only to laugh about it. Early computer
programmers coded years with only two digits, leaving out the “19.” So 1981
would have been programmed as “81.” When 1999 came along, programmers thought
the internet would break because there was no code for 2000 and beyond. Some thought
computers would detect January 1, 2000 as January 1, 1900, and that had
implications for banking, transportation and tons of industries across the United
States.

When push came to shove at 12:01 a.m. on January 1, 2000, it
was surely anti-climactic. There was a bug that infected some equipment at a Japanese
nuclear energy facility, but very little actually happened as a result of the
supposed bug. Many now consider it a hoax.

Looking back, is it not hilarious that we didn’t program computers
to be able to stretch into the new millennium? With technology always
accessible in our pockets that’s more powerful than the earliest high-tech
computers, the whole premise of Y2K just seems so antiquated now, even though it
happened just 20 years ago.

George Bush and the shoe

So maybe this one was funny when it actually happened, but it
still reflected a sad truth of society.

In 2008, George Bush was delivering a press conference in
Iraq. Innocently enough, he and Prime Minister Nuri Kamal al-Maliki were
discussing the new security agreement between the countries. Out of nowhere, an
Iraqi journalist chucks both his shoes at the President, who dodges them
swiftly. The journalist
yelled: “This is a gift from the Iraqis; this is the farewell kiss, you
dog!” The clip is now totally meme-able. You can even watch it in a loop on
YouTube.

Hurling a shoe at someone is an insult of the highest order
in Iraq, and the journalist’s intentions reflected the sentiments of the entire
country, which the New York Times summarized:

“The shoe-throwing incident in Baghdad punctuated Mr. Bush’s
visit here – his fourth – in a deeply symbolic way, reflecting the conflicted
views in Iraq of a man who toppled Saddam Hussein, ordered the occupation of
the country and brought it freedoms unthinkable under Mr. Hussein’s rule but at
enormous costs.”

Ramifications from wars in Iraq and Afghanistan are still in
the minds of many Americans today, but we can still look at the shoeing as a
funny thing that happened and that we’ve moved on from.

Creating the Church of England

Everyone knows Henry VIII had a ton of wives, and that he had
Anne Boleyn executed, but the circumstances under which all this went down are
quite funny.

Henry VIII ascended
to the throne at 17 and married Catherine of Aragon, from Spain, shortly
after, even though she had previously been married to his brother, Arthur, before
he died. She and Henry had a daughter, Mary.

But Henry desperately wanted a son to be his heir to the throne.
Women could still become monarch at the time, but you know, sexism and all. Doubts
were also growing about the legitimacy of his marriage to Catherine, because
wow, he married his brother’s widow. He thought the marriage was cursed because
she couldn’t bear a son. He was also having an affair with the famous Anne Boleyn.
Real nice guy.

He asks the Catholic Church, based in Rome, for a papal
order that would allow him to divorce Catherine and remarry. The Church, obviously,
was like, “nah,” and Henry said, “okay, fine. I’m making my own church.”

So that’s what he did. He seceded from the Catholic Church
and created a quote unquote protestant Church of England. The protestant part
was definitely to rub it in the papacy’s face, as the Reformation was going on
at the same time and the Church was losing followers rapidly to new forms of Christianity.
But looking at the religion’s actual practices and beliefs, it’s exactly the
same as Catholicism, except divorce is legal. The creation of the Church of
England was literally just a way for Henry to divorce Catherine and not
actually a separation of ideas.

Henry goes on to marry Anne Boelyn, and he executes her because
she can’t produce a son. The saying for
remembering the ill fates of Henry’s six wives goes: divorced, beheaded,
died, divorced, beheaded, survived. Google some of the other ones if you’re
curious, they’re similarly funny. You should also Google Henry VIII’s corpse
while you’re there. Sure, these events uncover an ugly leader and reveal
attitudes towards women, but this happened so long ago that it’s okay to have a
laugh too while you contemplate the long, long history of violence against
women.

If you enjoyed this and want more funny history things to enjoy during this time of struggle, Google “World War I bar fight,” “Napoleon Bonaparte castration,” “funny history reddit” or watch a few episodes of “Drunk History,” available on Hulu and Amazon Prime Video.