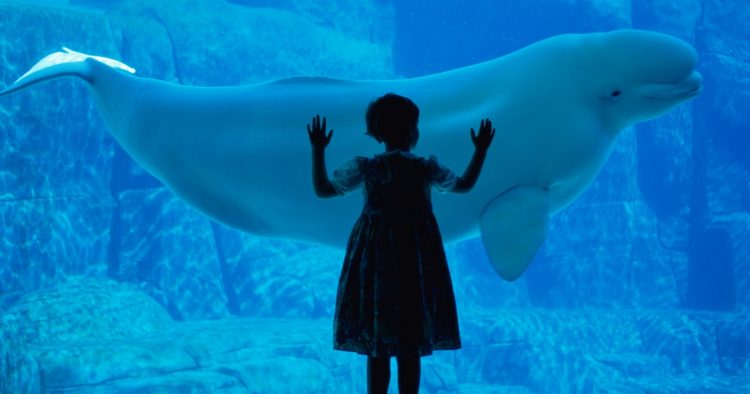 Whale hello there! Did you stumble on this page because you have a kid obsessed with all things fish, marine life, and whales? Do you have a future marine biologist in your home who rattles off whale fun facts to you any chance they get?

Did you know that the blue whale is the largest animal that has ever lived? They can grow up to 90 feet (or more!) and can weigh as much as 24 elephants. Some whales can even live for 200 years or more and some can dive deep. In 2014, a Cuvier’s beaked whale made one of the deepest dives at 1.9 miles. Like how are whales even real? They’re out of this world (No wonder your kid is obsessed).

We are all about helping you feed your child’s curiosities, so we went ahead and rounded up the wittiest, corniest, and funniest whale puns and jokes that will keep your little one occupied for minutes and minutes of fun. Looking for Narwhal jokes? We got them. Beluga whale funnies? Yup! Humpback whale double entendres? Maybe as a special wink-wink to parents but nothing too risqué for little eyes to read.

Want more fun animal jokes? We have a whole zoo’s worth of funnies including about cows, giraffes, owls, pigs, birds, farm jokes, and so much more jokes for kids!

1. What did the dolphin say to the blue whale? “Cheer up!”

2. Why did the two whales get married? Because they were head over fins in love!

3. Where are whales weighed? At a whale weigh station.

4. What do you call a baby whale? A little squirt!

5. Why did the whale cross the ocean? To get to the other tide!

6. How do you get banned from Sea World? Free Willy.

7. What is a whale’s favorite sandwich? Krilled cheese!

8. Whales are the saddest creatures in the world. They always have a heavy heart.

9. What do whales like to draw with? A-krill-ic paint.

10. How do fish travel long distances? They whale a taxi.

11. Why did the killer whale go to jail for stealing all the diamonds? He’s the one that orca-strated the heist!

12. What do you call a whale with bad posture? A hunchback whale.

16. Where does a killer whale go to get braces? The orca-dentist.

17. What’s a whale’s favorite movie? The Humpback Of Notre Dame.

18. What’s the difference between a marine biologist and a dog? One tags a whale, the other wags a tail.

19. What do you get if you cross a whale with an elephant? A submarine with a built-in snorkel.

20. What do whales like to eat? Fish and ships!

22. Knock, knock.
Who’s there?
Whale.
Whale who?
Whale that’s enough of that joke!

23. What do whales need to stay healthy? Vitamin Sea!

24. Someone told me that whales could squirt ink, then I realized they were just squidding.

26. What did the whale say? Nothing! It just wailed.

27. Why do whales like saltwater? Pepper makes them sneeze!

28. What was the orca’s favorite game show? Whale of Fortune.

29. How do whales make decisions? They flipper coin.

30. What birthday party game do whales like to play? Salmon says.

32. How did the octopus make the whale laugh? With ten-tickles!

34. Where do whales sleep at bedtime? In water beds!

35. What time is it when a whale jumps into your boat? Time to get a new boat!

36. Why did the whale call the detective? Because he saw something fishy going on!

38. Why do whales sing? Because they can’t talk!

39. How do you make fish laugh? By telling them a whale of a tale!

40. Why aren’t whales afraid of pirates? They like being made to walk the plankton!

41. What did the mummy whale do when her daughter stayed out too late? She flipped!

42. Why do killer whales find it hard to make friends? Because they’re too orc-ward!

43. A man in a movie theater notices what looks like a whale sitting next to him.
“Are you a whale?” asked the man, surprised.
“Yes.”
“What are you doing at the movies?”
The whale replied, “Well, I liked the book.”

44. What do whales like to do for fun?
Netflix and Krill

45. How do whales prepare for a party?
They orca-nise it.

48. “Whale whale whale look who it is.” My buddy hates when I visit him at the aquarium.
He says I’m not using the word for its intended porpoise.

49. The blue whale is so big, that if you laid it end to end on a basketball court,
The game would be cancelled.

50. What do a group of whales listen to on a long journey?
Podcasts.

51. Why should you never make a contract with a whale?
The whale will eventually breach.