by Andy
in Health, Lifestyle
0 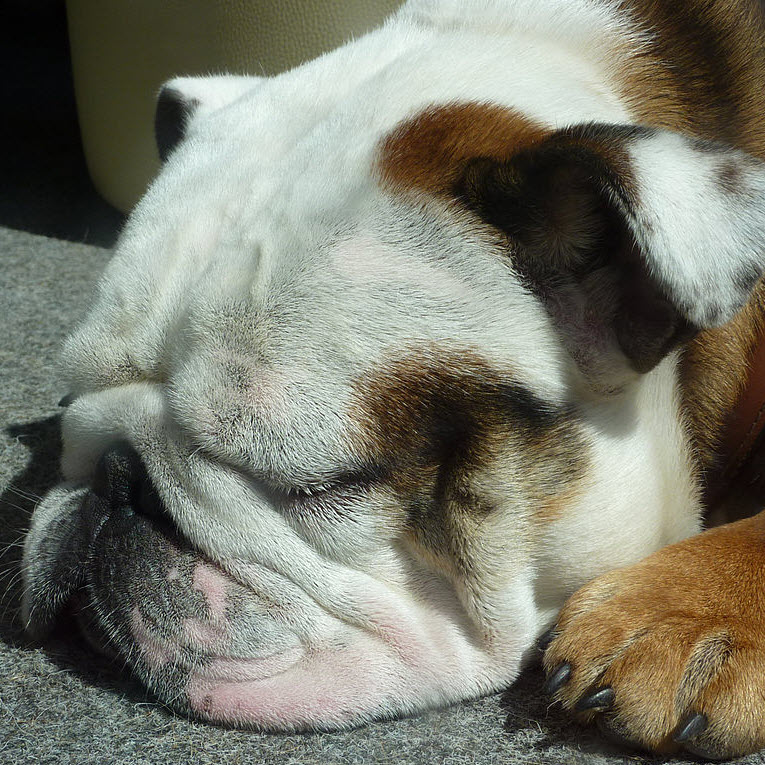 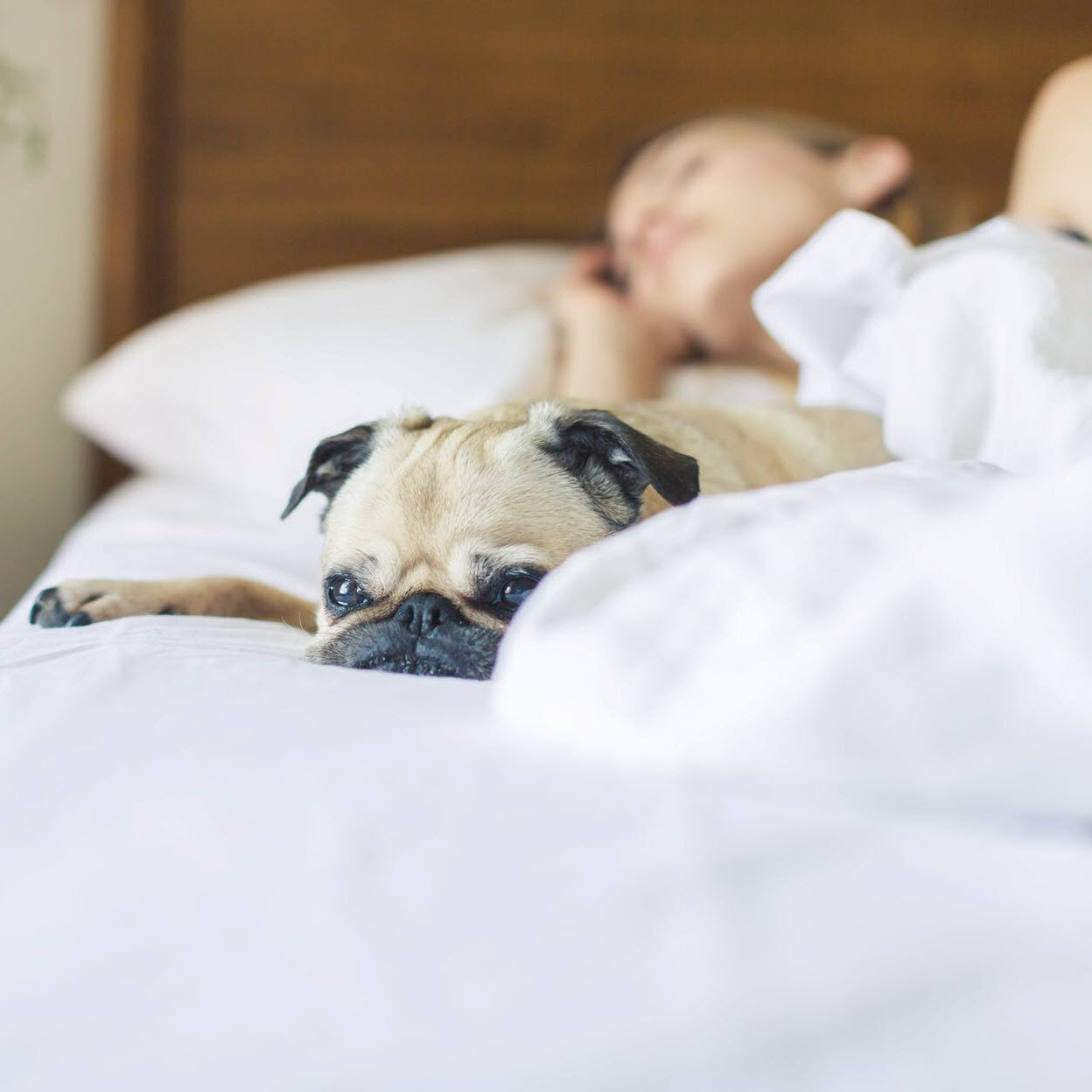 Dog owners are often surprised to discover that their beloved dogs actually snore like humans do. Unlike humans though, dogs are adorable when they snore. Dogs can snore for a variety of reasons that are not at all adorable. Obstruction, obesity, faulty air passages, fungal diseases, allergies, medications, secondhand smoke and other pollutions are the most common causes of snoring in dogs of various ages, sizes, and breeds. 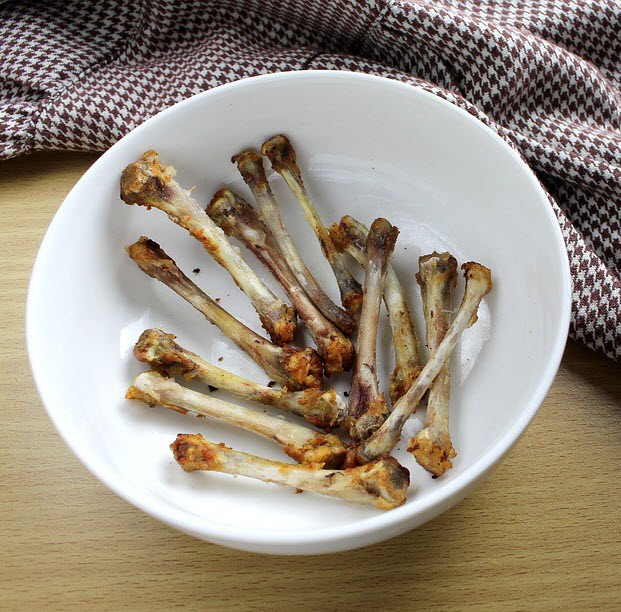 There are 2 kinds of obstruction that can make breathing difficult for our furry pals: foreign objects that somehow ended up in our dogs’ air passages or build-ups that their bodies produced. Since dogs don’t know any better than to swallow every object they can get between their jaws, or sniff every corner they can sniff, having foreign obstructions is one of the most common causes of snoring. It may be a small bone stuck in their throat or a seed stuck in their nose, but these obstructions can definitely cause our dogs to snore. Snoring from foreign obstructions though is the least of our problems. What really makes this dangerous is the possibility of infection and the build up of mucous in the area; this can further obstruct our dogs’ air passages and bring about more serious illnesses.

Obstruction from build-ups like mucous, blood, or other matters produced by their bodies also cause dogs to snore. This is far more serious because it can lead to serious infections that can be fatal. Obstructions like these are often already symptoms of other health issues. For example, snoring caused by blocked nose may be a symptom of swollen mucous membrane or a respiratory infection. Since obstructions are the easiest causes of snoring to spot, it’s best to explore this possibility first. Whether we are able or unable to identify whether an obstruction causes our dogs to snore, the best recourse would be to take them to the vet for professional inspection and removal of the obstruction. 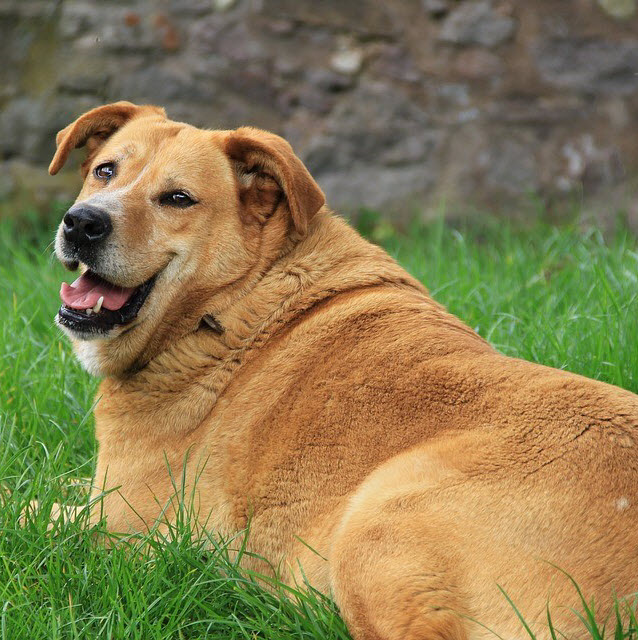 While it’s true that there’s beauty in every size, when our pet dogs get chubbier, their throats also get tighter. This is because the linings of their throats get pushed together by fats, blocking their airways. The windpipes of some dogs who put on a bit too much weight can shut close when their asleep, causing them to snore. Most dogs are overweight or obese, and they don’t even have to be extremely heavy set to snore. Snoring is a sign of difficulty in breathing. This makes sleeps not as restful as they should be because not enough oxygen is inhaled and transported to the brain when windpipes are shut close.

After checking for obstructions, the next step to try and relieve our dogs from snoring is to check if they’re overweight. If they are, we can limit their food portions and encourage them to exercise by playing with them. Vets would be the best people to consult when it comes to dietary recommendations for overweight or obese dogs. It may be a challenge to resist giving them too much treats with their pleasing puppy eyes, but it is what’s best for them in the long run. Snoring dogs may be cute and all, but it’s often a symptom of a much serious health issue than it seems. Losing weight can also prevent other complications from arising, and usually have profound effects on our dogs’ happiness and well-being. 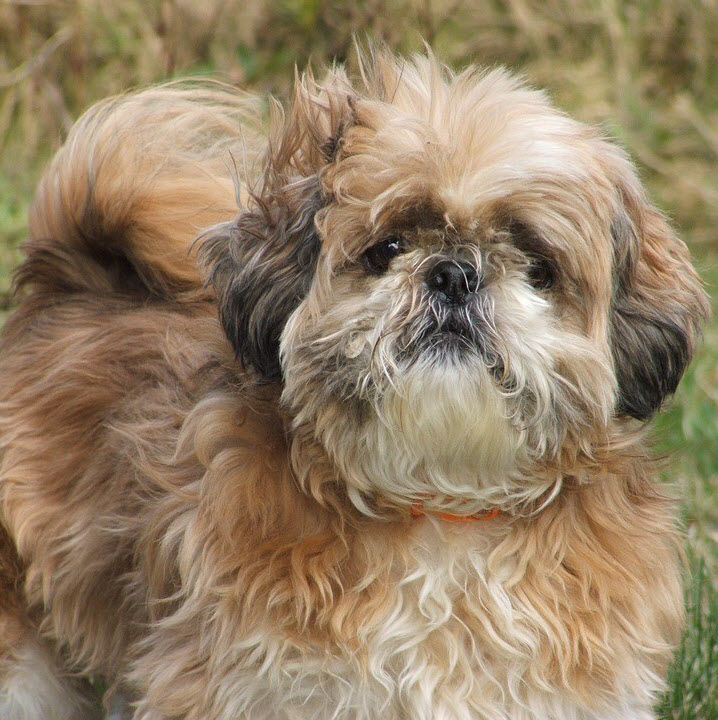 Beyond the big factor that is weight management problems, some dogs are still snorers while others are not. As in humans, snoring in dogs could mean that the air they breathe is restricted in their throats. A restriction in dogs’ throats that is easier to resolve is one that is caused by their sleeping position. Sometimes, sleeping on their backs cause their tongues to partially block up their throat where the air they breathe passes. Dogs with shorter snouts are more likely to snore. Not to discriminate against certain dog breeds, but Pugs, Shih Tzus, Bulldogs, and other breeds with short snouts really snore more than the others. While this might seem okay since their snouts are what they were born with and something they might get used to, it’s still best to consult with the vet if our dogs might need surgical procedure to open up their air passages a little more to make breathing easier for them. Our dogs’ breeds with shorter snouts are more prone to snoring than our other dogs because they have shorter air passages. These short air passages make them have to work harder in order to breathe. Just imagine a life where we humans would have to voluntarily breathe.

Some of our snorer dog breeds were not always snorers. In fact, some may not even have been short-snouted breeds. Pugs, Shih tzus, Chihuahuas, King Charles Cavaliers, Boxers, and English Bulldogs did not look like the way they do today compared to when they were on the laps of emperors or hunting with noblemen. Because people want cute, dog breeders have us cute. They selectively bred smaller dogs with broad skulls and short snouts; these features are often associated with friendliness and tameness, while longer snouts and vertical faces like those of foxes are often associated with aggressive and predatory behavior. Selectively bred dogs have shrunk over decades, but the tissue of the roof of their mouths near their throats didn’t. Every time they inhale and exhale, this tissue gets pulled back and forth, blocking their airways and making sounds that we hear as snores. 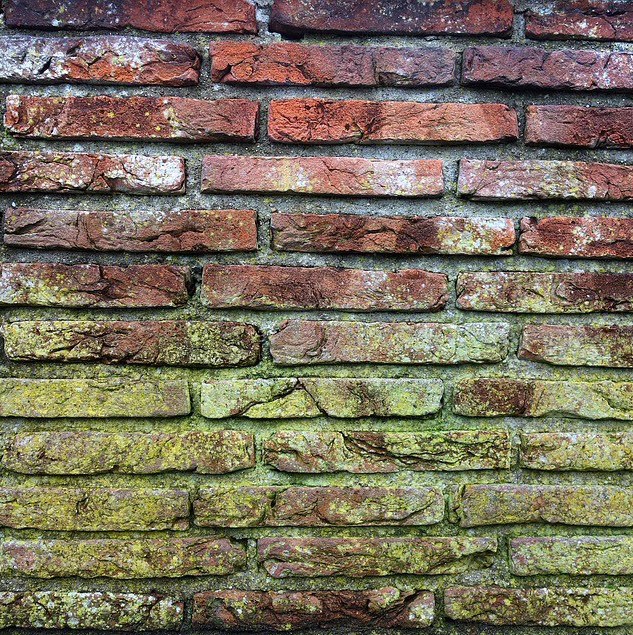 Because our dogs are sniffers, it is inevitable for them to inhale various particles from every corner of our homes or the park. Dog owners who have dusty homes should be worried because snoring can be the result of molds from dusts. These molds that are also present on grass and hay leave outdoor dogs in danger just as much. When our dogs inhale molds through their moist noses, they may develop a fungal disease which will swell up their air passageways and lead to sneezing and of course, snoring. So if no foreign obstructions are found and our dogs’ weights and breeds aren’t the problem, the vet may conduct a test to see if a fungal disease is present in our snoring dogs. To stop snoring caused by a fungal disease, our dogs will be able to breathe better if we administer their medication, clean up our houses, and watch out for moldy grasses when taking them on walks. 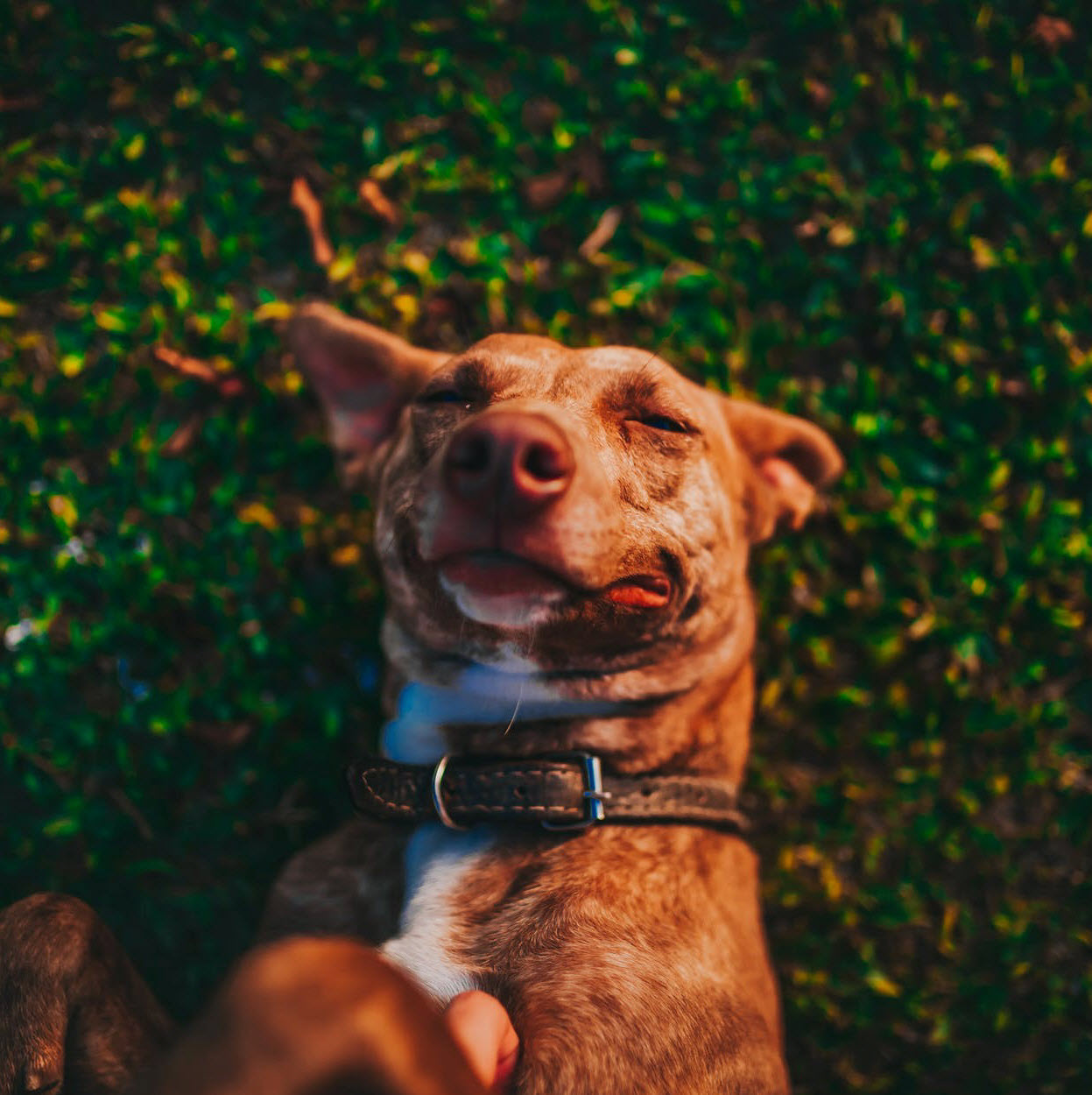 Allergens to humans are also still allergens to dogs. If smoke, perfume, pollen, dust, or freshly cut grass can make us sneeze and itch, it’s also possible for these to irritate our dogs’ air passageways. Irritated air passageways swell up, and this limits the space for the air they breathe to pass through, making sounds that we hear as snoring. Careful observation can help us identify the cause of our dogs’ snoring. For snoring caused by allergies, we may observe our dogs’ snoring patterns in order to identify what our dogs are allergic to. Although the safest way to relieve them from snoring and allergies is to take them to the vet, administer the prescribed medication, and clear up their living spaces from all possible allergens. Other than the swelling up of the tissues in the mouth and throat, another symptom of snoring brought about by allergy is colds. Colds also contribute to the blockage of our dogs’ air passageways and cause snoring. 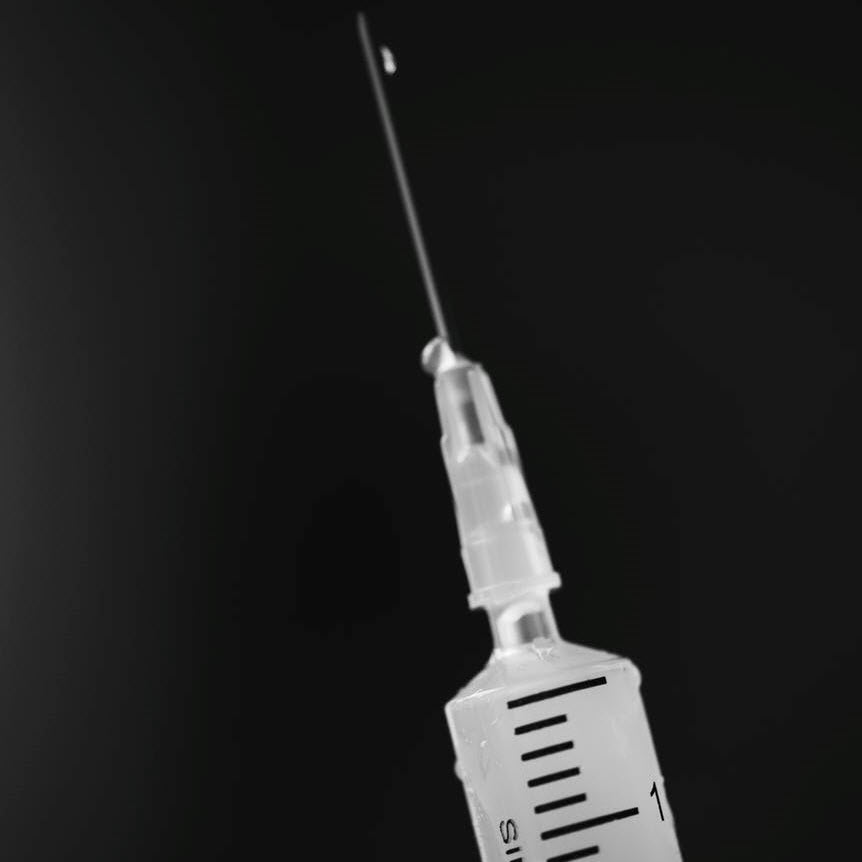 Medications may cause air passageways of our dogs to swell up and tighten, or relax too much and loosen up throughout the course of their medication; both side effects may cause snoring. If snoring does not stop after dogs’ medications, it may be caused by other factors that can potentially be harmful in the long run. 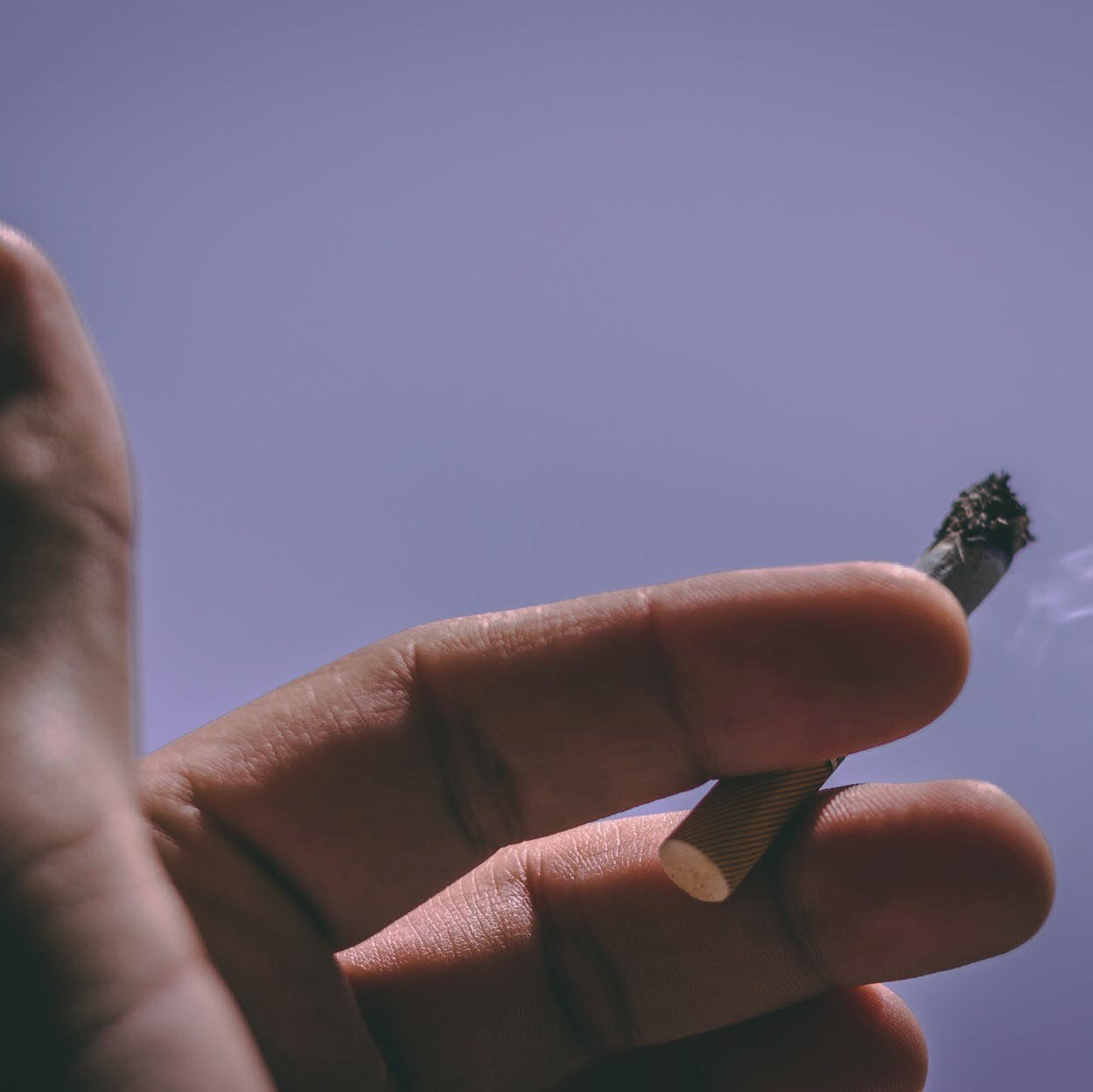 Dog owners who smoke may not have considered it, but smoke from tobacco products destroys their lungs and their dogs’. Similar to how secondhand smoke damages other people’s lungs more, it can also have worse effects on dogs’ lungs. Not only does secondhand smoke carry allergens, it can also bring about severe difficulty in breathing which can be fatal to dogs. Smokers who have snorer dogs may help ease up their dogs’ snoring by opting to smoke outdoors far away from their beloved pets. Because prevention is better than cure, keeping our dogs away from all forms of smoke from incense sticks and bonfires whether they snore or not may be beneficial to their overall health.

Here Are 8 Of The Loudest Snoring Breeds 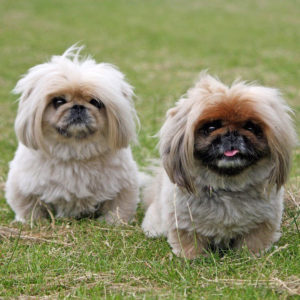 Since dogs with shorter snouts are more prone to snoring, they also do it the loudest. These are the dog breeds that are the loudest of snorers:

Pugs may be small, only weighing an average of 20 pounds or 9 kilograms, but they are some of the noisiest of snorers ever. Their small and squished-in faces are to blame for their snoring and difficulty in breathing. To help their future puppies, it may be best to have our Pugs bred with bigger and longer snouted dog breeds like Standard Poodles.

Like Pugs, the squished-in faces of Bulldogs make them louth breathers. In addition to this, they are also prone to obesity, and may benefit from a regulated diet and enough daily exercise.

In addition to their wrinkly faces, their upturned noses are symptoms of their short air passageways. Making sure that these dogs don’t get oral and nasal infections and diseases will help manage their snoring.

Frenchies are short, stout, and loud snorers. When they’re awake, they also breathe heavily, grunting and snorting because of their flat faces.

Their breed may be big, but Black Russian Terriers still snore loud because their snouts are short. They are also commonly heavyset, which contributes to their loud breathing.

These balls of fur may be tiny, but Pekingese snore like drunken sailors because the tissue of the roofs of their mouths didn’t shrink with them throughout the decades. Puppies of Pekingese will benefit from having another parent breed that is slightly bigger and longer snouted.

Clumber spaniels may not have been bred to be small, but because they easily gain weight, they are some of the dog breeds that snore loudly. Dog owners may focus on helping their Climber Spaniels keep a healthy lifestyle by letting them regularly play and socialize outdoors.

This friendly dog breed kind of looks like French Bulldogs. Unfortunately, upturned ears are not the only thing they have in common. Boston Terriers are also loud snorers because of their flat faces. Mating with longer snouted dog breeds will benefit the puppies of Boston Terriers. 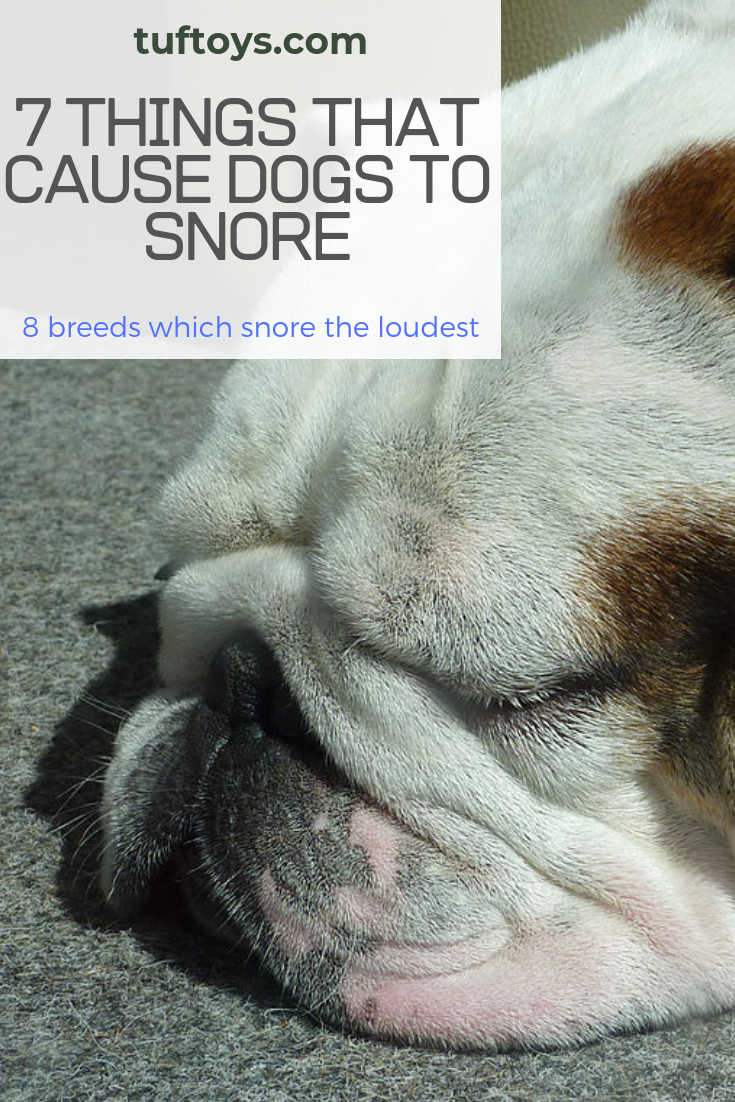 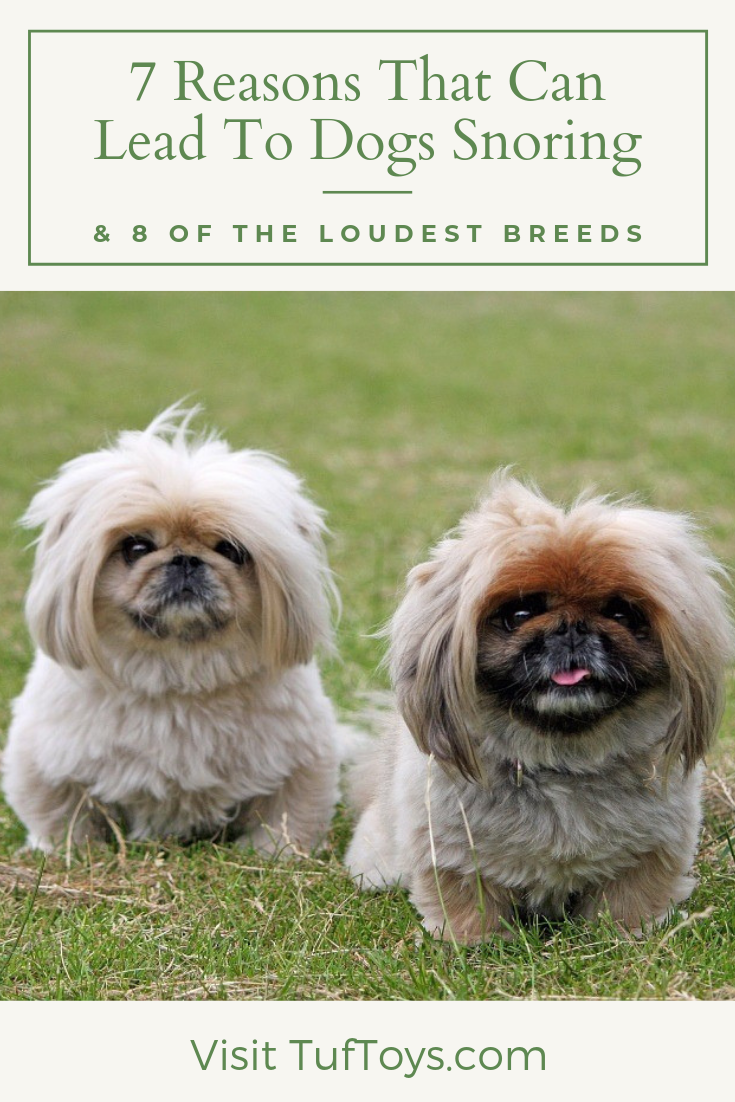 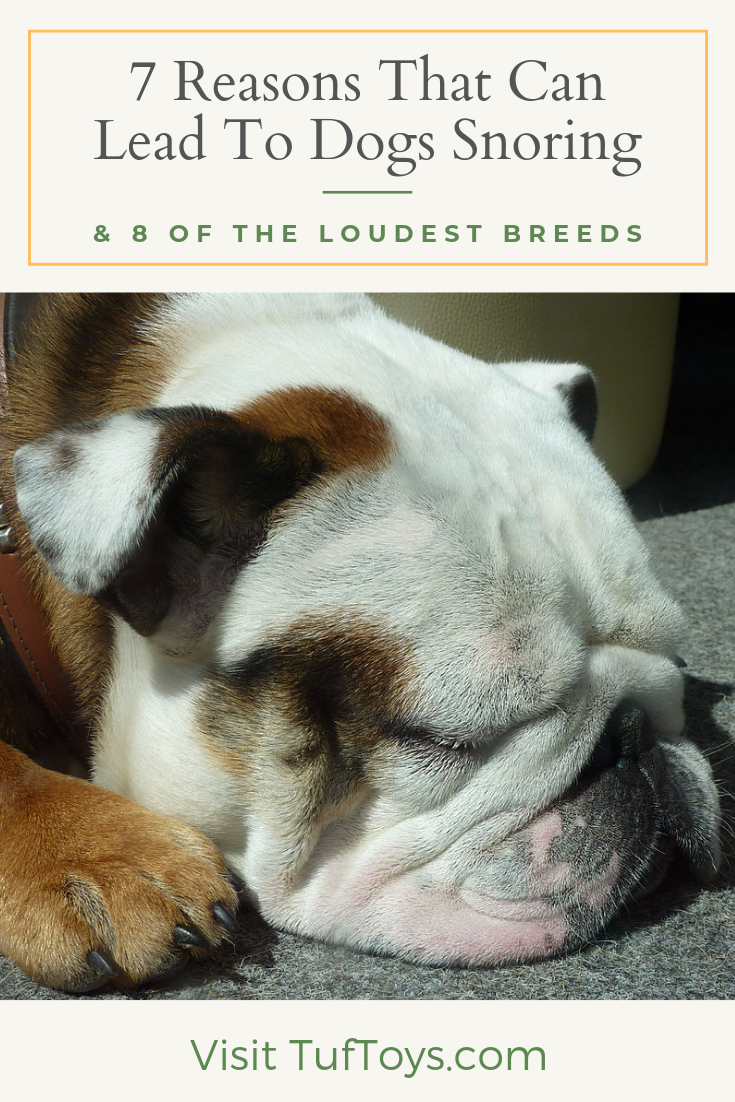 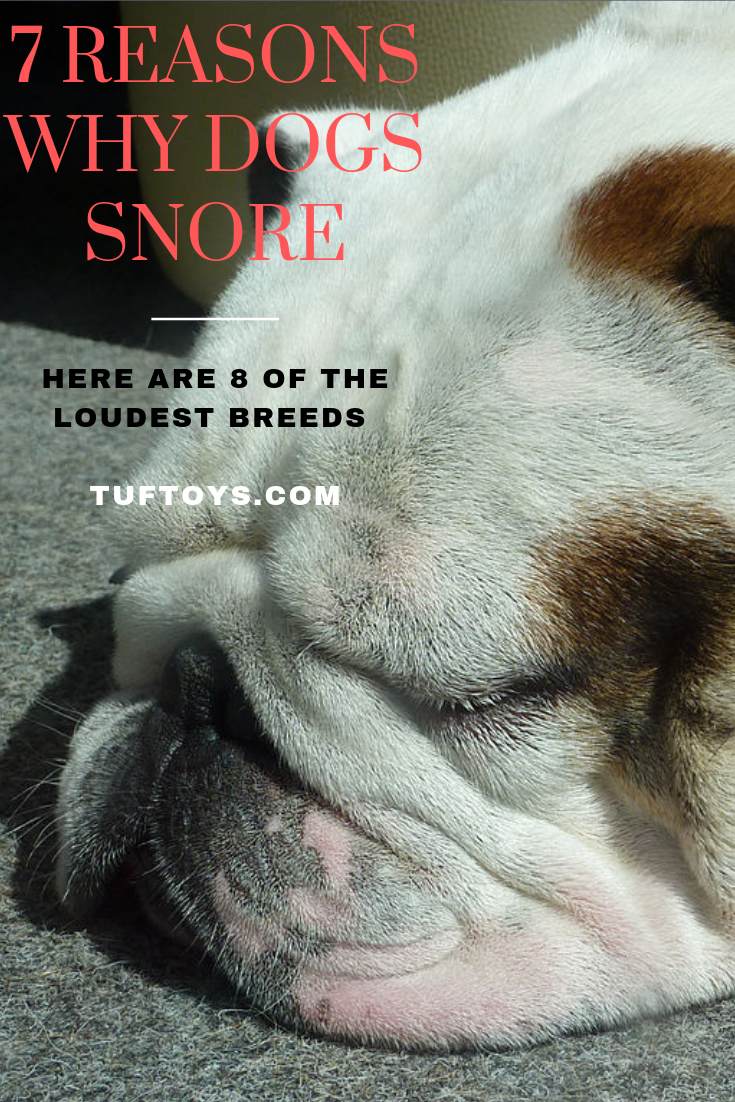 Why Can’t Dogs Recognize Themselves In The Mirror? 10 Animals That Can