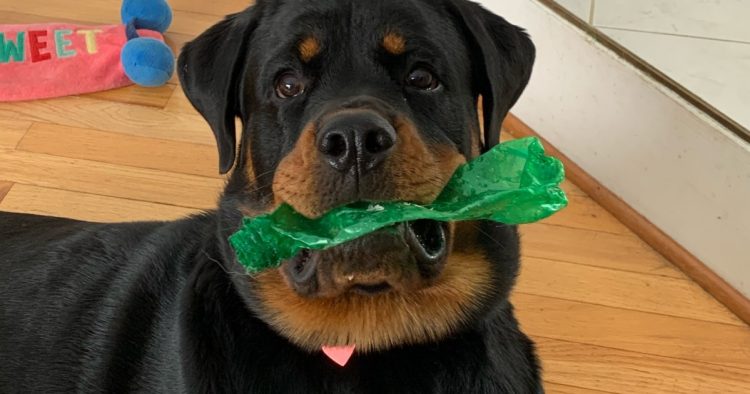 PORTSMOUTH, Va. — Eight dogs died at a training facility in Portsmouth due to what was described as a “freak accident” and equipment failure, according to officials and a post on the facility’s Facebook.

The Portsmouth Animal Control is investigating the incident.

“At the time, they just said that their AC went out and that they went to church and they were gone for roughly four hours. When they came home, they said multiple dogs had passed away, some of them were sick and they just started spraying them down with water trying to cool them off,” said Chris Kowalski, whose family lost their 10-month-old puppy in the accident.

He continued, “I spoke with [owner Nicole Hubert] on Monday, and I guess there was actually a short in their HVAC system and rather than the AC just being faulty, it caused it to blow out hot air the entire time they were gone.”

“Last weekend we had a freak accident that resulted in the loss of both members of our personal pack as well as several of our clients dogs. We are devastated by the loss and have tried to show compassion and respect for the wishes of the parents of those that were lost. We have been in direct, timely contact with each person affected by the accident and have been transparent with the events surrounding the accident. Once the immediate crisis was handled, we investigated the cause, found, and corrected the equipment failure, as well as are continuing to put measures in place to prevent any chances this situation could happen again.

We have been in contact with animal control and have cooperated fully with their investigation.

Words cannot begin to express our sadness we feel as a team and we understand the outrage and concern. We appreciate the support from our clients who have reached out during this terrible time to offer their condolences and continued support.”

Kowalski said his puppy who died, Max, brought a lot of smiles to everyone he met. Even though he was technically a Rottweiler and not a human, he was a member of their family.

“He was awesome,” Kowalski said.

Max was already a good boy when they got him, but Kowalski and his son wanted the puppy to have a little extra training.

On the recommendation of a friend, they brought Max to Virginia Beach Dog Training in Portsmouth.

“He was supposed to go there for three weeks, come home and be trained enough to be able to walk around without a leash,” he said. “I read their reviews on Facebook and everything. Every review was five-star, top-of-the-line results, great people.”

Kowalski said staff members picked him up on Friday and then two days later, on May 23, they received a call that changed everything.

“We got a phone call that said there had been an accident and Max was not OK. I immediately asked them if he was alive and they said no,” Kowalski said.

He said their family rushed to the pet hospital where Max was taken and after many tears, they decided to cremate him.

“He was taken from me, and anybody who has a pet knows that that pet that is like a child and will be able to relate to this,” Holloway said.

Holloway just had a daughter and was looking forward to the two growing up together.

After the incident, both men said they tried to leave reviews on Facebook, but the company’s page was gone.

“What really got to me was when they took their Facebook page down and we couldn’t leave comments and reviews for other people considering to use them in the future” Kowalski said. “It also hurt that 24 hours later, they did bring another dog in. I mean, they just had six to eight dogs die there Sunday afternoon and they brought a new one in Monday afternoon.”

Kowalski then posted Max’s story on his own Facebook page. He urged others not to take their pets to the facility.

Quickly, the post had hundreds of comments and thousands of shares.

On Thursday morning, Virginia Beach Dog Training’s page was back up and running. That’s when they posted their statement saying a “freak accident” happened, and that they lost their own dogs as well as several clients’ dogs.

“If your sole business is to run an animal boarding school and if eight of those animals die, I don’t think you get to continue doing that,” Holloway said.

Both Holloway and Kowalski said they were compensated about $5,500 for the original fees they paid — the price they paid for their dogs and cremation costs.

“That really felt like hush money, to be honest with you,” Holloway said. “My guy was worth $100,000 – not even in currency, just in value. I just want to raise awareness not only for Ego and Max, but for all the other dogs who lost their lives.”

Kowalski added, “I feel like the word has gotten out and people are aware of what happened. If they still decide to use the company, then it’s not on my conscience.”

Since the incident, many people have posted about it on social media and commented on the original post voicing their concerns.

News 3 reached out to Virginia Beach Dog Training for a comment, but did not hear back.

One Major Side Effect Your Weight Gain Has on Your Dog’s Health, New Data Says