A passion for dog training: Jensen enjoys over a decade of training Munsterlander | Progress 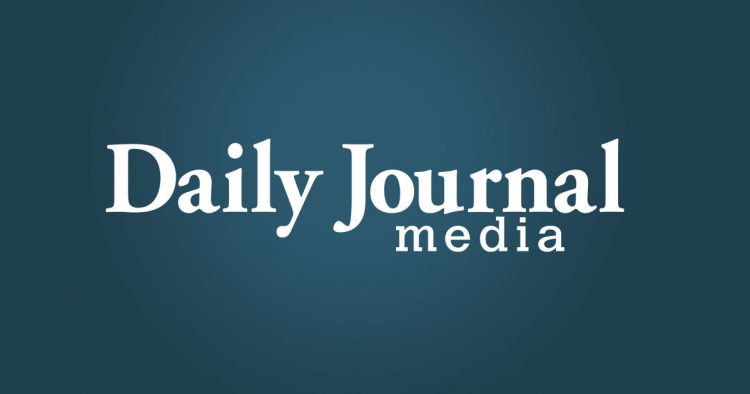 When Rod Jensen joined a pheasant hunting party last fall on the season opener he found himself quite popular.

It was not only Jensen’s shotgunning skills that made him stand out. It was his skill as a dog trainer.

Jensen was hunting with friends who owned small Munsterlander hunting dogs he had trained. As they endeavored to gain control of their dogs that day they were compelled to ask Jensen why all their dogs were hunting in front of him.

“How many birds have you shot over your dog?” was Jensen’s friendly retort.

The dogs had nothing against their owners — they just knew Jensen that much better.

“Dogs are easier to train than young athletes but what is difficult is training the owner,” Jensen jokes.

Jensen has worked with about 50 small Munsterlanders since he began training dogs. As a longtime soccer coach at Hillcrest Lutheran Academy, training is something Jensen knows a lot about. His teams have tasted a lot of success and one of the reasons is the relationships he’s built with players.

Jensen has been raising and training Munsterlanders for 11 years because they come very close to what he admires most in a hunting breed.

“It’s a highly, highly intelligent breed which also makes it a wonderful companion, inside they are very affectionate, they are very, very social with people,” Jensen said. “Outdoors, it is like throwing a switch and they become hunters. In the outdoors they are hunting with or without you.”

“I call them lap dogs because when they are in the house they are usually in your lap,” Jensen quipped. “People love their size.”

Jensen pointed out that the small Munsterlander is a “versatile” hunting dog.

“All your versatile hunting dogs are pointers and trackers and retrievers, land or water,” Jensen said.

Jensen got into the breed about 15 years ago because of his association with Stephen Crabtree. Chuck Connelly got Jensen interested in training and taking it to the next level.

Jensen has had some wonderful success as a dog trainer and even brought one of his male munsterlanders to the versatile championship level.

Jensen was taught to train dogs by Clyde Vetter, a championship-caliber dog trainer and owner of Sharpshooter’s Kennel in New Richmond, Wisconsin.

“He changed my whole methodology of training, how to look at it,” Jensen said.

Jensen recommends taking a measured approach to using a training collar on a young dog.

“What I always tell people to do when they are conditioning a pup to a training collar is to let them wear the collar for a week or so, start out an hour a day, work up,” Jensen said. “I always say before you put it on them put it (the training collar prod) against your finger and set the setting so it’s a sharp little bite but nothing that makes you jump.”

“You’re training a dog, you’re not abusing the dog,” Jensen said. “It varies on dogs, it varies on breeds, some stubborn shorthairs (pointers) I’ve known would have to have two collars on to the highest set point just to get them to stop in the field.”

In Jensen’s opinion training collars are a must for a versatile hunting dog because of their strong prey drive.

“You don’t want to think your command is optional,” Jensen said. “Don’t ever give a dog a command that you can’t enforce.”

At 6-7 weeks Jensen will introduce his pups to a live bird. Before that he might show them a pheasant a week. He wants to build on their pointing instincts.

“It comes from the pedigree and the instincts,” Jensen said, citing swimming instincts as one of his examples. At six weeks when Jensen has a summer litter he will introduce them to water.

“They swim like little alligators,” Jensen said. “It’s instinctual to them.”

What is the best way for a dog owner to train their pup?

Jensen has found that remaining calm is the best way to train and consistency is important.

“To remain calm is to make the best emphasis on your players as well as your dog,” Jensen said. “Panic with style is what I used to say.”

Shih Tzu is most popular dog breed in Philippines — study

Shih Tzu is most popular dog breed in Philippines — study