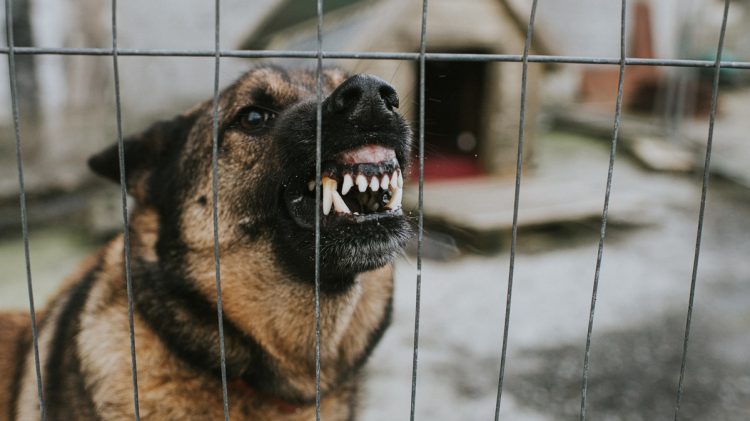 A popular police dog training facility that shares a name with Adolf Hitler’s one-time hideout has no plans to rebrand, despite renewed criticism.

Adlerhorst International in Riverside, California, is one of the biggest K-9 training facilities in the country, supplying dogs for more than 300 police agencies.

Christy Lopez, a law professor who investigated police departments as former deputy chief of the U.S. Department of Justice Civil Rights Division, said the name Adlerhorst is “somewhere between creepy and frightening and an absolute abomination.”

“If you’re going to call your police K-9 company the same name as Hitler’s bunker complex, you should be called to account for that,” Lopez said.

Adlerhorst, which means “Eagle’s Nest” in German, was a World War II bunker complex built to hide Hitler in the Bavarian Alps. It served as the Nazi leader’s command post in December 1944 and January 1945 during the Battle of the Bulge and was later bombed by Allied forces.

Adlerhorst International founder and pioneering police K-9 trainer David Reaver has been sued dozens of times over injuries caused by dogs that came from his facility. The name’s Nazi association has been brought up in court dating back to at least the 1990s. In a 2016 police use of force case where Reaver was tapped as an expert witness, court documents show defendants specifically requested the judge “preclude any and all testimony or evidence involving any analogies, comparisons, or references to Hitler, Nazis, World War II bunker complexes, in relation to Adlerhorst International, Inc. or defense expert David Reaver.”

Reaver has denied allegations of racism in the past, saying the name comes from a German kennel where he bought a dog in the 1960s and that he was unaware of the Hitler link at the time. He launched Adlerhorst in 1976.

His son Michael Reaver, who took over the business last year, declined a VICE World News request for comment Wednesday.

The business buys sporting dogs from Europe, and police departments can either train at Adlerhorst or buy the dogs and do their own training.

Police dogs have been widely used as a tool of anti-Black oppression in the United States, to chase down slaves and attack civil rights protesters. Recent investigations show Black men are still disproportionately bitten by police K-9s.

Dogs were used by both sides in World War II. The Nazis employed guard dogs at concentration camps and death camps that mauled and killed some prisoners.

Los Angeles civil rights lawyer DeWitt Lacy, who has represented more than a dozen people bitten by police K-9s, said the Adlerhorst name and its acceptance among clients gives some insight into the psyche of law enforcement.

“If you have some wherewithal of world history, you understand the Nazi link in there. And of course that’s troubling—especially for a civil rights attorney, a Black man. It should be troubling for any American,” Lacy said.

“Can we just disregard blatant and outright symbols like we see with Adlerhorst? Whether or not they’re training their dogs to be Nazis—I don’t know that you can do that—the fact that you chose that name speaks volumes.”

Correction: A previous headline on this story erroneously stated that Adlerhorst was named after Hitler’s bunker, when in fact, the founder said it was named after a German kennel where he had bought a dog from.