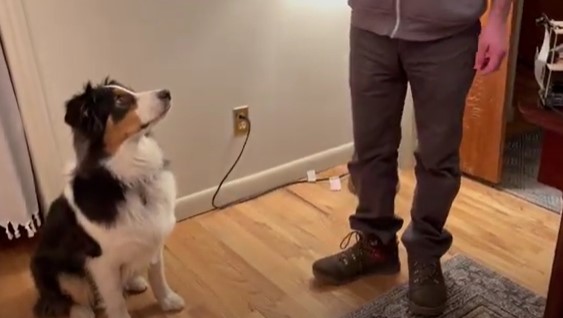 Artificial intelligence is extending its tentacles into many areas, from dog training to low-rate loan lending.

Nvidia, which makes AI chips and software, described both approaches in separate blogs on Thursday.  First, the dogs—of course!

At Colorado State University, two graduate computer science researchers have described in a paper an AI prototype system to recognize and reward dogs for responding to commands.

The electronics industry remains in flux as constant innovation fuels market trends. FierceElectronics subscribers rely on our suite of newsletters as their must-read source for the latest news, developments and predictions impacting their world. Sign up today to get electronics news and updates delivered to your inbox and read on the go.

The prototype relies on many thousands of images to determine if a dog is sitting, standing or lying down. If a dog responds to a human command with the correct posture, a machine dispenses a treat.  Nvidia’s Jetson Nano edge AI platform made the AI classification much simpler and two 24 GB Nvidia RTX 6000 GPUs made the AI training process much faster—overnight on the university’s computing system.

The researchers, Jason Stock and Tom Cavey, used Stanford Dogs data sets with 20,000 positions and image sizes that they preprocessed. Then, they applied features of dogs from ImageNet to enable what’s known as transfer learning. To optimize the process, they used Nvidia’s Jetpack SDK and Nvidia TensorRT libraries.

The test dog was Henry, Cavey’s Aussie Shepherd, considered one of the smartest dog breeds (not that the dog’s intellect should matter much for the AI prototype.) The prototype’s accuracy rate was 92%.

The researchers also relied on model interpretation to provide “explainable AI” for the pet industry, something becoming more common in the financial services industry, according to the Nvidia blog.

Trainers and dog owners could potentially use the AI explanations to help them understand what the model is really learning, Cavey said.

AI for loans at Upstart

Grant Schneider, data scientist at Upstart, first used AI models on publicly available datasets of lending, then trained a model on Upstart’s own data.  “Overnight, our approval rates nearly doubled,” he said in the blog.

The AI models also directly drive the interest rates that Upstart can offer. So far, more than 600,000 borrowers have been approved with the Upstart models for $7.8 billion in personal loans. That’s about 27% more than would have been approved by traditional credit models, at rates 16% below average, based on a study by the U.S. Consumer Financial Protection Bureau.

Pups may not be getting the nutrition they need

Stories behind every dog breed that originated in America

Stories behind every dog breed that originated in America