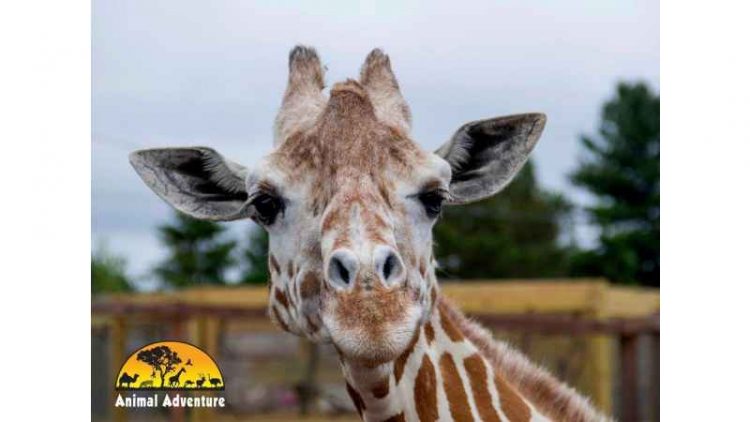 The park says as her condition worsened, its ability to keep her comfortable was outpaced, and at the recommendations of her veterinary team, the park decided to euthanize her.

After a necropsy, she will be cremated and her ashes returned to the park.

The park’s veterinary team posted the following statement on Facebook:

“Beginning in the summer of 2020, the staff at Animal Adventure Park began reporting changes in April’s mobility. The park’s veterinarians radiographed April’s feet in July 2020 and noted the onset of osteoarthritis. The radiographs showed a loss of joint space and subchondral bone collapse in her left hind leg, which can be expected in a giraffe of her age. In addition to the joint supplements, the park began multi-modal management of osteoarthritis including measures such as pain medications, anti-inflammatories, hoof trimming, installation of padded flooring and dietary changes in hopes of slowing down the progression of her condition. During each visit by the park’s veterinarians, we assessed and discussed April’s quality of life, which has remained top priority while managing her condition. Unfortunately, over time, what we saw was April increasingly shifting her weight from limb-to-limb, a continual decline in mobility and spending a lot more time laying recumbent. The most recent set of radiographs taken in early March to evaluate her condition, showed significant and progressing degeneration of the joints in her lower leg. The severity of her condition has been outpacing our ability to control April’s comfort. The March 2021 observation reported advanced osteoarthritis, interphalangeal subluxation in the left rear hoof, and lameness and angular joint abnormalities in all feet.

Relating these arthritic changes to personal pets (dogs, cats, horse) and even humans, can help us better understand and relate to the condition. Lameness and arthritis are amplified in animals as large as giraffe. While a small dog can compensate, large species, like giraffe, can deteriorate quickly. Despite Animal Adventure Park’s multi-faceted approach to mitigate April’s condition, it is irreversible and advancing at a rapid rate. As hard of a decision as it is, for a veterinary team and facility, it is decided that euthanasia is the most humane decision to make at this time.”

“April the Giraffe brought joy to the millions who have watched her via the park’s Giraffe Cam, and the hundreds of thousands of visitors who have made the trip to her home in Harpursville, New York,” said Jordan Patch, owner of Animal Adventure Park. “To her keepers and our team here at the park, she is a precious member of our family, and while we knew this day would eventually come, our hearts are hurting. April’s impact on animal conservation and appreciation is both immeasurable and lasting. The loss of an animal as loved as her will be felt in our community, around the country and across the world. We appreciate respect and empathy from April’s fans and the park’s supporters during this difficult time, as they grieve along with us. She will be deeply missed and fondly remembered. April, in her own special way, changed the world.”

‘No animal should ever be a gift’: Rescue group warns against bunny dumping after Easter holiday

'No animal should ever be a gift': Rescue group warns against bunny dumping after Easter holiday