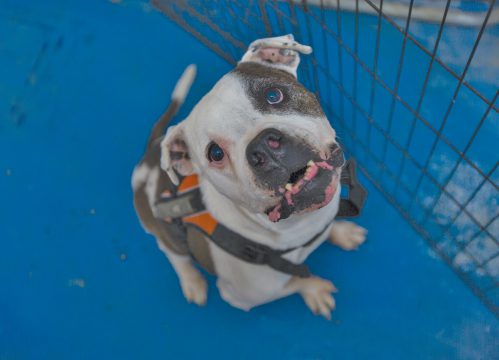 AURORA | City lawmakers will consider a pair of immigration-related ordinances Monday and also whether lawmakers — or voters — will decide the fate of the city’s long-standing ban on certain pit bull breeds.

The plan has drawn fierce opposition from Mayor Mike Coffman and council members Francoise Bergan, Marsha Berzins and Dave Gruber. They’ve said voters should decide for whether to repeal the ban. At their behest, lawmakers will also vote Monday to place the issue on the Nov. 2021 ballot.

Lawmakers will also consider a pair of immigration-related ordinances originally slated for discussion Dec. 7, which were delayed for lack of time.

The first ordinance would create a legal defense fund for immigrants and formally bar Aurora police from working with federal immigrations authorities. Councilmembers Crystal Murillo and Allison Coombs are sponsoring the twin measures.

If approved by the full council, the legal defense fund would create a pot of both public and private sector cash that qualifying people could use to pay for attorneys to represent them in removal proceedings, post-conviction relief, bond hearings and work permit applications, among other legal actions.

Courts aren’t required to provide immigrants with lawyers. But those who face proceedings with an attorney are more than 10 times more likely to achieve a favorable outcome in their case, according to numbers from the University of Pennsylvania Law Review.

The second immigration-minded proposal Monday night would formally prohibit any Aurora staffers, including police and jailers, from using city funds or facilities to cooperate with federal immigration authorities on enforcement actions. For years, Aurora police officials have underscored that local police are not immigration officials and will not check immigration status during routine interactions.

The newly proposed measure would reinforce those standing policies.