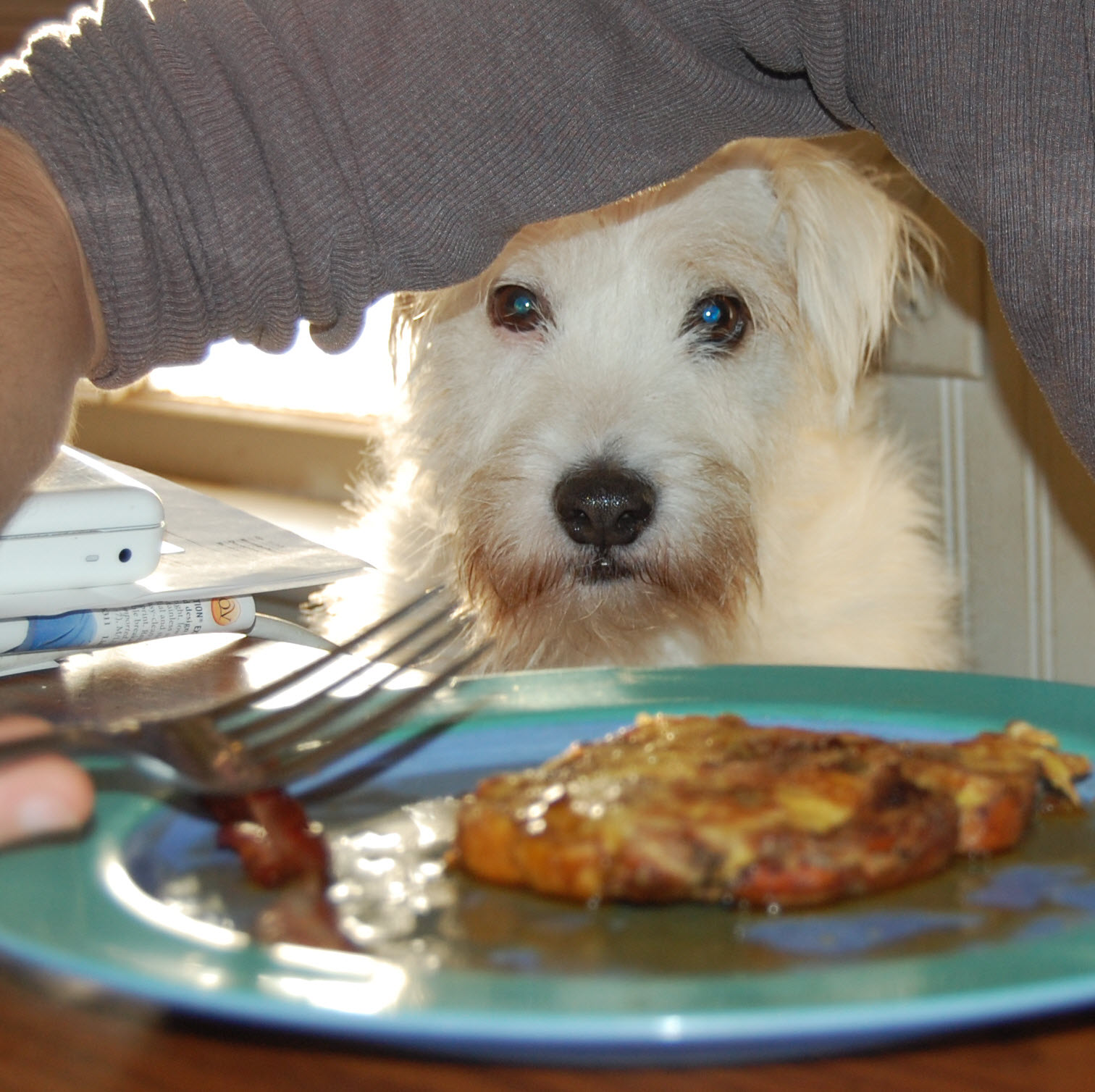 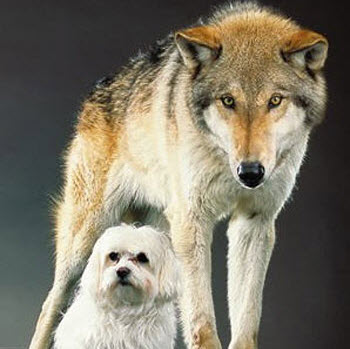 Before we talk about what humans used to feed dogs prior to the invention and mass production of commercially available dog food, we first have to ask when dogs were first tamed. Knowing this will let us know when humans first fed dogs, and allow us to make educated guesses on what was fed. Lindsey Jacobson cites in her ABC News article entitled “The History of Dogs as Pets” the study of Swedish geneticist Pontus Skoglund in the journal Current Biology where he details his conclusion that taming of dogs may have first occurred 27,000 to 40,000 years ago.

According to studies, wolves were first attracted to human travelling settlements to scavenge for leftover food. Over the course of their interaction with travelling humans, the wolves started traveling with them, thus beginning the taming. As Jacobson cited, taming of wolves or wild dogs from which our modern day dogs evolved from takes six to eight generations according to a 40-year experiment of researcher Dmitri K. Belyaev; this was more than enough time for ancient humans towards the end of the Stone Age when permanent settlements and farming became commonplace  to have had tame dogs in their living perimeters. The taming of wild dogs beautifully reflected the inclination of early humans towards settling down as they were approaching the Neolithic Period.

What Was In The Pre-Dog Food Diet? 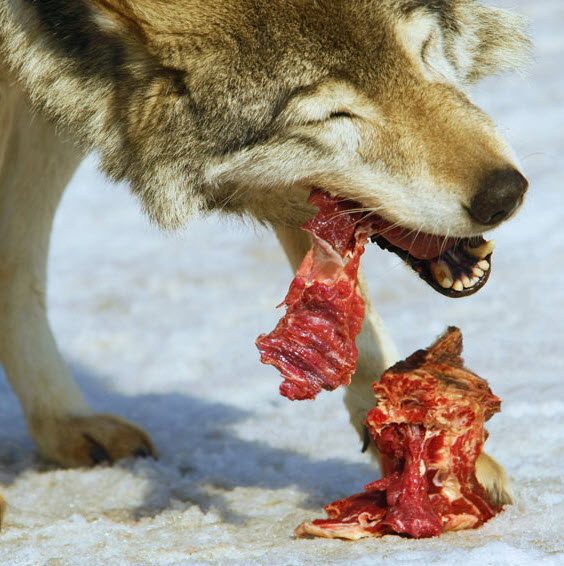 The period that Skoglund cited as the first occurrence of domesticating dogs coincides with the Upper Paleolithic Period which, according to the editors of Encyclopaedia Britanicca, is associated with the fossil remains of anatomically modern humans who exhibit complexity, specialization, and regional artistic traditions; although as we will see, this anatomical modernity does not constitute dietary modernity relative to the food we have today or even during the middle ages. This overlap could mean that the first domesticated dogs were fed the same food that paleolithic humans enjoyed.

According to Ferris Jabr in his Scientific American article entitled “How to Really Eat Like a Hunter-Gatherer: Why the Paleo Diet Is Half-Baked“, percentages of food consumption of paleolithic humans varied depending on the geographical location of an indigenous group, but the diet of the Hiwi group who are hunters and gatherers in Colombia and Venezuela usually consisted of fishes, caiman, capybaras, turtles, collared peccary, deer, anteater, armadillo, wild cattle, roots, fruits, and wild nuts. As dogs were being domesticated, tens of thousands of years before the modern day dog food, they were fed animals that were hunted from the wild.Humans have been feeding dogs for millenia, and before early entrepreneurs thought of capitalizing on the taming of dogs, they were fed lots of plants and animals that certainly do not belong in the food groups we have today. Prior to the studies and discoveries that nutritionists and veterinarians have made regarding the nutritional needs of domesticated dogs, their diets were only influenced by the time period they existed in, their geographical location, and what their owners observed they liked. For example, if a dog shows fondness for deer meat and disdain for armadillos, Paleolithic humans would feed it deer meat. 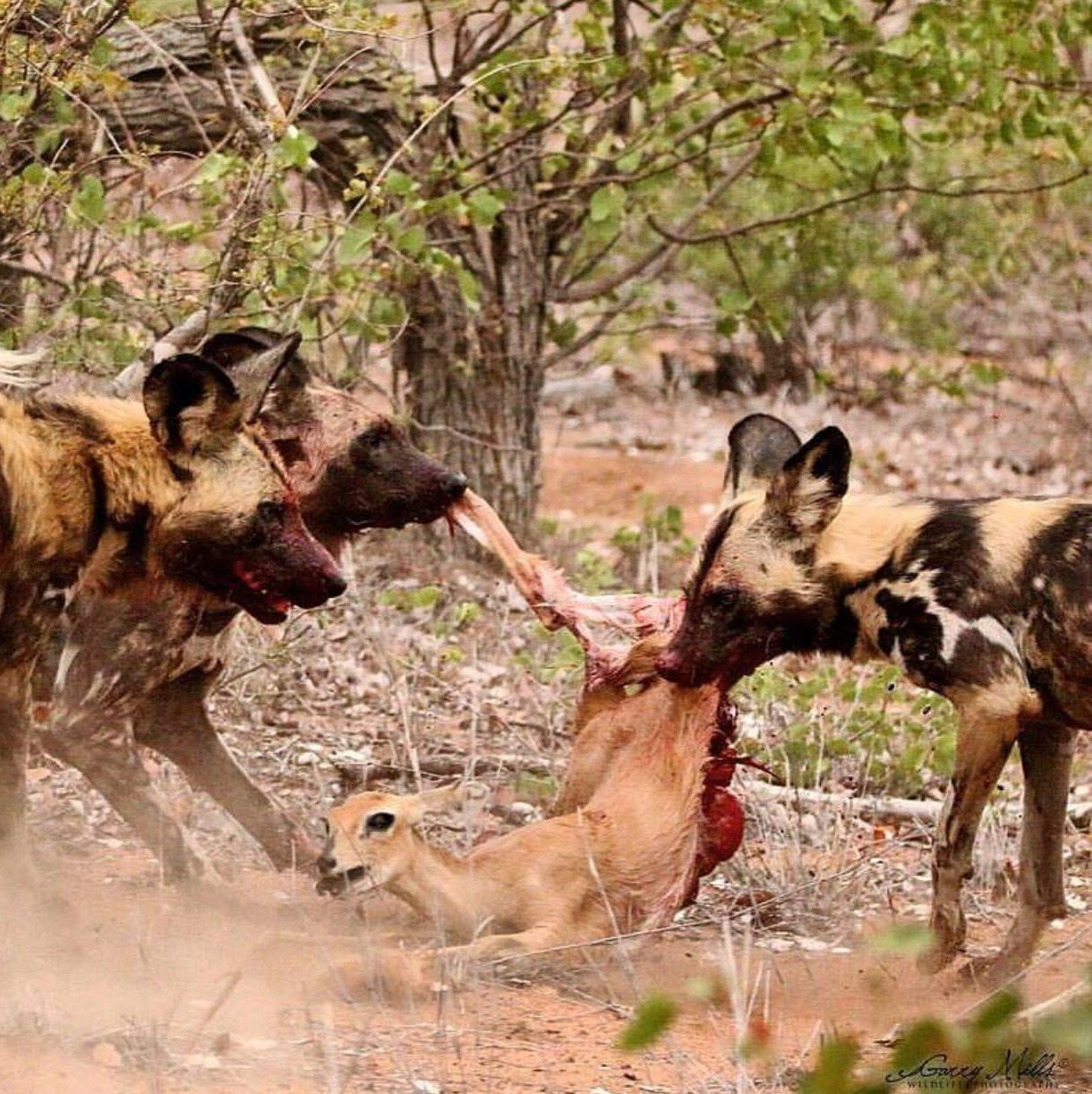 Before electricity for industrial use and modern economy came into play, there was no demand for the packaged dog food we know today because humans back then probably just assumed that whatever worked for them would work for their dogs too, regardless of whether we consider such foods dangerous or not today. This means that during the Neolithic Period, dogs ate salmon, trout, ox, wild pig, deer, wolf, hedgehog and badger just as their human owners did according to the World History article entitled “Food Eaten in Prehistoric Times – The Neolithic Age“.

During the Bronze Age, dogs ate food with barley, wheat, millet, lentil, peas, and chickpeas that their human owners farmed and domesticated. When it came to Iron age, it’s thought dogs ate bread, porridge, and stews derived from ingredients processed and cattle bred by their human owners. According to Dattatreya Mandal in his Realm of History article entitled “9 Of The Oldest Food Recipes From History Still In Use Today”, during the first parts of recorded history, dogs probably ate rice, tamales and pancakes using ingredients derived from the vegetation and cattle farming methods passed down by prehistoric humans.It’s important to consider the geographical location of domestic dogs in the discussion of their pre-Purina diet. Just as time period is an important factor, location is also important. Since ingredients available in a location dictate what humans eat in a certain culture, this trickles down to what food pet dogs eat. For example, dogs in France would not typically be fed dumplings while diets of dogs in Hong Kong rarely included croissants. As Jabr stated, even during the Paleolithic Period, humans do not have a one size fits all kind of diet. Some ancient indigenous groups had more balanced and nutritious diets, and some had less so; the same applies for the wild dogs they were domesticating and the pet dogs people had a couple of years before commercial dog food was invented. 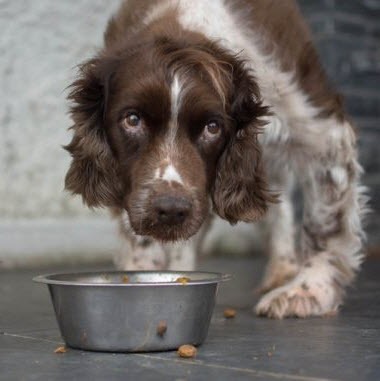 According to Nancy Kerns in her Whole Dog Journal article entitled “The Ancestral Dog Food Diet”, mass produced packaged dog food was invented in 1860, meaning until that year, all dogs from the time they were domesticated survived on food derived from the same local vegetation, fishing, or cattle farming where human owners source the food they eat. According to Dr. Rachel Addleman in her Houston Animal Acupunture & Herbs article entitled, “The History of Dog Food“, electrician James Spratt launched the first ever commercial dog food called “Spratt’ Patented Meat Fibrine Dog Cake” in the year 1860. A newspaper advertisement of the product includes little information about its ingredients and nutritional value, only stating that the dog biscuits are made up of dates, meat, and meal.

The top 3 commercial dog food products today contain the mineral sodium selenite which, according to Dr. Joseph Mercola in his article entitled “If Your Multivitamin Contains These Ingredients – Dump them now”, may cause cancer, destruction to the genetic material of cells, and may contribute to reproductive and developmental problems both in animals and humans. I understand that a bit of this mineral would not hurt our dogs and that there are safe commercial dog foods, but these products are not multivitamins and medicines that will be taken sparingly- they are food products taken in substantial amounts everyday. Over time, dogs’ diet based solely on commercial products similar to these may have adverse effects on our dogs’ health. 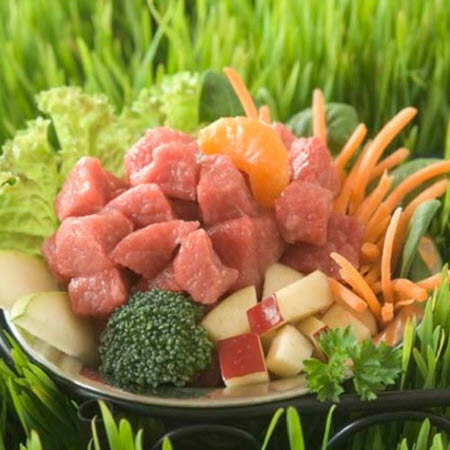 Due to the widespread approach of humans towards organic and a more balanced diet, some dog owners today have gone back to preparing their dogs’ food themselves. A quick search of #dogfood on Instagram will reveal photos of food bowls containing vibrant portions of food made from what seems like fresh ingredients that are sourced from the same food groups where we humans get our own food ingredients. These food bowls are obviously prepared by the dog owners after carefully researching what ingredients dogs love and nutrients they need. Some also buy from craft stores that prepare dog food in small batches using quality ingredients that are gluten-free and non-GMO.

The dog food that owners like I prefer nowadays are those that are contain ingredients needed by dogs and devoid of minerals and artificial preservatives that can damage our dogs’ internal organs in the long run. Commercially available pet foods can contain excessive amounts of iron which is important knowledge to warn dog owners who feed their pets nothing but commercial dog food. Also, in the last few years, nutrition experts  have “rediscovered” the benefits that humans can get from the Paleolithic diet; likewise, she stated how Veterinary nutritionists can vouch for the many benefits of aligning our dogs’ diet with it. It’s worth knowing what dogs used to eat before the year 1860 because dogs have thrived with this diet for thousands of years. Looking back also allows us to evaluate the components of the food we’re putting in our pet dogs’ bowls. Feeding grocery-bought dog food to pet dogs is still the norm nowadays, but because of studies that inform dog owners about the health implications on pet dogs of a strictly commercial food diet, the market pendulum is swinging to the opposite end. A growing number of dog owners nowadays, myself included, prefer preparing dog’s food from inexpensive meat portions, vegetables, and other perishables that they can buy from the local market.