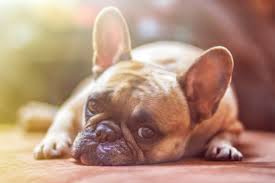 ALBANY — Albany County Sheriff Craig Apple is warning people to watch for online puppy scams when searching for new pets, noting a number of local people have complained of being victimized when trying to adopt specific breeds of dogs.

The sheriff’s office recently took in complaints from a variety of people who thought they were purchasing miniature dachshunds, corgis, Lhasa apsos and French bulldogs.

Apple says that in most versions of the scam, victims find what appears to be legitimate websites complete with pictures of the breed they want. But often, the pictures are from widely available online photos or photos of other people’s pets. Bogus testimonials about the breeder are often included on the sites.

Apple said the scammers regularly communicate through email and phone numbers that stop working after payment is sent. The “breeders” usually ask for payment in gift cards, money orders or through Venmo. Some victims are additionally victimized by bogus bills for alleged shipping of the pets.

The sheriff encouraged people to meet the breeder – and puppy – in person before agreeing to buy.

And, he encouraged anyone looking for specific breeds to contact local veterinarians, breed clubs, animal shelters and rescue groups. Shelters and rescues often have pure-breed dogs for adoption.

The Mohawk Hudson Humane Society in Menands recently received a shipment of dogs — and cats — from Birmingham, Ala., which was recently hit with tornadoes.

The shelter in Birmingham needed to free up space in order to help animals displaced by a tornado and to be able to provide temporary shelter to families in crisis.

Fortinet Enhances Students’ Cybersecurity Awareness and Safety with Availability of Free Training and the Release of a New Children’s Book Nasdaq:FTNT

AHA News: When Her Heart Stopped After Her Dog Died, Doctors Said It Was Broken Heart Syndrome | Health News

AHA News: When Her Heart Stopped After Her Dog Died, Doctors Said It Was Broken Heart Syndrome | Health News