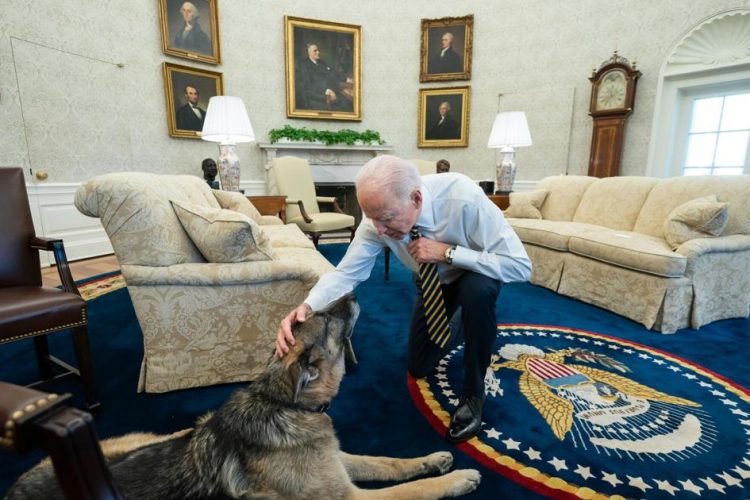 Dogs seem to have a way with world leaders. For decades, the powerful have often opted for canine companions. Canadian Prime Minister Justin Trudeau has one. So does French President Emmanuel Macron and Russian President Vladimir Putin. The Obamas were dog owners, too.

But President Joe Biden is taking a path less followed with a first cat, which is expected to join the Biden family’s two German shepherds, Champ and Major, in the White House. Donald Trump broke ranks when he became the first U.S. president in 150 years not to have a pet.

First lady Jill Biden told NBC News on Friday that the Biden’s new cat was “waiting in the wings,” although she declined to say exactly when their feline friend would arrive. She gave no hint on the name, but appears to offer a gender reveal.

Biden’s rescue dog, Major, has already had some special coaching to prepare for life with a cat as part of his remedial training following two White House biting incidents.

Biden may not earn full “cat person” credentials in some eyes for sharing his affections with a pair of hounds. Still, the cat club is a small group for politicos at the top.

Less than two months after Paddles entered the spotlight, the cat was hit by a car and died on the spot. But Paddles did leave a scratch or two on international diplomacy: During Ardern’s first call with Trump, the cat tried to derail the chat with a round of meowing.

Larry, chief mouser to the Cabinet Office of British government, also has a flair for political drama – though, like any self-respecting cat, only when he wants to.

According to Larry’s official bio: “Larry has been in residence since 15 February 2011, he is the first cat at Number 10 to be bestowed with the official title Chief Mouser. . . . Larry spends his days greeting guests to the house, inspecting security defenses and testing antique furniture for napping quality. His day-to-day responsibilities also include contemplating a solution to the mouse occupancy of the house.”

While Larry nestled out of reach under Trump’s car during a London trip in 2019, he allowed President Barack Obama to pet him.

Larry – or at least a parody Twitter account associated with him – has endorsed Biden’s move to the cat side days after the presidential election.

Former Canadian prime minister Stephen Harper was a well-documented cat person. He even polled the public on what to name a new gray tabby (Stanley) and fostered dozens of cats while in office.

Former Malaysian prime minister Najib Razak allowed his four cats to roam the official residence while he was in office, according to the BBC. Since losing reelection in 2018 under the cloud of a corruption sandal, Razak, per his Instagram account, has perhaps compensated by adding at least three more felines to his roster.

Winston Churchill went the Biden route – with a dog, a miniature poodle, Rufus, and a beloved cat, Jock.

Socks, a black-and-white adopted stray, had the run of the White House during the Clinton administration. He didn’t take too kindly to the introduction of the Clintons’ dog, Buddy, and made his displeasure known. Socks found a happy retirement from political life, however, with former Clinton secretary Betty Currie and her husband. (Socks died in 2009.)

Putin made it clear that his allegiance is with dogs. But maybe there’s a soft spot for cats of the, well, bigger varieties. In 2008, he received a 20-pound tiger cub for his 56th birthday. Then, in 2014, he released Siberian tigers into the wild in Siberia. They roamed into China and reportedly made meals of some goats and chickens.