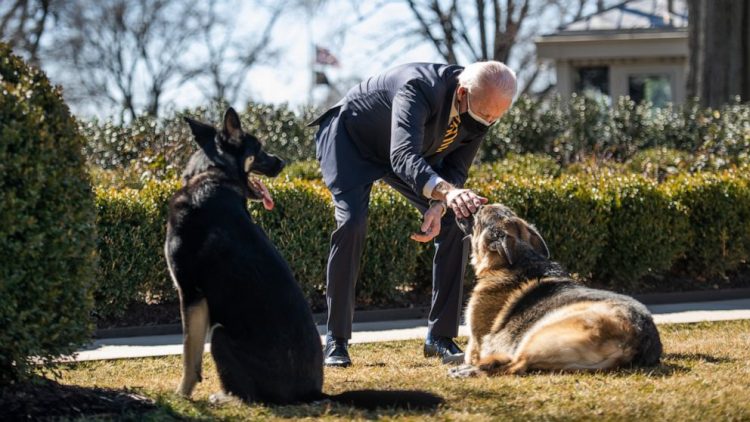 He denied Major was “banished” to Delaware in an ABC News interview.

President Joe Biden is defending Major, the first family’s 3-year-old adopted German Shepherd, after he was involved in an incident at the White House earlier this month that caused “a minor injury,” denying he was banished to Delaware but revealing he is getting some additional “training.”

In an exclusive interview, ABC News’ George Stephanopoulos asked Biden about the incident, which CNN first reported as a biting incident involving a security officer, although the White House would not confirm that.

“Is Major out of the dog house?” Stephanopoulos asked.

“The answer’s yes,” Biden said, laughing. “Look, Major was a rescue pup. Major did not bite someone and penetrate the skin.”

He suggested the dog overreacted because he wasn’t used to all the strangers around.

“I guess what surprised me is the White House itself, living there. Every door you turn to, there’s a guy there in a black jacket,” Biden said.

Major is a rescue the Bidens adopted from the Delaware Humane Association shortly before Biden hit the campaign trail last year.

When the incident happened in early March, Psaki explained what happened but was vague on the specifics, saying that Major was “surprised by an unfamiliar person and reacted in a way that resulted in a minor injury to the individual, which was handled by the White House Medical unit with no further treatment needed.”

After the incident, Champ and Major spent a few days in Delaware, though Biden noted that their short hiatus from the White House was planned in advance as first lady Jill Biden and the president had travel plans.

Major and Champ joined the first family at the White House shortly after Inauguration Day and Biden explained that living in the new environment startled Major.

“You turn a corner, and there’s two people you don’t know at all,” Biden said. “And he moves to protect. But he’s a sweet dog. Eighty-five percent of the people there love him. He just — all he does is lick them and wag his tail.”

Biden said “the dog’s being trained now” in Delaware, and told Stephanopoulos that he was going to see his canine companions later in the day.

Dog stops traffic to save owner having a seizure | Health

Dog stops traffic to save owner having a seizure | Health