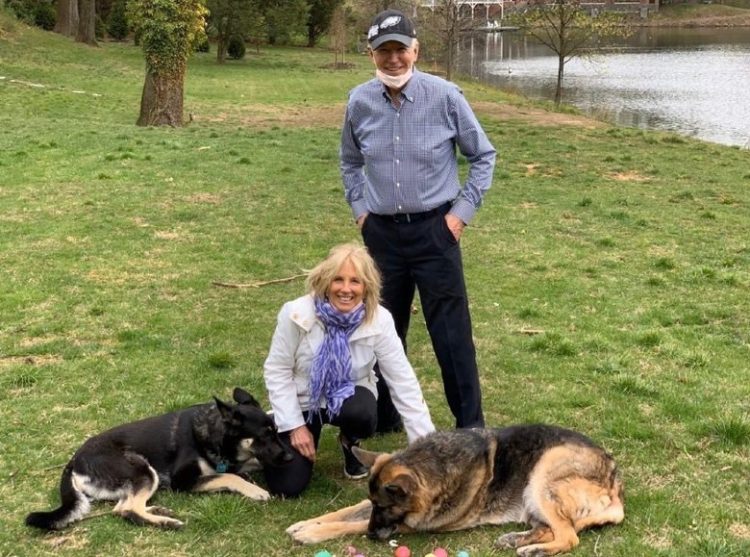 After it was announced that the Bidens will be welcoming a cat to the White House, they wanted to make sure their rescue dog Major could handle the new family member after he didn’t get off to a great start at his new residence.

On the Today show, the Bidens shared the news that the rescue cat “is waiting in the wings,” but no word on when she’d make her appearance at 1600 Pennsylvania Ave.

“So let me get this straight,” Craig Melvin said. “Major Biden, who’s clearly had some trouble adjusting to life at the White House, now he’s going to be forced to contend with a cat as well in the White House.”

Jill said Major has received special training, including visiting a cat shelter. She said he did fine.

Related: 7 Reasons Why Adopting a Dog Is the Way to Go

Joe then joked he was going to bring Major to meet Melvin.

“Well, I don’t know if that’s the best idea based on what I’ve heard about Major,” he said. Jill defended him, stating, he was a “sweet, lovable dog.”

If you recall, Major has had two incidents at the White House in which he reportedly bit a person. After the first one, he was taken back to Delaware for some additional training. It didn’t seem to work, though, as he had another biting incident days after he returned. No one was seriously injured, and he has since gotten extra handlers and a new trainer.

Major is the first shelter dog to reside at the White House. The Biden family adopted him in 2018 from the Delaware Humane Association after hearing about a litter of puppies who needed homes after being exposed to toxins in their home. He lives with his brother, Champ, a senior German Shepherd.

“Major’s story showcases the power of possibility: a shelter dog who was once fighting for his life will be living in the White House in a few short months,” Topel of Delaware Humane Association told us last year. “Not every shelter animal shares Major’s fortune, however. We sincerely hope his story will highlight the importance of animal adoption and rescue shelters.”

Would you have space in your heart and home for one of these dogs?