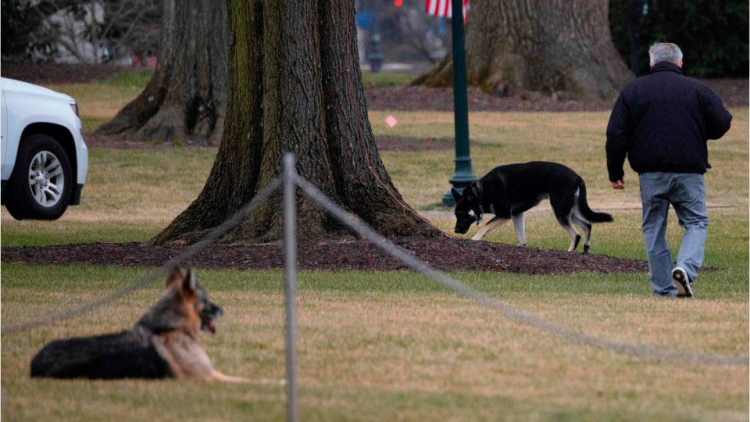 Earlier this month, CNN reported that the first family’s younger dog bit a security officer at the White House.

It had been said that the dog had been sent to the Biden’s private home in Delaware.

The president said Major was not banished to Delaware, but that the dog will undergo additional training.

“Look, Major was a rescue pup. Major did not bite someone and penetrate the skin,” he told ABC News.

“I guess what surprised me is the White House itself, living there. Every door you turn to, there’s a guy there in a black jacket,” Biden told George Stephanopoulos, suggesting that Major overreacted because of being surrounded by strangers.

Press secretary Jen Psaki said that Major was “surprised by an unfamiliar person and reacted in a way that resulted in a minor injury to the individual, which was handled by the White House Medical unit with no further treatment needed.”

The dog’s trip to the family’s home was preplanned due to first lady Jill Biden and the president’s travel schedule, ABC News reported.