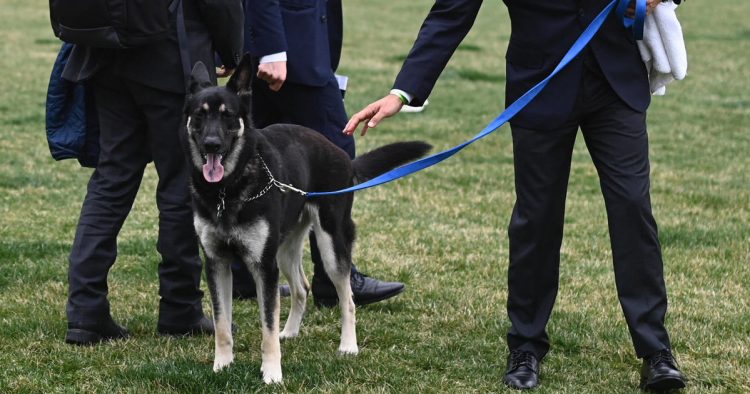 Major’s private training is set to take place off-site in the Washington, D.C., area and expected to last “a few weeks,” according to the first lady’s office.

Major, a rescue dog, and Champ, the first family’s older dog, joined the president and first lady at the White House days after Mr. Biden was inaugurated January 20, ending a four-year hiatus of canines taking up residence at 1600 Pennsylvania Ave.

But in the weeks since making the move to Washington from Delaware, Major has been involved in a pair of incidents on White House grounds.

In the first, in early March, Major caused a “minor” injury to an unidentified person at the White House. Following the incident, Major and Champ, both German shepherds, decamped Washington for Delaware on a planned trip as Jill Biden visited military bases around the country. The White House Medical Unit handled the injury, White House press secretary Jen Psaki said at the time, and no additional treatment was needed.

Major was then involved in a second incident later in March, in which he “nipped’ someone while on a walk. That person, too, received medical attention from the White House Medical Unit and then returned to work.

While Major and Champ joined a long list of four-legged friends at the White House when Mr. Biden assumed the presidency, Major made history as the first shelter dog to reside there. The Bidens adopted Major from the Delaware Humane Association in 2018.

The two dogs have been spotted by reporters roaming the West Wing and lounging on the South Lawn of the White House.

Gabrielle Ake contributed to this report.