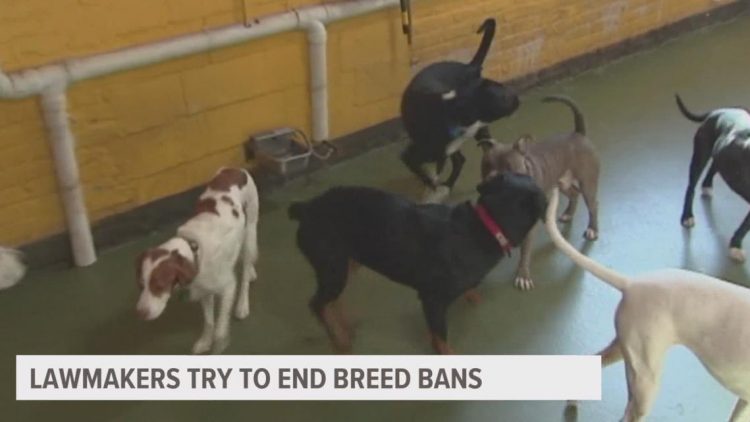 Opponents of the legislation believe some breeds are more dangerous than others, and are a liability to communities.

DES MOINES, Iowa — Dog breed bans may soon be a thing of the past in Iowa.

Right now, there are certain parts of the state that prohibit specific breeds of dogs like pit bulls and rottweilers.

“We all believe that an animal’s behavior is what should be the basis for judgment on on any sort of local ordinance or state level ordinance,” Iowa State Director for the Human Society of the United States Preston Moore said. “And that’s why we’re supporting this bill.”

The legislation takes away the ability for a county to target any specific breed with regulations.

“What’s difficult about this issue is that without reading every single community’s code of ordinances in its entirety, you wouldn’t know for certain if a dog of certain breed or even if a dog looks like a certain breed is banned or not,” Moore said.

“A county shall not adopt, enforce, or otherwise administer an ordinance, motion, resolution, or amendment that is specific to the breed or perceived breed of a dog,” Senate File 143 reads.

Opponents of the legislation believe some breeds are more dangerous than others, and are a liability to communities.

Dothan K9 training brings officers in from across the country | WDHN