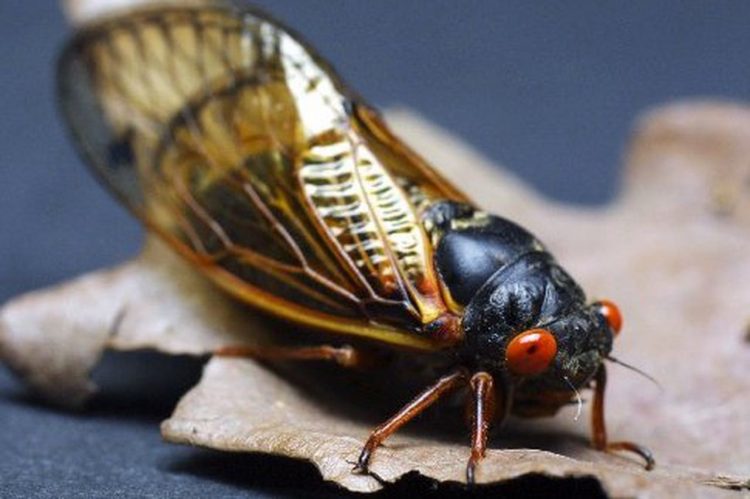 Billions and billions of Brood X cicadas are about to emerge from the ground and swarm much of the East Coast, including parts of Michigan. We haven’t seen these bugs with the big red eyes since 2004.

From North Carolina to Connecticut and all the way into Michigan, humans will be outnumbered by the infestation by about 600 to 1. Essentially, they will be all over the place, but won’t make it everywhere in Michigan.

“They’ll be only in the extreme lower southeast peninsula. Ann Arbor is about as far north as they come,” said Howard Russell, an insect/arthropod diagnostician at Michigan State University. “Nearby, they occur pretty much throughout Ohio, Indiana and Illinois. They’re in Tennessee, Virginia, West Virginia and quite a few other states. This is the most widespread brood.”

These are some of the world’s longest-living insects and while they stay underground, the bugs aren’t actually asleep. They go through different growth stages before coming to the surface to mate.

“They basically decide this is the 17th year of our development and it’s time to leave the tree root they’ve been feeding on the last 17 years,” said Russell. “The adults have wings, fly off and harden for up to a week after they emerge. They crawl up into the trees, mate and the females lay eggs. Then, generally in 6 weeks, they’re all done and we don’t see them for another 17 years.”

When we start to see them depends on the ground temperature. They emerge when the ground soil is 64 degrees. That means we should start seeing the big swarms in southeast Michigan in May and June. Adults live several weeks – the ones which aren’t eaten, of course.

“Birds, animals, pets and even mice probably feed on them,” said Russell. “They’re mostly a nuisance. They make a lot of noise and fly all over and even fly on you. If you’re in an area where there’s a high concentration of them, they can be pretty intimidating, but they’re not going to hurt us.”

While we do see annual cicadas every year, the Brood X, which is one inch in size, is the one we see every 17 years. They swarm in much larger numbers than the annual ones.

“There’s another species commonly referred to as the Dog-day cicada,” added Russell. “It has a three to four year life-cycle, rather than a 17-year life cycle. The emergence of the Dog-day cicada is not synchronous like it is with the periodical cicadas. So Dog-day cicadas occur each year. They’re different. They’re a little bigger, greenish and don’t have the bright red eyes.”

This is expected to be one of the larger infestations we’ve seen of these periodical cicadas. Some experts believe there are 30 billion of them lurking underground, while others think there could be as many as a trillion which will emerge.

If the cicadas are in your area and you don’t see them, you’ll definitely hear them. They make a loud noise which is essentially the bugs singing for sex. In 2004, Gene Kritsky, an entomologist at the College of Mount St. Joseph in Cincinnati, measured cicadas at 94 decibels, saying it was so loud “you don’t hear planes flying overhead.”

So, why every 17 years? Some scientists believe they emerge in this odd cycle to avoid predators. There’s simply too many for birds and other animals to eat them all when they are in such large numbers. Other theories say the unusual cycles ensure that different broods don’t compete with each other.