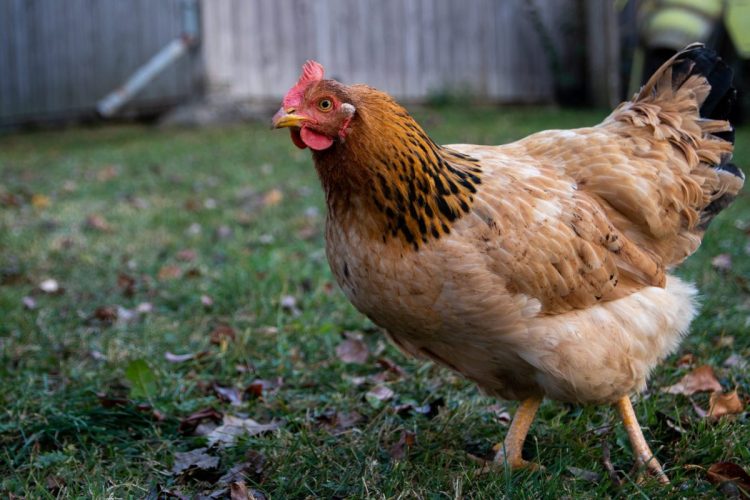 Don’t worry, animal lovers: No chickens (and by chickens we mean Inga the hen) were hurt in the creation of this dog food.

That’s according to Bond Pet Foods, who announced this week that the company has created what it claims to be the “world’s first cultured chicken meat protein for pet food applications.”

According to the announcement, the company took a “one-time blood sample – in this case, from a heritage hen named Inga who is alive and well at a farm in Lindsborg, Kansas – to determine the genetic code for the best types of chicken proteins to nourish dogs and cats.”

From there, the company’s scientists coupled the genetic code with food grade yeast in a fermentation tank. The end result was animal protein, which Bond’s culinary team used as a novel ingredient in a baked pet treat. The company then tested it with a handful of dogs at their headquarters in Boulder, Colorado.

Bond said that once fully developed, its fermented chicken protein will have the same primary nutrients as conventionally produced chicken meat.

Looking forward, the company hopes to scale up its prototype and plans to work towards bringing products to market based on this new cultured protein by 2023. To help fund this growth, the company also announced they’d closed a bridge round of financing with follow-on from the company’s original seed investors.

While it’s easy for most of us to think of conventionally farmed animal alternatives for human consumption since we see the end product on our plates, the pet food industry is also a massive consumer of factory farmed animal meat. According to a report from iFeeder and the Pet Food Institute, nearly 3.8 million tons of animal-derived ingredients were used in dog and cat food in the US in 2018. Because of this, a new generation of science-forward pet food startups have cropped up in recent years to create new sources of protein for our pets.

In addition to Bond, Wild Earth has developed a line up of pet food with plant-derived protein in the form of a fungi called Koji, while Because Animals, a startup creating both plant-based and cultured protein-based pet food, has already created a cultured-mouse meat prototype for cats.

All of this innovation in pet food protein hopefully means a future where not only our Fido and Felix are happy, but is also good news for the Ingas of the world.