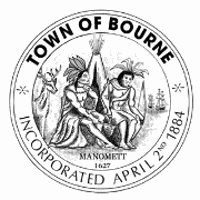 The Bourne Planning Board has deferred making a decision on approving a dog training facility in downtown Buzzards Bay. Board members decided to continue the matter until a site visit could be held that would provide members with additional information about the business and its location.

The matter was taken up by the planning board during its remote Zoom meeting May 27. The business, To the Rescue Canine Training, would open in the building at 10 St. Margaret’s Street in Buzzards Bay. The building currently houses Bubba’s Motor Sports.

Assistant town planner Jennifer Copeland explained to the board that the use table for the downtown business district does not include dog training facilities. Ms. Copeland added that, if the board were to permit the use of the building for the business, it would have to determine that the use “will not be detrimental to other uses within the district or to the adjoining land uses.”

The board’s finding, she said, must also indicate the allowable use in the downtown district to which the dog training facility would be most similar. Members pointed out that there is a dog groomer, Deb’s Dog House on Main Street, as well as Veterinary Cancer Specialists of New England on Cohasset Avenue.

Business owner Kenneth Brady appeared before the board and explained that his specialty is training dogs, and that includes a “board and train system.” Some dogs, Mr. Brady explained, may be housed in the building for anywhere from one to four weeks, for training. He added that the number of dogs staying in the building could range from one or two, up to 10 or 15.

The dogs would also be left alone in the building overnight, Mr. Brady said. A staff member would be at the business until 10 PM, and then someone would arrive by 6 AM, he said. Board member Sandra E. Goldstein asked if leaving the dog alone for that long would be traumatic for them, and Mr. Brady assured her it would not.

Member Elmer I. Clegg said that because, in some cases, dogs would be housed overnight, he considered the business would come closest to being a kennel. Ms. Moore noted that if the planning board considered it a kennel, it would be regulated by the Bourne Board of Health, and it would also have to come back before the planners for permitting.

Board members expressed concerns about the level of noise abutters would have to endure. Member David O’Connor called the issue of nighttime noise “perhaps the salient point.” Mr. O’Connor said that, given the number of dogs, potentially as many as 10 to 15, he agreed with Mr. Clegg that the business comes closest to being a kennel.

Mr. Clegg argued that the business should be located in an industrial park, and not the downtown area. He noted the location as being very close to St. Peter’s Episcopal Church-on-the-Canal and suggested the church “would be a property most sensitive to the noise issues.”

Mr. Brady said the cages the dogs would be crated in have glass sides and steel fronts that would insulate barking. He added that the building is made of concrete blocks, which would further hold in any noise made by the dogs.

“They could be barking their heads off and no one will hear them unless they’re standing next to the building,” Mr. Brady said.

Mr. Clegg further argued that the dogs training will have to be done outside, and the barking could be annoying to neighbors. Mr. Brady said that there will be two rooms inside the building for training, with some of the work taking place outside. He assured the board that noise during outdoor training is rare because the dogs are taught not to bark.

“For a training facility it’s all about control,” he said. “This isn’t a doggie daycare where we send them all out to play.”

Board members were still reluctant to make a determination that night. Mr. O’Connor volunteered to make a site visit, take some photos of the interior and exterior of the building, and report back to the board. A motion was made and unanimously approved to continue the matter to the board’s meeting on Thursday, June 10.

The board ended its meeting by reorganizing its slate of officers. The only change was the election of Daniel L. Doucette as chairman. The vote to make Mr. Doucette chairman was unanimous. He most recently served as the board’s chairman from 2016 to 2017.