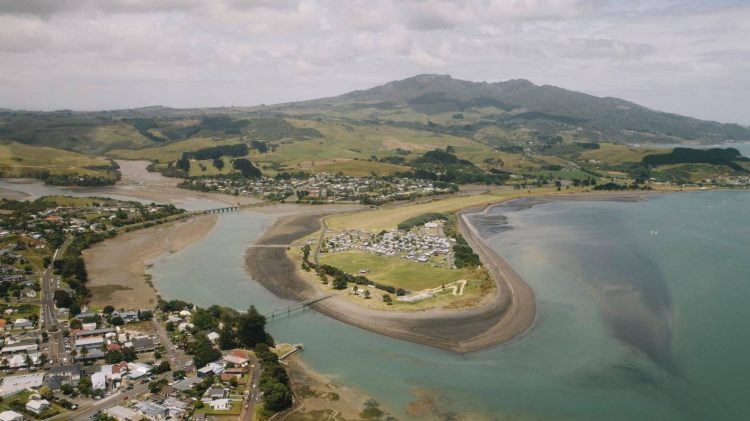 A busy thoroughfare to a Raglan beach will soon be cut-off as a Waikato council aims to crack down on airfield safety.

But a resident says people will “jump the fence” if forced off the area they’ve been using for 60 years.

Raglan aerodrome is frequently used by walkers and for dog exercise, serving as direct access to a beach that’s popular with swimmers and kite surfers.

This week, a majority of Waikato district councillors voted to ban walking access across the aerodrome, instead creating a trail around the airfield to the beach.

“Waikato District Council has done nothing to discourage people from crossing the landing zone, and now they just want to lock us out,” Rayner told the Infrastructure Committee.

The council’s proposals include removing the pedestrian access gates at the airfield and building a 1.2 metre fence.

Rayner, a Raglan Community Board member, said they want to trial a 40-metre barrier, with signs, directing people to avoid the specific runway zone.

The rest of the airfield could be used safely, as locals had been doing for decades.

The aerodrome was one of the largest open spaces in Raglan and up to 200 people could use it on a busy day, he said.

Residents’ rates subsidised airfield maintenance for private planes, where Aucklanders flew down to Raglan “for a latte and a skate and bugger off again”, he said.

“I propose council suspend all non-essential and non-emergency air traffic until we resolve this issue. Instead of telling us: pedestrians out, pilots in.”

“The council is not making it safer because no-one is going to abide by these rules.”

Raglan aerodrome was part of 88ha of land originally owned by Tainui Awhiro and (a smaller part of the airfield owned by Ngāti Mahanga), but it was claimed by the Government as a military airfield during World War Two.

Much of the land – which had been turned into a Golf Club for 30 years by Raglan County Council – was returned to Tainui Awhiro in 1978 after a long campaign, but not the airfield itself.

During the meeting, Waikato District Mayor Allan Sanson said he “didn’t want to hear anybody” talk about the ownership of the airfield, currently tied up in a Treaty of Waitangi claim.

He wouldn’t budge on health and safety rules.

People were blasé about health and safety until accidents occurred.

“The last thing I want is for this council to be in a situation where an incident happens, and we get hauled in through a review and … we will be asked, how did we treat this issue today?

Information provided by Waikato District Council has recorded three near misses with planes and dogs since November 2020.

Sanson told Stuff health and safety laws put the council and the chief executive directly in the firing line if someone got hurt.

“Why the hell wouldn’t you protect the interest of both the community but yourself and your own wellbeing as an organisation?”

“You’d never contemplate walking across any other airfield so what’s the difference in Raglan?”

Raglan ward councillor Lisa Thomson disagreed with the changes, saying the council needed to work with the community on safety upgrades.

Thomson and Onewhero-Te Akau Ward councillor Carolyn Eyre voted against the recommendations, while all other councillors voted for the safety changes.