Canines and the City: 3 Steps to House-train Your City Dog! 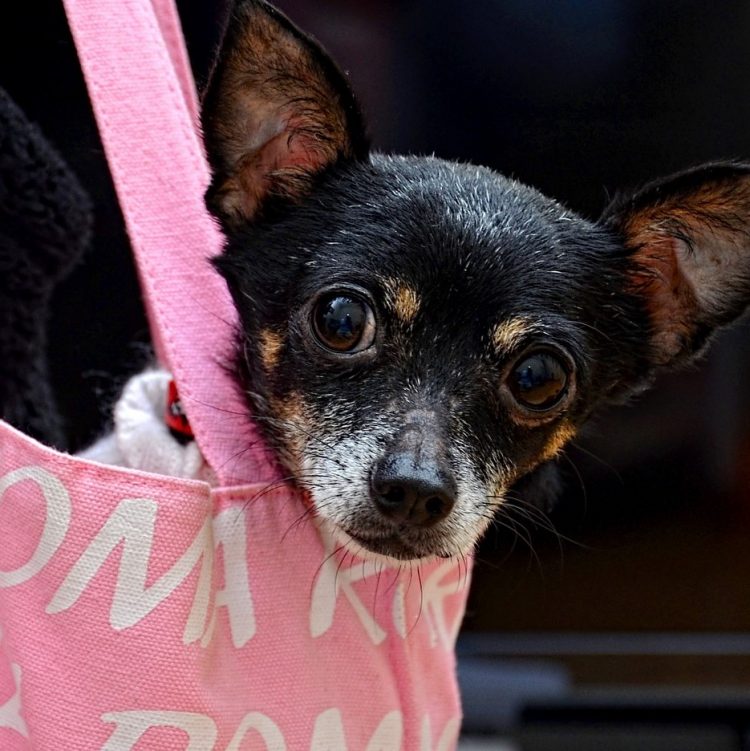 Many more city dwellers are choosing to have dogs as pets. The city can be a fun place for your pooch but does not come without its challenges. Here, we look at house-training puppies in the city and three of the key factors to consider. 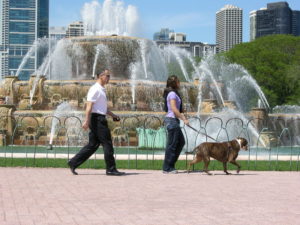 The key to training your dog to go from using the bathroom on a pile of papers in your apartment, to holding it in and using an outdoor spot, takes a little common sense and some outdoor etiquette.

Going from the papers to the outside means you need to carry your puppy to the right area. Small puppies are easy to carry outside but you may need a carrier of sorts for bigger dogs or if you are not strong enough. Once you have finally carried your loaded puppy outside without an international incident and all you see before you are blocks and blocks of concrete, where should you go?

Of course, it should go without saying that all areas frequented by people, including flower beds, children’s play area, city trees and other landscaping are all off limits. Letting a male dog lift his leg on somebody’s garbage can or other things that might not be touched by humans is not very nice.

Just be prepared to spend some time training your puppy to potty outdoors on busy streets. A fearful puppy won’t be relaxed enough to want to potty. The puppy can be so distracted by all the stimuli that he won’t want to go outside. But, will your puppy ever learn to go on concrete amid the commotion of people and cars? With a bit of training, yes.

One method for outdoor potty sessions is called curbing. This means that your dog eliminates over the curb into the gutter. Position your puppy’s rear end over the curb and let him fire away. Praise the pup quietly and calmly while he’s going, and praise exuberantly immediately after the act. Note: If you praise too much during the act, your puppy will get distracted and wriggly not a good combination in mid-elimination.

When there is a mistake, don’t panic, just work on it next time. Smile at people, and pick up after your dog. Don’t drag the pup over in mid-poop and scold him for going in the wrong place. Instead, get him to the right place next time. Make it a habit and praise him; the dog will catch on. Life will be easier if you teach your pup to potty on cue. Once he’s about to start urinating or defecating, calmly say the cue words and praise your pup. After he’s done, praise him once again abundantly.

Those who live in cities and other restricted spaces may have other potty area options they hadn’t even considered. A walled or fenced rooftop area might actually be quicker to access than the street for some folks. Be sure the area is secured with a strong fence that pups can’t wriggle through. If it’s walled, keep your dog on a leash to ensure the pup doesn’t decide to explore the drop-off on the other side.

A terrace is another good alternative, especially for bigger dogs. Additionally, some buildings have a basement area or storage room that can double as a potty area. Choose a concrete or tiled area that’s easy to clean and hose off.

A few people have installed graveled pits or grass strips (fake and real) on their patios for dogs to use. However, these tend to get dirty quickly. You must be extra vigilant about cleaning up and replacing the grass when needed to keep those pristine enough for your dog to want to use them.

And lastly, always to be courteous and remember that a foul odor from the potty area can create problems for you and your neighbors, especially during the summer, so keep all areas clean and tidy.

Step 2: Be Aware of the Threat of Disease 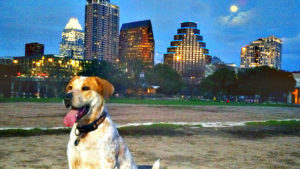 One of the major concerns about potty training a puppy to use the bathroom outside in the busy city is the possible spread of disease. Deadly distemper and parvo disease, as well as parasites, can be transferred via infected canine feces and bodily fluids.

A puppy’s immature immune system leaves him open to all kinds of disease until they’ve had their third set of vaccinations (which is typically between the ages of 16 and 20 weeks). Therefore, some veterinarians recommend clients keep their pups in a virtual quarantine for the first 16 weeks of their lives. But your urban puppy might need to venture outdoors to potty.

Luckily, more and more vets are recognizing that puppies must be socialized during their critical developmental period from 12 to 16 weeks of age and are discussing house-training options with their clients. If your vet says it’s alright to go out during the critical period, choose the places to take your pup carefully. Avoid areas where lots of dogs congregate or eliminate, such as dog parks, fire hydrants, and street trees.

Know your neighborhood. In some, virtually every dog that walks down the street is vaccinated. In others, there are strays. Often, the more commercial areas have fewer dogs so they can be safer. Occasionally, young pups become so used to eliminating indoors that it takes extra training to convince them that going outdoors is OK and even desirable.

Step 3: Litter Boxes Are Not Just for Cats 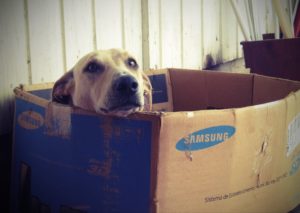 For small dogs, paper training and litter-box training are much easier to use as a permanent, long-term potty solution. Both of these can work very well for people who cannot take their puppy outside that often. However, for medium and large-sized dogs, consider the sheer amount of paper, litter, and mess you’ll be dealing with all while hauling it to and from your apartment. Some messes run off the papers, and the dogs track through it. Also reconsider if your dog is a stool eater, a digger or if your apartment has poor ventilation.

To get your dog used to the litter box and litter of your choice, use positive reinforcement. Let your pup wander over to the box or place him in the box and give him praise and treats. Do this several times a day until your pup seems comfortable with it.

Depending on the size of your dog, you can choose from a slew of canine or feline box styles: small to large, hooded; raised and open; green to blue. Fillers can be papers, absorbent pads, recycled and natural litters, and other commercial dog litters. Your puppy probably has a preference for certain filler textures and depths. Every dog is unique so you’ll have to experiment to see what he’ll go on. If you’re worried about litter going over the sides, purchase a hooded feline litter box and cut the roof off (be sure to sand those edges). Place a mat or layer of paper around the box to minimize the mess. Also, try a large, plastic storage bin with a hole cut on one end or the top half of a crate especially for larger dogs or those that lift their legs to urinate.

Clean the litter box after every use or a minimum once daily, or your dog won’t use it. At least once per month, empty out the box entirely and wash with soap and water. As with regular housetraining, teach your pup to go on the litter by supervising, making sure it’s the only potty option available at first and praising for correct behavior.

Some people who have small dogs and live in high-rises will use the litter box for the dog’s entire lifetime. This is certainly not a problem. However, if the dog’s only toilet is his litter box, and he doesn’t want to eliminate anywhere else, you’ll have a difficult time traveling with him.

Don’t Be Lazy, Your Pup Will The One That Suffers.

A big concern with litter box usage is that puppies, particularly small breeds, don’t receive enough exercise and socialization. Unfortunately, there are some people out there who use a litter box as an excuse not to take the dog out. What you end up with is a dog that never leaves the apartment, never gets fresh air, and never gets exercise that’s just not right!