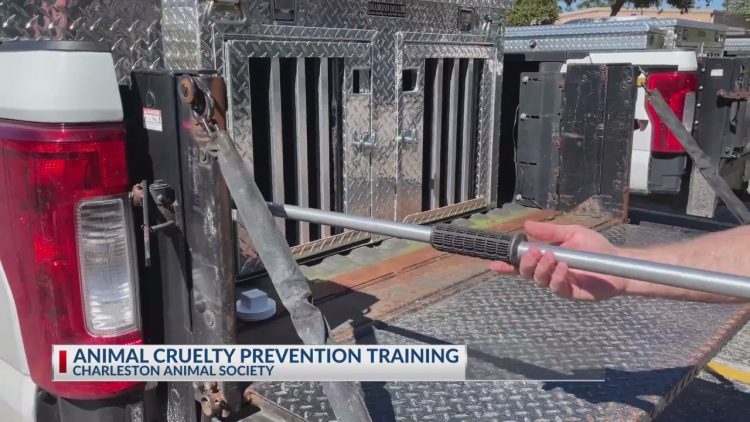 The state of South Carolina currently does not require any animal control training for officers, so CCSO, among other agencies in the state, have taken it upon themselves to learn more skills and tactics.

According to Sergeant Kimberly Poirier with the Charleston County Sheriff’s Office’s Animal Control Unit said her unit is not a group of “dog catchers.” Rather, they are true deputy sheriffs who just happen to be on the Animal Control Unit.

From disaster responses to exotic animals and even removing animals from meth labs, the Code 3 Training covers it all.

Aldwin Roman, the Vice President of Operations and Strategy for the Charleston Animal Society, said officers have come from as far as Colorado and Portland to attend their training sessions. Roman said by hosting this training, they are giving the officers an opportunity to get more professional training and be better at their jobs.

Sergeant Poirier said the training keeps her unit sharp on investigative tactics and adds into how they can better educate those who may be offenders.

That education is on what the ordinances and laws are as some may not be aware of them. The Charleston County Sherriff’s Office prefers to give individuals the benefit of the doubt rather than reprimand immediately. The benefit of the doubt comes with a follow-up, and while many times people do the right thing, citations and actions could follow if change does not occur.

Sgt. Poirier said in severe circumstances, they have done seizures of the animal through court order or warrants. Arrests can also occur as a result of a seizure or a bad circumstance.

With pending investigations across the Lowcountry, Sgt. Poirier said their unit’s work is never done.

If you suspect any animal mistreatment or cruelty and would like to call for a welfare check—you can do it on the non-emergency line unless there is an imminent danger to that animal or an individual.

Dalmatians Are Officially the Cutest Dog Breed, According to Science

Dalmatians Are Officially the Cutest Dog Breed, According to Science