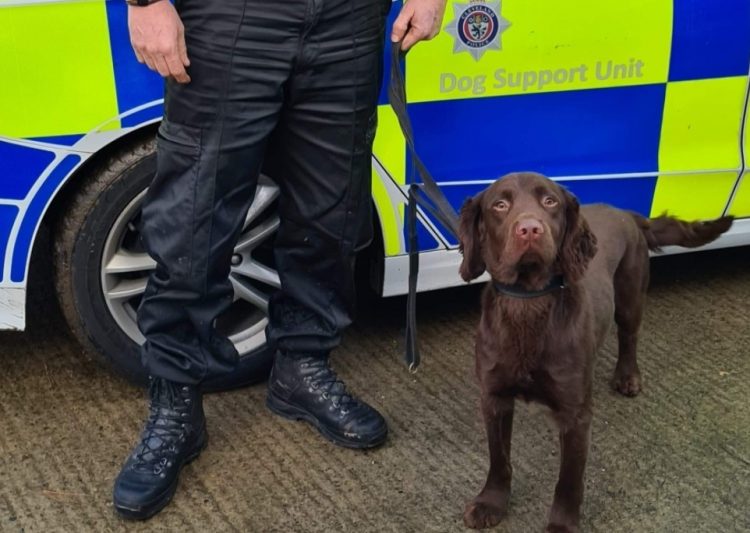 A DOG breeder in Chirk is donating a second pup to a police unit in England after one of his pups left a good impression on officers.

Gavin Roberts donated one of his newborn labrador-springer cross puppies, named Benji, to a police unit in Newcastle two years ago.

After Benji underwent rigorous police training, officers were left so impressed that they contacted Gavin to find out if they could have another puppy when the time was right – to which Gavin replied yes.

He said: “Our dogs are really good, they’re crossbreed, and because they are so good I wanted to donate one to the police.

“Benji has been brilliant since going there – he’s passed all his training and is now a drugs, cash and gun sniffer dog.

“They were so happy with him that they wanted more. They’ve had another litter and they’ve asked us for two more.

“The dogs go through a lot of training to ensure they are steady in large groups of people and then they have to learn to search for different smells which is quite intense.”

Gavin is donating one puppy from a newly-born litter, while his friend Caroline Rampley, who previously purchased a puppy from him, is also donating a puppy to the same police unit.

Officers have been providing updates about the dogs and how they are doing since completing their training.

“They sent a picture of him after his first bust with all the items he had recovered.

“It makes you really proud to see that they’re doing well.

“It’s really nice to hear they are so impressed with them that they want more.”