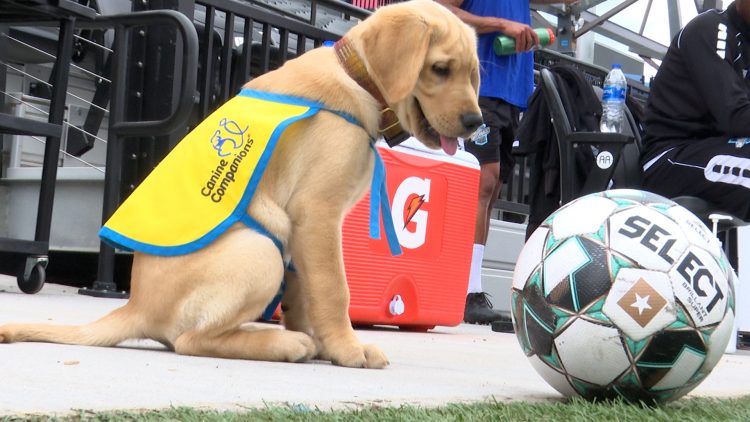 COLORADO SPRINGS, Colo. (KRDO) — On Wednesday afternoon the Switchbacks got to meet their new teammate, but while he loves to play, he won’t be playing professionally anytime soon.

Striker is an 11-week-old golden labrador and a service dog in training. Striker is with Canine Companions. The non-profit provides service dogs for kids, adults, and veterans at no cost.

For the next year and a half, he’ll live with a volunteer puppy raiser in Colorado to learn basic commands and how to to do things like go to the grocery store or a soccer game.

“Really the most important thing about the job is to expose him to a lot of different experiences so he’s a confident dog,” said Kemp.

“It’s going to be great training for the puppy as well to be part of a large 8,000 seat stadium where he can get trained while also engaging with our fans,” said Jon Taylor, the executive experience associate for the Switchbacks.

Taylor says it also provided a great opportunity to support a good cause.

“It’s a great opportunity to be a part of the great things they do in this community for military families, anyone in need of a trained puppy,” said Taylor.

Switchbacks fans also got to name Striker though a social media poll. They won’t be able to get to meet him until this Fall.