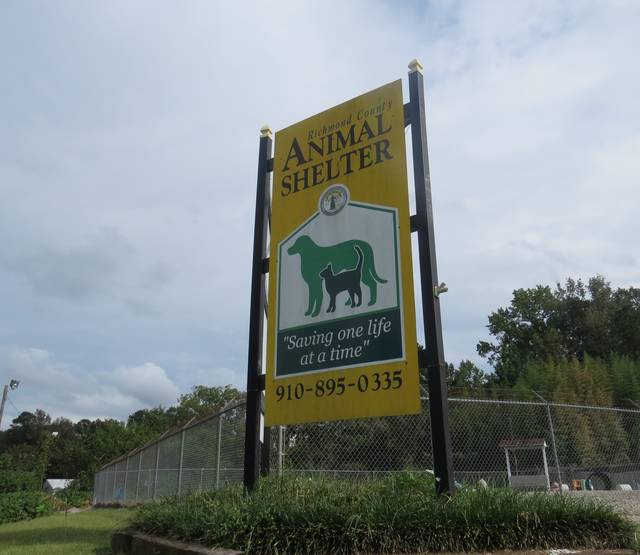 ROCKINGHAM — Richmond County Board of Commissioners Chair Jeff Smart assured the public that the board working to improve conditions at the Richmond County Animal Shelter following the second $2,000 citation for the shelter since fall 2019.

Following the Daily Journal’s coverage of this most recent penalty, many members of the public expressed outrage and called for change in leadership at the shelter, run by Director Bonnie Wilde. Smart on Tuesday addressed the public’s concerns, saying that the current board has met with state officials about the shelter and that they are considering options for new training for staff.

“It’s not something that this group of commissioners is ignoring. We are reviewing and watching it every day to make sure things are run properly,” Smart said at the meeting, which was being held via WebEx. “As always there’s a chance, when dealing with hurt animals or neglected animals, that you run into very difficult situations but you just have to be trained to handle those situations and we’re looking into the proper training to make sure that all that happens and all our employees are trained properly.”

In January, the North Carolina Department of Agriculture and Consumer Services Veterinary Division issued a total of $2,250 in penalties against Richmond County following an investigation into violations of state law relating to the proper care of animals. Of that, $2,000 was related to the care of a dog named Princess who was picked up last summer with “paralyzing” injuries after apparently being struck by a car.

A spokesperson for the DOA told the Daily Journal last month that while the shelter is not solely at fault for the treatment of Princess, it is the only entity under its jurisdiction.

Princess has since recovered after receiving surgery, and is in the care of a rescue, according to the DOA.

DOA additionally fined the county $250 for failing to properly clean its animal enclosures two times per day on the same day Princess was brought in, and warned the county for violating the North Carolina Animal Welfare Act’s requirement that shelters have staff available to feed puppies and kittens less than six months old at least twice a day with a minimum of an 8-hour interval between feedings, and for failing to provide full written disclosure of the medical condition of an animal to the owner. If the county is found in violation of either of these requirements again, it could result in a penalty of up to $5,000.

Smart said he wants to see the shelter be a “successful operation” and called on residents to do their part to take care of animals to help take pressure off of the shelter.

“I know it’s a very sensitive issue for a lot of people and I just don’t want you to think that we’re just not trying to handle it and ignoring your comments, that’s not what’s happening at all,” he said. “There’s some responsibility to our citizens of Richmond County so we won’t have stray animals and hopefully don’t be hurt and neglected so that have to go out to the shelter. So I ask you to do your part and take care of the animals that you have and try to find a home for them if you can’t. That would make all our lives much easier.”

To support the Richmond County Daily Journal, subscribe at https://www.yourdailyjournal.com/subscribe.