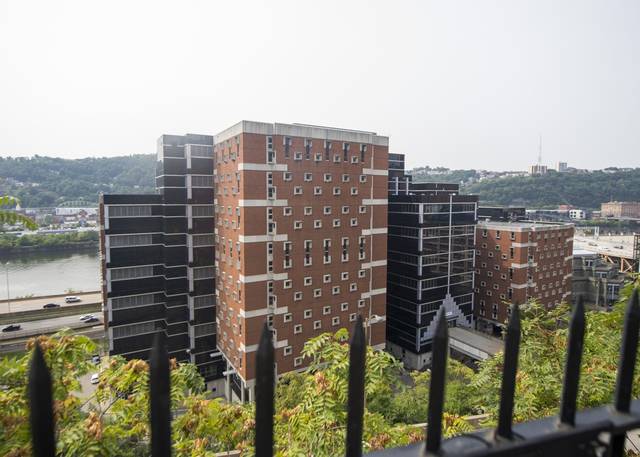 TribLIVE’s Daily and Weekly email newsletters deliver the news you want and information you need, right to your inbox.

In the video, an inmate at the Allegheny County Jail holds up his dinner tray and describes his meal.

“This is bologna with applesauce in it and Teddy Grahams,” he says. “That’s the only thing that’s on our tray for dinner tonight. No juice, no vegetables, no fruit, no nothing.”

“I want you to make this go viral, auntie, you hear me?”

The recording, captured in a video call from the jail Saturday night, has made its rounds to advocates and politicians and led to increased criticism of jail administrators because of ongoing staffing shortages and an alleged lack of medical care.

The situation that led to the bologna dinner was caused by a kitchen staff shortage, which was caused by quarantining for possible covid-19 exposures.

As of Monday, the jail had 28 inmates who are currently infected with covid-19. Sixty-two workers have tested positive for the virus, since the pandemic began. Of those, 46 workers have recovered. County Spokeswoman Amie Downs declined to say how many inmates were in quarantine.

According to a written statement by Warden Orlando Harper, incarcerated people who worked in the jail’s kitchen had to be quarantined.

“Throughout the weekend, two of the three pods that work in the kitchen had inmates exhibiting symptoms and as a precautionary measure, no one on those pods were allowed to work their shifts,” Harper said.

He said a third pod of workers worked a second shift Saturday night leading to the meal seen in the video post.

“Moving forward, the facility is planning to order ready-to-go meals that can be utilized in similar situations,” Harper said.

Jaclyn Kurin, an attorney for the Abolitionist Law Center, said the lack of nutrition is part of a larger problem at the jail.

“I think the administration has shown a lack of care. Their intentions are belied by their inaction. We’ve seen that by interviewing hundreds of people, their families and former employees, as well.”

Inmate Michael Kiselka, who is being held in the jail for a habitual drunken driving offense, is on pod 2A. He was working in the kitchen until about three weeks ago, when his pod was moved into isolation for covid.

Kiselka said a meal on Sunday included mashed potatoes so “dark gray” he couldn’t eat them, and a pile of something that looked like “cat food.”

Dinners, he said, have been bologna that was so bad he “wouldn’t even give it to my dog.”

Harper said that meals at the jail “are never used as a reward or disciplinary measure.”

Instead, they are designed to meet recommended dietary allowances and caloric requirements, and the menu schedule is reviewed by a registered dietitian.

But Kiselka said there are more problems at the jail than just the food.

When he was first put in quarantine, he said he remained completely locked down with not even an hour of recreation out of his cell for eight days straight. He wasn’t allowed to shower for five.

And medical staffing is so short, that inmates are sometimes getting their medications really early, or very late in the day, according to Kurin.

Kiselka said he has repeatedly received his sleeping meds at 5 or 5:30 p.m., meaning he falls asleep shortly thereafter and is awake again by 1 a.m.

And because he is quarantined, he said he has already missed one court hearing and will miss another Tuesday.

Medical staff was so short on Saturday, Kurin said, that one nurse was responsible for passing out meds to hundreds of inmates on more than 10 pods. In addition, intake had a large number of people that weren’t processed or checked out medically, she said.

Kurin, whose organization has filed two federal lawsuits against the jail in recent months, problems with medical and mental health care are concerning.

Harper said that “when staffing is a challenge, decisions are made to shift resources to where they are most needed. Such decisions are made to ensure staffing where there is the most critical need, and in full recognition that there may be an impact on other areas and staff as a result of that change. While there may be call-offs, or vacancies, the shifts are not uncovered.

“That was the case on Friday and Saturday as medical staff were directed to other critical needs, but on Sunday morning, medical was at intake to clear those inmates and allow them to be assigned to a pod and transferred from intake,” Harper said.

Allegheny County Councilwoman Bethany Hallam, who serves on the Jail Oversight Board, said if the jail is incapable of properly caring for the people in its care, maybe it’s time to release more of them.

“The board is statutorily mandated to protect the health and well-being of the people within the jail,” Hallam said. “It’s obvious that is not being fulfilled.

“It is neither safe nor secure what is happening in the jail right now.”

Relative to medical care, Kurin said she has heard from multiple people that the jail will not test people who are asymptomatic for covid, and in some cases has denied tests for people who do have symptoms — like loss of sense of taste; vomiting; diarrhea and pain when they breathe. Women with symptoms were told if they don’t have a fever they don’t need to be tested, Kurin said.

“Allegheny County Jail continues to be obstinate to reality, especially in a community which has the most cases and most deaths in Western Pennsylvania,” she said.

Kurin noted that most of the people in the jail have never been convicted of a crime, and if they have, it is likely not a serious, violent offense.

“We first need to acknowledge that everyone who’s incarcerated at the Allegheny County Jail has constitutional rights — not just for basic nutrition, but adequate medical and mental health care,” Kurin said. “This is just a symptom of a bigger problem and results from an administration failing in its responsibility for people it is required to care for and protect.”

Paula Reed Ward is a Tribune-Review staff writer. You can contact Paula by email at [email protected] or via Twitter .

TribLIVE’s Daily and Weekly email newsletters deliver the news you want and information you need, right to your inbox.