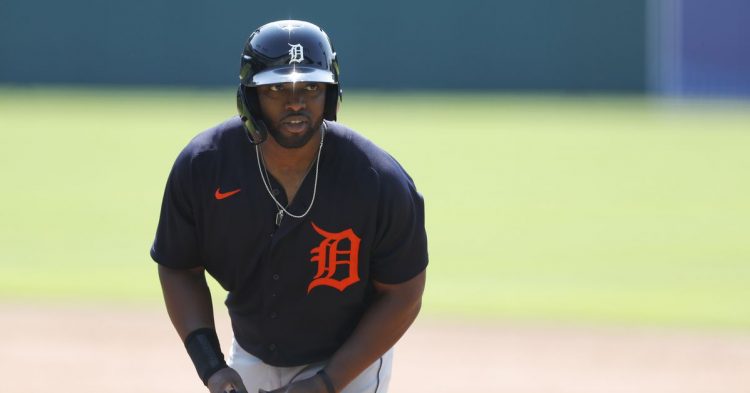 Hey, guys. We did it. It’s baseball week. The pitchers and catchers reporting countdown can now be justifiably framed in hours as opposed to days. The team has made some last-minute moves to further solidify(?) the lineup, and we are most likely looking at the fat slab of clay that Al Avila, A.J. Hinch, and the rest of the Tigers staff are going to mold into what we can hope is something better than the lackluster product we’ve seen over the past few seasons. As the team preps to get started later this week, there’s definitely some stuff to talk about. Let’s get to it.

Last week the Tigers came to an agreement with outfielder Nomar Mazara, a big strikeout, low-walk hitter with less than adequate skills defensively — which is a pretty on-brand pick-up for Detroit. The signing is certainly a buy-low move on a guy who is still relatively young and flashed some offensive promise in a time frame that we aren’t too far removed from. What this signing certainly seems to be doing is putting heat on the rest of the marginal talent that hasn’t already locked down a spot in the outfield. Namely, if you’re Christin Stewart or Akil Baddoo you should be a little nervous. It’s a big group coming in to compete for playing time. If you can hit, you’re likely writing your own ticket.

Minor league talent ranking systems are as plentiful as bad decisions in Florida. Evan Woodbery at MLive examines a few of the rankings for the Tigers farm this year to try and give a bigger picture look at where the Tigers system actually stands. With rankings that have the organization as high as number two and as low as 12, there are certainly differing opinions. What seems to be clear is that the team has played poorly enough to have the luxury of drafting well, but has used those picks to go very heavy on pitching — until last year, at least. Depth and balance seem to be concerns.

Rocker is a fit

Speaking of pitcher heavy drafting, Evan Petzold at The Detroit Free Press sees Vanderbilt pitcher Kumar Rocker as a likely pick for the Tigers in this year’s draft. He quotes Kiley McDaniel of ESPN stating the following:

“I probably don’t have to tell you that Detroit, it’s not just believed to be, like they will openly talk about ‘We love players that perform in the SEC that we’ve seen for multiple years’, and Kumar is that to a tee. He fits them perfectly.”

The Tigers went heavy on bats last year, and there is an expectation that they are likely to do so again for this year’s draft, but with injuries to some arms in the system and with Rocker’s ability and availability there is a likelihood — and good reason — for the Tigers to snag Rocker with their first pick before pivoting back to offense.

What’s in a name

Major League Baseball has done it again. They have taken something unique, interesting, and — in some cases — steeped with tradition, and completely erased it from our nation’s past time. As we have reported here, the minor leagues have been restructured, and part of that restructuring has been what is likely just a temporary renaming of the leagues. Gone is the Pacific Coast League and the Carolina League, replaced by such inventive monikers as Triple-A East, Southeast Division and so on.

The minor leagues as a whole are currently being referred to as the Professional Development League, but MLB has already said they intend to sell the naming rights because of course, we can’t let an opportunity to wring a little more cash out of the system just lay there unmolested. So, we can look forward to the Guaranteed Rate Professional Development League brought to you in part by Quaker Oats, the official oatmeal of Major League Baseball. I can’t imagine naming rights for the sub leagues and divisions are going to be too far behind.

Rob Friedman sat down with Marcus Stroman, and Stroman walked him through his various pitch grips. If you haven’t done it yet, you should watch the whole interview. It’s pretty great.

Dr. Anthony Fuaci weighs in on his optimism for baseball (and makes Ken Rosenthal look silly in the process). The Tigers are hiring an analytics associate if you’re looking for a job that likely underpays you by a substantial degree. Travis Demeritte we hardly knew ye. Dog Sleds, magic tricks, and autographs: what spring training is and what it won’t be now.

Does Having a Dog Make for Well-Adjusted Kids? – Consumer Health News

Does Having a Dog Make for Well-Adjusted Kids? - Consumer Health News