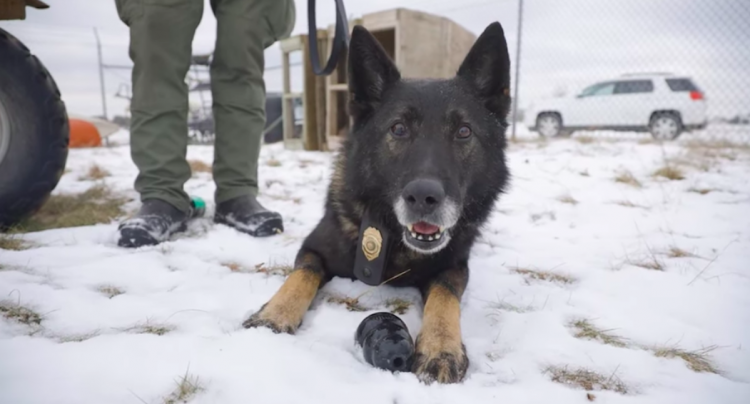 The Minnesota Department of Natural Resources (DNR) is saying goodbye to one of its standout employees: a German shepherd named Schody.

The K9 officer’s retirement was announced this past week, with the DNR noting that he enjoyed a “remarkable career” in which he “located evidence that was key to solving cases” and helped find multiple missing people:

His partner is Conservation Officer Scott Staples, who said in a video message that Schody’s sniffed out everything from bank robbery evidence to firearms used in poaching crimes.

“I spend more time with that dog than I do my own family,” Staples said.

As the Star Tribune notes, Schody is “the longest-tenured K9 partner in Minnesota conservation law enforcement,” and has picked up the nickname “Wonder Dog” because of his powerful nose.

The paper says he’s suffering from a degenerative disease — a common issue with the breed — but will continue to live with Staples and his family.