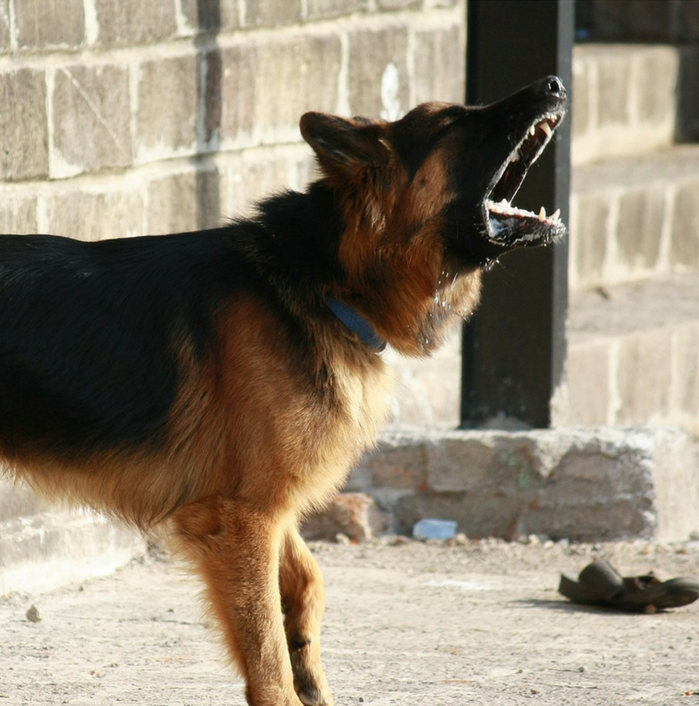 What is known as a bark or shock collar can seem excessive to some in training their dogs to minimize their barking. However, many believe that there are many benefits to these collars when used correctly. 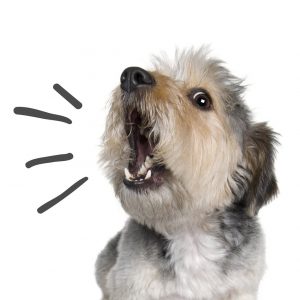 Here’s why you might choose a dog bark collar. Small dogs can seem huge when you are their best friend, and they offer you unconditional love. You know the second you come home how your dog feels about you. Unfortunately, your little dog can seem big in other ways. He can make a huge racket. Your neighbors and landlord might have filled you in on this.

Perhaps the head of the neighborhood association has paid a visit to discuss your dog and the conversation was difficult because your furry friend kept interrupting you with sharp irritating, ear-splitting yaps, unintentionally proving the very point your visitors have come to firmly make. Your little guy barks too much. He is, in fact disturbing the peace of the entire complex or neighborhood. If you have tried everything else then before you both find yourself out on the street, it’s time to consider finding a bark collar.

As cruel as you can find the thought of a shock collar if you have tried other methods of stopping this behavior you are helping the dog if you find any way to stop this habit that will give him a reputation as a nuisance. Even if you can tolerate his barking your neighbors no matter how nice will bear it only so long. After all, they are paying rent with the expectation of a peaceful place to live and your little guy is destroying that atmosphere.

How Does the Collar Work? 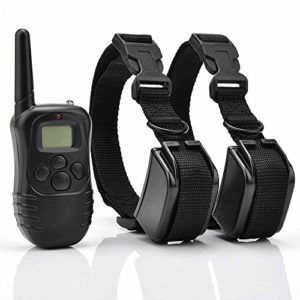 These collars are not the implements of torture you possibly think them to be. They do give the dog a series of small shocks to train him to stop barking. If you have tried isolating the dog to keep him from hearing outside noises that could trigger his aggression or fear, and you have tried taking him to a vet to check for problems that might be causing the non-stop doggy chatter, and if you tried a trainer and nothing works then this might be your dog’s best hope. After being aggressive, poorly housetrained or running away, the most common behavior that can keep him from being able to stay in a home long term, is excessive barking. The dog doesn’t know that, and you have exhausted all other methods to tell him. There are times you have to think for your dog, even if it is unpleasant and this is one of those times.

A shock collar fits around the dog’s neck. A sensor to detect barking and electrodes to administer a small shock is on the inside of the collar. On some types of shock collars, a beeping sound will first warn the dog when he starts barking. After a few seconds, a small shock is administered by the collar. Then, if he continues, this is followed by two more intervals of beeps and shocks. If the behavior does not stop, the collar ceases for a two-minute cooldown before starting up again.

Get the best quality bark collar you can afford. You want it to work well and cause your dog no problems, and you need it to be able to last at least six months. Some collars will warn the dog with a serious of beeps while others just use smaller to stronger shocks to train the dog to stop barking. The collar is simply a regular collar to which electrodes and a sensor have been added. The sensor picks up the vibrations of your dog’s barking and either warns him with a beeping noise or a small shock to stop. If your dog continues to bark then the collar will either begin light shocks or stronger shocks to train him to stop.

Keeping Your Dog Safe and Happy 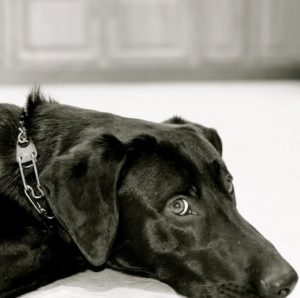 While your dog is being trained with a bark collar watch him carefully for signs the shocks are burning him or causing him more distress than they should. When dogs are very emotionally wound up, they might stop eating or drinking so keep a close eye on his food and water dish. Play and socialize with him as much as possible while he is being trained so he understands the situation between you is still good, but don’t reward him by removing the collar when tries barking. Be firm and careful while going through this training with your pet and understand by doing this you are helping him shake a bad habit that can keep him isolated and unwanted.

While you are using this as an anti-barking training device monitor your pet health carefully. Give him lots of love and encouragement. Make sure the collar is working properly and there are no burns on the dog’s neck, or that he doesn’t seem hoarse or having other problems. Watch to see that he continues to eat and drink as this is how some dog’s show genuine emotional distress.

The collar usually breaks the pattern of barking in a few days, but leave the collar on for a few months. It takes weeks for new behavior to succeed in changing a dog’s behavior just as a person has to work on changing their habits. Keep the collar just in case to make sure the behavior doesn’t return. Barking is a very hard habit to break since it is a part of the nature of the dog. Your neighbors will appreciate you correcting the situation and if your pet truly understood the situation so would he.

A Way to Avoid Rehoming Your Pet 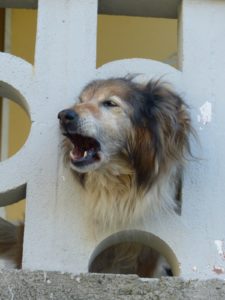 If you live in a townhouse, condo, or apartment you have probably found there is nothing worse than a dog that just won’t stop barking. The only worse thing possible is when it is your own pet that just won’t stop. The sad reality many face is being tied to a lease and being left with a horrific choice of having to find a new home for your best friend, because of this behavior.

This can be a behavior that starts in puppyhood and never changes, or it can be a sudden change in temperament. For some, it might start out after the owner stayed home for a week or more on vacation or during an illness. When the normal work schedule returns the dog begins non-stop barking sessions the second the owner is out of the door. Finding a new home often isn’t a real solution for the dog, since he might very well repeat this behavior in his new home. Next, to aggression or running away, this behavior leads the list of behavior patterns that put a dog at risk of being put out for adoption. Many small dogs wind up losing home after home with his barking eventually making him an unwanted pet.

Ultimately, it is up to you if you feel that this sort of collar would help your dog’s behavior. If so, it is crucial to use these collars in a controlled and humane way so that your dog’s welfare is your number one concern. Did Someone Say Doggy Treat? Only The Best Bowls Will Do

Get the Best Dog Door, Kennel and Fence for Your Little Dog

Get the Best Dog Door, Kennel and Fence for Your Little Dog