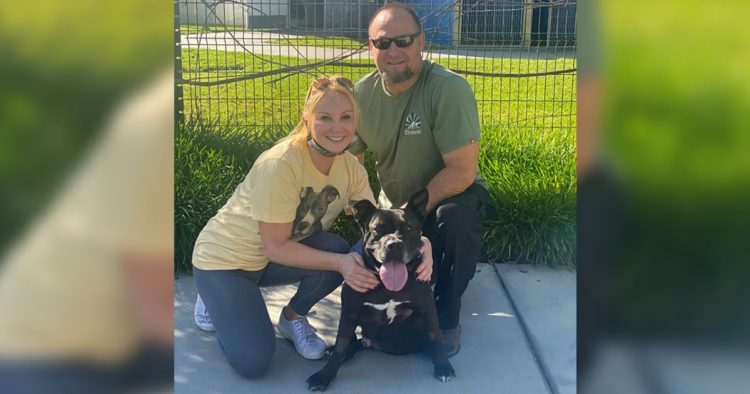 LOS ANGELES, Calif. — A shelter dog in California has gotten a new lease on life.

After spending 667 days at the Society for the Prevention of Cruelty to Animals Los Angeles (spcaLA), the pit bull named Melvin has finally found a forever home.

While Melvin spent hundreds of days in the care of spcaLA, the shelter says he began his journey as a lost dog with Long Beach Animal Care Services.

Th pup has had a rough time. According to spcaLA, he had to compete hundreds of hours of animal behavior training, he spent the last four months in foster care, and he had to undergo surgery last month for a cranial cruciate tear.

“A dog with a long length-of-stay like Melvin’s receives hours of training and daily enrichment in order to remain mentally and physically resilient and stable in the shelter environment,” said Sara Taylor CABI CPDT-KA, spcaLA Director of Animal Behavior & Training. “There is also a significant emotional investment because we become their interim family, waiting for someone to give them a chance to become a companion.”

The dog was set to celebrate his fourth birthday at spcaLA, but then he received some great news – a family chose to adopt him, and he’ll spend his birthday with them instead.

The shelter says Melvin’s two biggest challenges in finding a home were things he couldn’t change: the color of his coat and his breed. Ultimately though, an adoption counselor matched him with a family in search of the perfect pit bull.

The family has years of large breed experience and Melvin will have two pit bull siblings to call family, according to spcaLA.