The puppy, named Porter, was sold as a male red-brown Maltese cross poodle, but weeks later the owner realized she’d been conned. She posted a TikTok video of Porterpoo as a puppy, with a reddish-colored coat. The slideshow shows Porter growing in size, and his fur revealing white patches.

Text over the video read: “When you get scammed by the breeder and find out your dog was dyed.” The video racked up over 13.3 million views in less than three weeks, with 20,000 people leaving outraged comments.

One TikTok user said: “This actually makes me so upset and angry. It’s because of people buying dogs from breeders that dog theft is so common.” But a number of viewers explained that doodle breeds often change color when they lose their puppy coat.

One commented: “That looks like his puppy fur. I was there when my poodle was born and his fur is drastically lighter now.”=

Another added: “I have seen a lot of dogs go a different colour as they grew. We had a poodle that was very dark brown as a pup and grew up to be Leigh beige.”

In another video Porter’s owner explained how she has mis-sold the puppy as a male when Porter was actually a four or five-week-old female – far too young to have been taken from their mum. 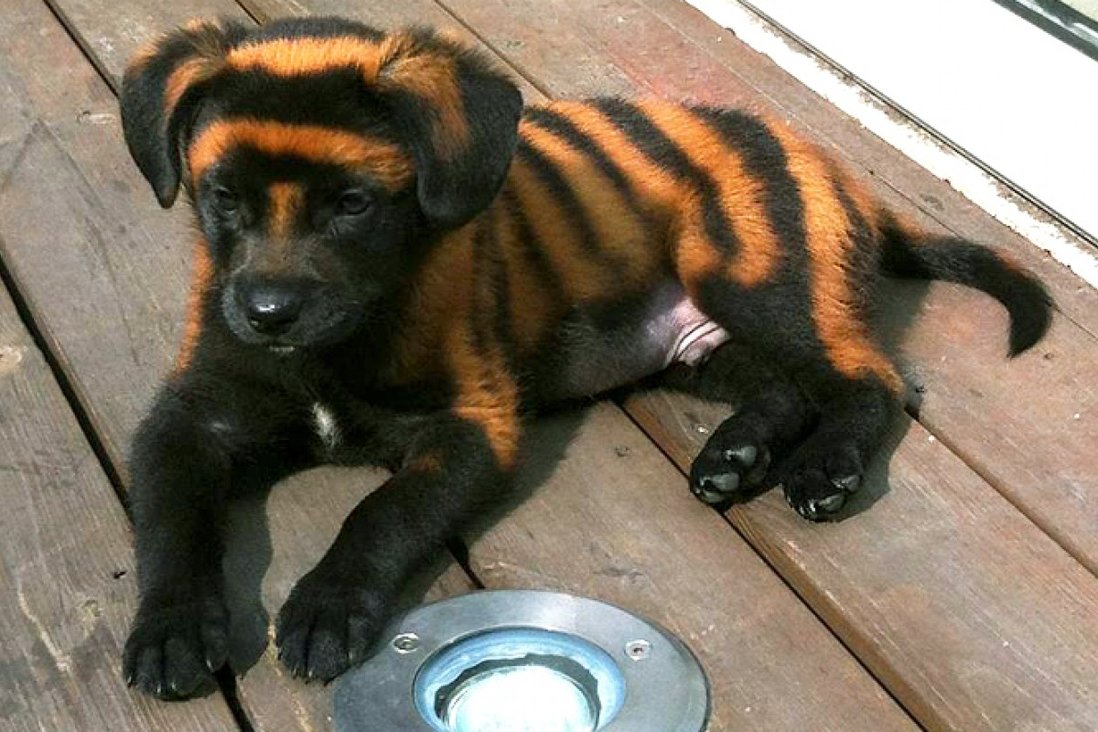 The owner said: “My family surprised me with a dog for my birthday last year. She was supposed to be a male red-brown Maltipoo.”

“We were told she was eight weeks old, but I thought it was weird that she was really frail and slept all day.”

Porter’s family asked the breeder to send over the puppy’s vaccination records, but reportedly stopped answering the phone, at which point, Porter’s owner “started freaking out” and took the Maltipoo to a vet. She added: “We soon found out Porter was a girl, most likely not a Maltipoo, only four to five weeks old and had not been vaccinated.

“I was so mad you have no idea, but we got lucky because she is healthy.” Porter’s owner was devastated to find out that sick puppies are often trafficked into the country and sold under false pretenses.

She issued a warning to viewers, urging them to research their breeders before purchasing a puppy, adding: “I discovered that puppy traffickers are often selling sick puppies. These puppies can be dyed to appear like another breed and color. Also, fake vaccination records are sold.

“Many of the puppies died days after purchase. If I had a choice in this I definitely would have adopted.”

The RSPCA believes the pandemic encouraged illegal puppy trading after the demand for pets surged in lockdown. A spokesperson said: “Shortly after the UK-wide lockdown began in March 2020, the interest in getting a puppy skyrocketed.

“Suddenly, prices for specific breeds doubled and the UK market struggled to keep up. With huge profits to be made, this imbalance provided ample opportunity for people acting illegally and irresponsibly to get rich, import puppies, and take advantage of pet buyers.”

“Sadly, buying an imported pet, especially one that has been smuggled, could cost thousands in vet fees and even more in emotional distress. Poor breeding and rearing can result in hidden risks such as lifelong illness, suffering, and premature death. These could all be on the cards, along with certain heartache.”