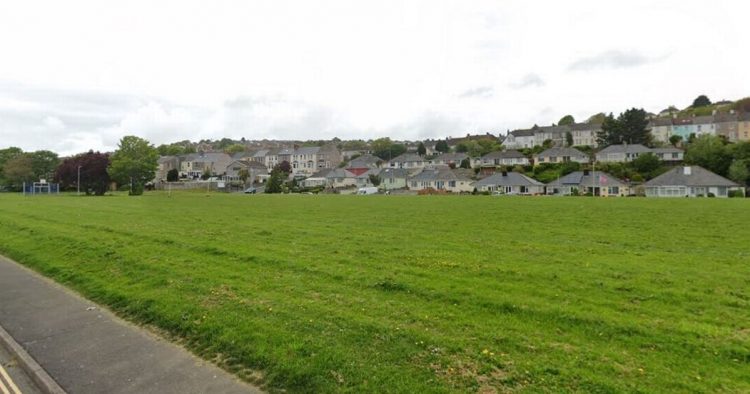 An American bulldog style canine has mauled another pet in an attack on playing fields in Plymouth, say police.

The incident, on ground near the schools at Lispon, happened on Saturday, January 9, and police say enquiries are ongoing.

On Twitter, officers from the Lipson and Laira areas said: “We are aware of a dog on dog attack on the playing fields by Lipson schools. Sat 9th 2021. CR/002271/21 refers and recorded as ‘Dog not under proper control ‘ .

“The family and the dog attacked have been visited and reassurance passed.”

A Plymouth police officer told PlymouthLive that the injured dog, of unknown breed, suffered three puncture marks “but is okay”.

The “suspect” dog is described as “American bulldog type”, said police – adding that believe they have identified the owner and will be contacting them soon.

They are looking to arrange a “dog control order” – nicknamed a “doggie ASBO” – which will see the owner asked to muzzle the dog while out and to ensure it is on a lead.

A Devon and Cornwall Police spokesperson said: “Police are investigating reports of an incident where a dog was attacked by another dog in a field near Bernice Terrace at around 9.15pm on Saturday 9 January.

“A man in his 60s was walking his dog in the area when it was reportedly approached by another dog which was not on a lead and attacked his dog causing injury.Officers have spoken to the man and have visited to see the injuries sustained.

“Enquires are ongoing at this time.”

The big dog: Petco Health and Wellness prices IPO above the range at $18 – Renaissance Capital

The big dog: Petco Health and Wellness prices IPO above the range at $18 - Renaissance Capital