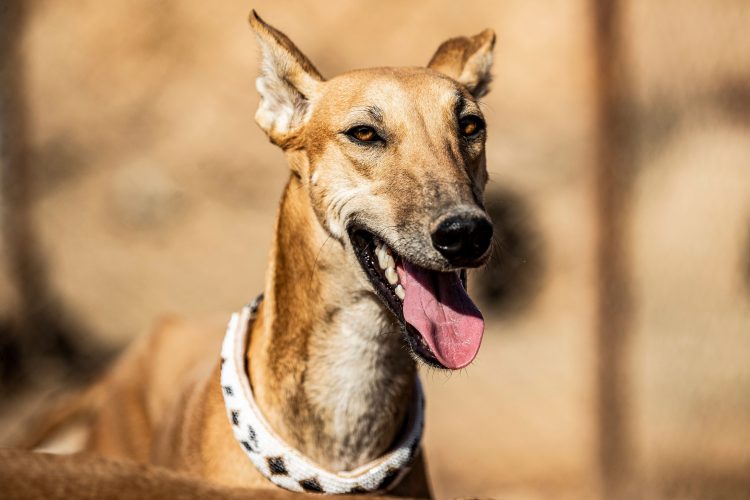 It was quite a limp-ression.

An empathetic UK pooch melted hearts online after imitating his injured owner’s limp in an apparent show of solidarity.

“Nothing wrong, just sympathy,” wrote Russell Jones alongside a Facebook video of the heartwarming display, which currently boasts 27,000 shares.

Indeed, the 12-second clip shows the London resident walking on crutches with a bandaged leg while his dog Bill hops alongside him with his paw raised.

Initially thinking something was awry, Jones wrote that he spent more than $400 in “vet fees and X-rays,” only to discover that his pet was lurching in commiseration. Needless to say, the compassionate pantomime elicited an outpouring of support on Facebook.

“Awhhh no way! That’s the cutest thing ever,” fawned one commenter over Bill’s apparent paw-lidarity display.

“I have watched this so many times! Bless him,” gushed another.

Needless to say, the compassionate pantomime elicited an outpouring of support on Facebook.
(Delil Souleiman ​​​​​/ AFP via Getty Images)

However, others felt that Jones was unfairly anthropomorphizing a pet that was clearly injured.

“[You] should change your vet!’ said one skeptic of Bill’s gait. “Obviously something wrong.”

“I would have suggested the owner seek a second opinion from another vet,” she told the Daily Mail, “and there are plenty of things that would not show up on an X-ray that can cause this, even as small as a thorn in the foot.”

So don’t lump dogs in with kids shaving their heads to support a cancer-ridden friend just yet. This isn’t the first time canines have exhibited a propensity for impersonation. Coyotes have been known to feign injury to guilt tourists into giving them food while, in a more hilarious incident, a dog “short-shamed” his stumpy corgi pal by “army-crawling” behind him on the ground. Although some suspect that he might’ve actually been rubbing his private parts on the rug.

This story was originally published by the New York Post.