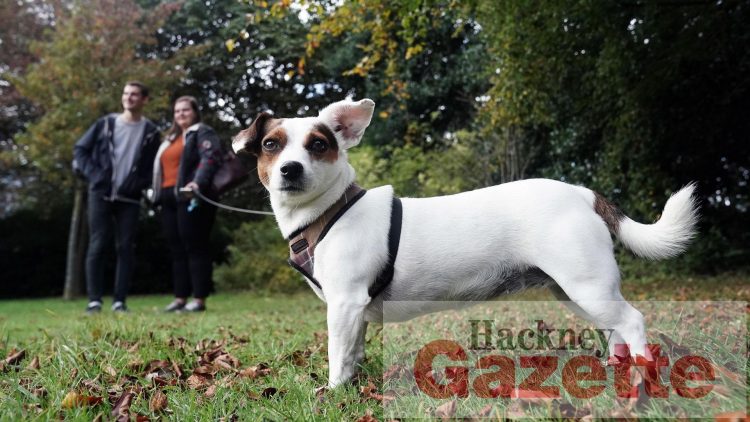 I‘ve been experiencing so many dog walkers who just can’t control their dogs.

As a dog owner of a dog whose recall is second to none, I’m astonished at the amount of people I meet who now have dogs they can’t control.

Now I’m well aware that lots of people have bought dogs over the last year, for whatever reason.

You may also want to watch:

But it also seems very evident to me that while people have been sitting bingeing Netflix or Tik Tok or educating their kids at home while trying to hold down a job, they seem to have forgotten to educate their new dog.

This I don’t understand.

They have all had the perfect opportunity to spend time every day outside (giving them a good reason to be outside other than for exercise) but it seems barely any of these dogs know their own names. The owners don’t even know how to train them, when all it would take is a little search on Google.

And now I’m angry. Over the last two days I have received a rope burn from uncontrollable dogs who are left to tear across Hackney Marshes, completely ignoring the calls (together with laughter of) of “Benjiiiiiii Biscuitttttttttt.” After confronting one owner after I’d received a burn on my hand (he was wearing big thick gloves so as not to get the same) he told me, “We’re going to take him to classes.”

I asked: “What on earth is wrong with trying to train the dog yourself? You might just save your dog’s life if he learns recall. It’s your responsibility.”

So this is my pledge to new dog owners, please get your dog to learn recall, before they push over an older person, or charge towards a kid who then becomes frightened of dogs for the rest of their life.

My friend’s son is now petrified of dogs, for this exact reason.

Dogs are a commitment.

They should be trained. The question is, what can be done about it?

Can we report owners whose dogs don’t behave?

How can we action this so people take more responsibility for their pooches?

Once upon a time you needed a licence to have a dog. Do we need to resort back to this?

Over the next four years, the UK will spend eight times more on the military than it will on tackling the climate crisis.

With just 7.1 per cent of last year’s global military spending, we could have vaccinated everyone on earth against Covid-19. We’ve got our priorities all wrong.

In 2020, global military spending rose to nearly $2 trillion, and the UK is the fifth highest spender in the world. At a time when our community has been wracked by Covid-19, thousands have lost their homes, jobs and businesses, the government has been spending money expanding into new areas of warfare such as killer robots, and increasing the UK’s nuclear warheads, which breaks international treaties and fuels a nuclear arms race.

Military spending makes us less safe, and wastes vital resources on outdated notions of military strength. Spending like this makes a mockery of Boris Johnson’s ambition to be a “force for good” in the world.

It’s time we chose healthcare over warfare, to truly defend people and planet.

Thanks for your continued support

Barnardo’s supports some of the most vulnerable children, young people and families across the UK and we couldn’t do it without the customers, colleagues and volunteers who support our stores.

We are delighted we’ve been able to reopen our stores after lockdown and by the wonderful response we’ve had from customers old and new following our first week of trading. We would like to thank all those who have kept hold of their donations for many months, we are now able to accept them once more. We are grateful to our colleagues and volunteers who have worked so hard to ensure safe, clean environments and of course to our customers whose spending supports our frontline workers.

Our frontline workers provide a wide range of support across communities and the demand has never been greater. We are helping children affected by bereavement during Covid, those who are struggling with their mental health because of anxiety, loss and family breakdown.

We are supporting parents facing poverty who have had to choose between food, heating or data for their children’s online learning during lockdown.

So, as we welcome everyone back to our stores we would like to say a big thank you for your continued support, and if you have some time to spare why not think about joining our team of amazing volunteers.

Why you should join Vegan Pledge

This June Animal Aid will once again be hosting our Summer Vegan Pledge.

The Summer Vegan Pledge is the perfect opportunity for those who are interested in trying a plant-based diet to do so, with all of the help and support they need.

The production of animal products, such as meat and dairy, is one of the biggest contributors to greenhouse gas emissions, deforestation, water pollution, land use and fresh water use around the world. On the contrary, a plant-based, vegan diet requires less land, fewer resources, produces vastly fewer greenhouse gas emissions and the world’s major dietetic organisations all agree that a well-planned vegan diet is adequate, healthy and can provide health benefits.

It’s never been easier to eat vegan, why not give it a try?