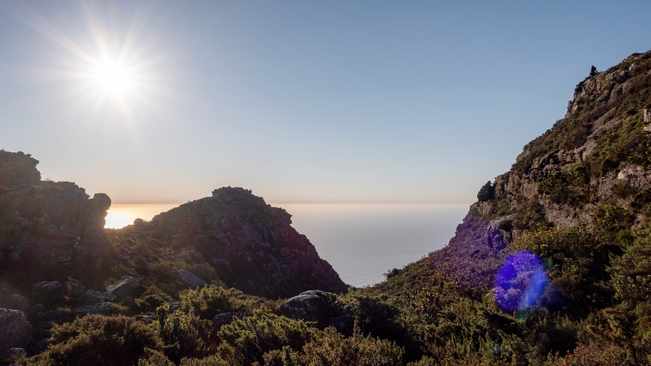 This has left many unhappy and calling for action. On the SANParks Table Mountain Park Facebook page a user posted about people leaving their dog’s poo lying in bags on the ground.

The user asked: “We need bins at the entrances to all dog-walking areas!! Otherwise, we will always have this horrible, environmentally-unfriendly, mess (seen at Molteno entrance on a single day this week) [Note: Surely, in the absence of bins, using a stick to flick dog faeces into the bush is better??]”

Others commented, “You don’t need bins, you need decent dog owners. Take your dog s**t with you.”

One person said that the bags full of poo has been seen hanging from trees sometimes.

SANParks spokesperson Reynold Thakhuli said they were aware of the issue.

He reminded people that anyone walking a dog on TMNP requires a permit valid for 12 months in areas designated for that activity the TMNP Park Management Plan. The permits are not transferable.

“We urge people to leave their footprints only and we would appreciate if dog walkers and the general public take out what they bring in, eg litter or dog faeces when departing,” said Thakhuli.

He added that the reality is that they are unable to put rangers behind every dog walker, therefore the responsibility lies with people to take their dog faeces as they depart the park.

“We truly urge everyone to care of the environment – if a user sees someone littering or not picking up after their dog please ask them to do so or report the individual to the nearest gate. A fine may be imposed on anyone found littering,” said Thakhuli.

The City’s by-law for the removal of excrement states “if any dog defecates in any public street, public place or public road, any person in control of such dog, excluding a person assisted by a guide dog shall forthwith remove the excrement, place it in a plastic or paper bag or wrapper and dispose of it in a receptive provided for the deposit of litter or refuse, excluding a person who is assisted by a guide dog.

“No person shall walk a dog other than a guide dog in a public street, public space or road without carrying a sufficient number of plastic or paper bags or wrappers within which to place the excrement of the dog in the event the dog defecates.“

Executive director for Safety and Security Richard Bosman said the City’s enforcement agencies will enforce this by-law should any such offence occur in their presence. However, experience has shown that many dog owners are responsible for cleaning up after their pets said Bosman.

“In public areas where dogs are allowed, like some parks and beaches, bins are generally provided where waste can be disposed of. However, should it be that no bin is available, owners are encouraged to wrap their pet’s deposits and dispose of these at home or in the nearest bin,” added Bosman.

This applies to any waste in general that is generated by persons visiting public spaces.