Dog survives fire, 2 weeks alone before being reunited with owner 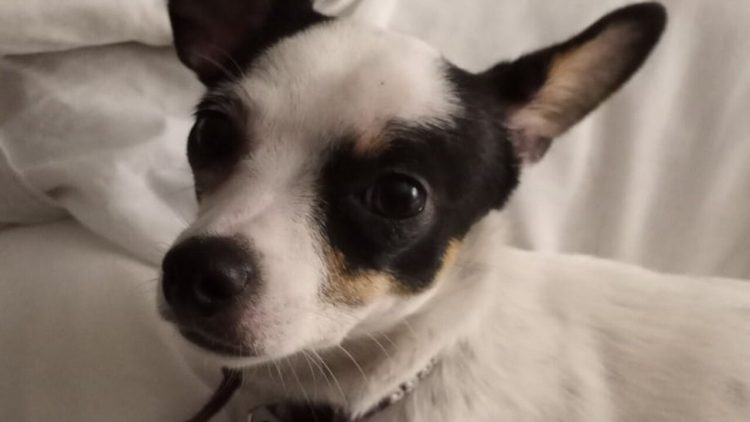 Dino Rasera lost everything when a fire destroyed his apartment last month.

He even thought he lost his dog, Marble, until two weeks later when they were finally reunited.

Before the fire, Rasera and his dad – with their dogs Ivy and Marble – lived in an apartment in Mount Clemens, Michigan.

On the night of Feb. 13, Rasera told Fox News that he and his dad were asleep when the fire started and were only woken up when someone knocked on their door.

Though Rasera, his dad and his dad’s dog Ivy, were able to get out of the building, Marble, a 1-year-old chihuahua wasn’t with them. She had bolted out of the apartment when the door was opened.

Marble went missing in mid-February when her owner’s apartment burned down.
(Dino Rasera)

He said that the moment he got out of the building, he started screaming Marble’s name, but he couldn’t find her.

After a few days, Rasera still couldn’t find Marble and he said he started to worry that maybe he’d lost her. But one night, he had a dream that Marble was running around the yard behind the apartments.

“I woke up and realized that Marble was alive,” he said.

That night, Rasera started posting about Marble on social media, asking people to help find her. He said friends started posting flyers around town and others searched the area daily looking for the pooch.

On Saturday morning, someone happened to see Marble standing in the window of Rasera’s burned-out third floor apartment. The man posted a picture of Marble on a local Facebook group asking if anyone knew who she belonged to.

Soon after that post, Rasera said his phone was overwhelmed with texts and messages from friends and people on social media, letting him know that Marble had been found.

Marble and her owner, Dino Rasera, were reunited Saturday after someone spotted Marble in a window of the burned-out apartment.
(Dino Rasera)

When he got to the apartments, Rasera said officials – and plenty of onlookers – were already there.

According to WDIV, Animal Control officers and the Mount Clemens Fire Department were able to safely get Marble out of the apartment, where she had been stuck for two weeks.

Marble had been stuck in the apartment for two weeks alone before she was found.
(Dino Rasera)

“I couldn’t believe it,” Rasera told Fox. “I started crying.”

“It was just amazing,” he added later.

Rasera said he was so thankful for his community, both for helping him find Marble and for raising money to help him and his dad as they recover from the fire.

“It’s so heartwarming that the whole community [has] – like strangers – helped us out and they’re still helping us,” Rasera said.

“Me and Marble are so blessed to have them,” he added later. “Because without those people, I wouldn’t have – I don’t think I would have gotten her back.”

Funny beach photos and pictures that will have you in tears

Vitamin D-og: How to Keep Separation Anxiety at Bay with Nutrition

Vitamin D-og: How to Keep Separation Anxiety at Bay with Nutrition