Follow us on Telegram for the latest updates: https://t.me/mothershipsg

Dog trainers were seen kicking a dog and tugging roughly at others by the leash at a park in Singapore.

A video of the incident was put up on Facebook on Sep. 20.

It was subsequently revealed that the incident took place on Sep. 9.

The video posted by Alfie Pan on Facebook showed several dogs and their trainers at a public park in Singapore.

A trainer in a black t-shirt was seen yanking on the leash of a brown King Charles Spaniel.

After pulling on the leash about three times, the dog shrieked in pain. 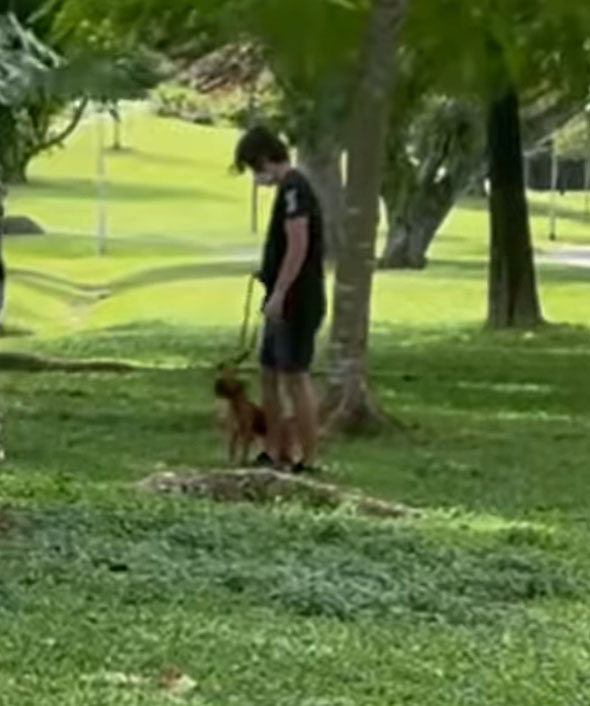 The man then turned towards the dog and continued to pull on the leash until the dog sat down.

In the next clip, a man in a shirt that says “K9 Trainer” at the back, was holding on to four other dogs via leashes.

A white golden retriever with a red bandana tried to pull away from the group as the trainer tugged on its leash about seven times.

A while later, another trainer took away one of the other dogs, leaving the white golden retriever behind with two other dogs.

The trainer then pulled the leash and kicked the golden retriever. The same dog was later passed to another trainer who continued to yank its leash repeatedly. 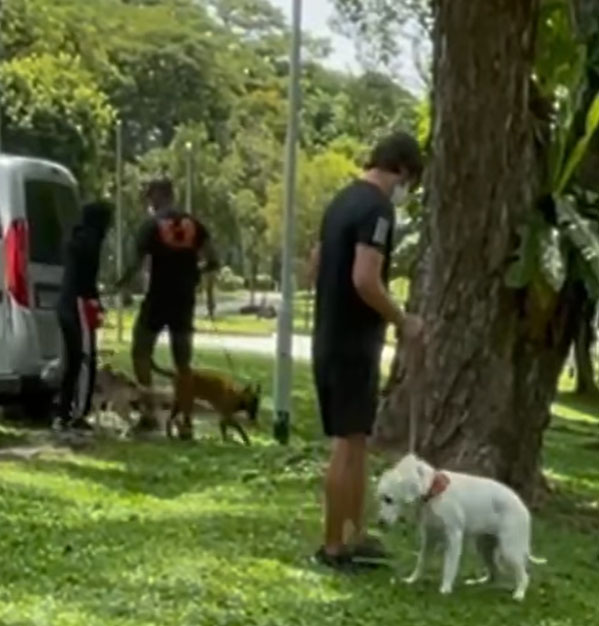 He then dragged the dog towards the car park and continued tugging the leash even when the dog sat down.

The caption on the video read: “I certainly do not agree with this training/daycare/dog walking centre’s method.”

Responses to the video unanimously panned the trainers’ methods.

“Shame on them,” one commenter said. “Call themselves trainers wearing K9 trainer shirts.”

Another questioned why the trainer could not use his hand to tap the dog instead of kick it.

Some commenters identified the dog training school involved as 3Dogs Academy and 3Dogs.sg.

In a Facebook post on Sep. 21, 3 DOGS Academy‘s owner, who referred to himself as Anthony, confirmed that the trainers belonged to the school and apologised for the incident. 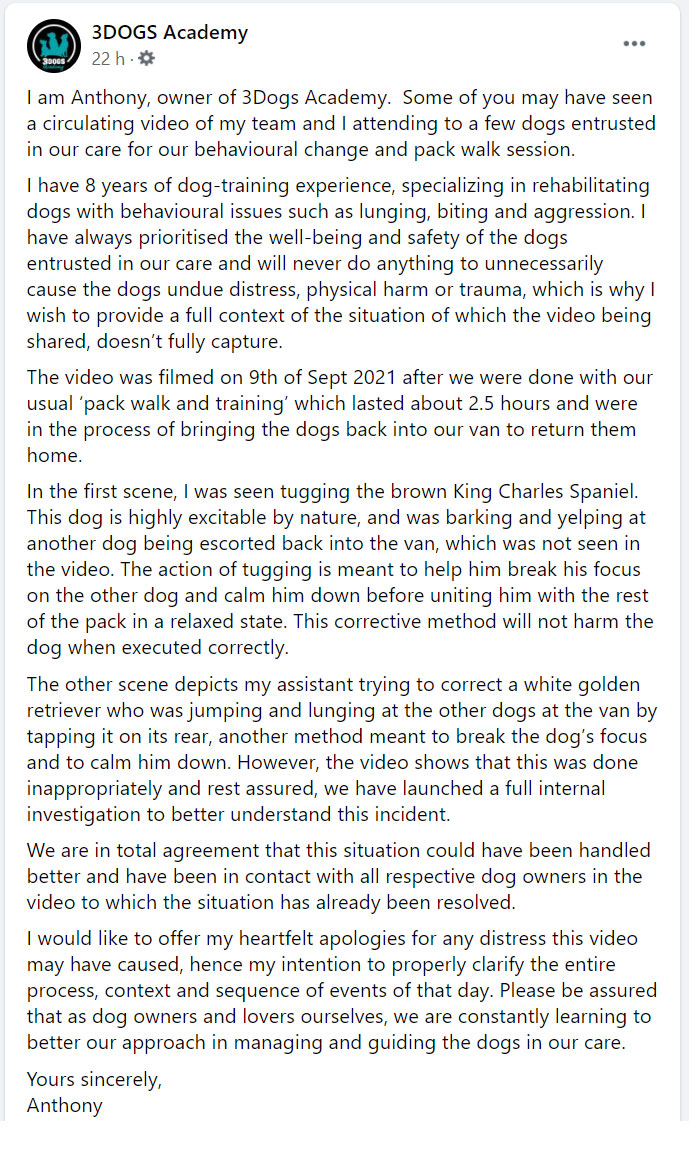 Anthony also claimed in the post he has eight years of dog training experience and he was the person in the video handling the King Charles Spaniel.

Regarding his tugging, he explained: “This corrective method will not harm the dog when executed correctly.”

According to Anthony, the video was taken on Sep. 9 after a routine two-and-a-half-hour training session where the trainers brought the dogs back into the van to return them home.

While Anthony stood by many of the training methods seen in the video, he agreed that the training for the white golden retriever was not done properly.

He wrote: “The video shows that this was done inappropriately and rest assured, we have launched a full internal investigation to better understand this incident.”

The school has also contacted all the owners of the dogs involved in the video and “the situation has already been resolved”, the post said.

“We are in total agreement that this situation could have been handled better,” Anthony wrote.

The Society for the Prevention of Cruelty to Animals (SPCA) responded to the video on Sep. 20.

SPCA said: “The methods are completely unacceptable from an animal welfare standpoint and unfortunately all too common in the dog training industry.”

Jaipal Singh Gill, executive director at SPCA, told Mothership that they are “deeply concerned about the welfare and safety of dogs who are choked, strangled, hung, kicked, beaten or shocked with electric collars in the name of training.”

He said: “These practices must end.”

SPCA also said they have referred this case to the authorities.