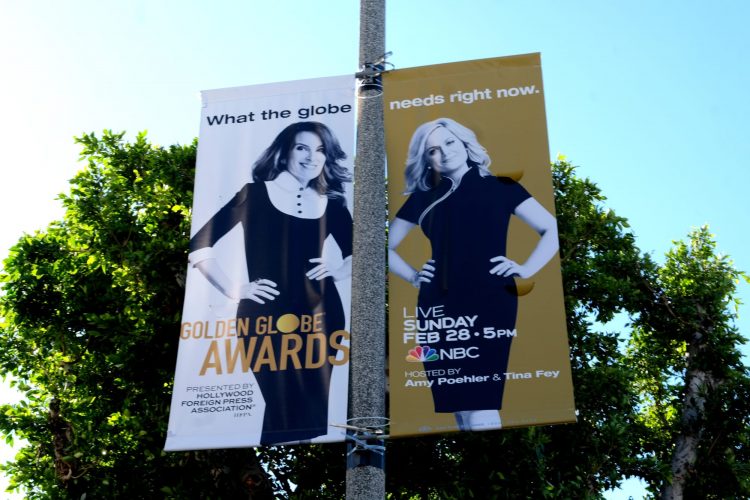 While the 2021 Golden Globes on Sunday, February 28 included some pet-related content (mainly via Pixar’s Soul), the Golden Globes for Anipal Twitter (GGAT) stole the show on the internet earlier in the day, honoring some of the best parts of Dog Twitter and Cat Twitter.

It was hosted by our friends Canadian Penny (@CanadianPenny1) and PeytonReads (@PeytonReads), and they did a fantastic job.

Throughout the event, Peyton and Penny kept up a steady stream of banter worthy of their actress heroes Tina Fey and Amy Poehler, often sending jokes out about various winners or the doggos in the audience, who included Puppsy (@JacksonTheHuski), Zenith the Hound (@HoundDogZenith), Violet the Newfy (@Violet_TheNewfy), and Penny Lane Pup (PennyLane_Pup).

Nala and Connor were entrusted with being the caretakers of the GGAT awards, while Gunner kept the official results secret until they were announced.

The Golden Globes for Anipal Twitter (GGAT) were arguably better than the actual show.

Funniest Reoccurring Theme in Tweets went to Nessa and Macie Doodle (@DoodleNessa) for their “What’s in my mouth” series. They are also known for being some of the sassiest members of Dog Twitter, occasionally shocking other members with their language.

The GGAT for Best Variety Talk Show on Anipal Twitter went to Off the Leash for Pets, hosted by Millie (@MillieOTLFP) and Pixie (@Pixie_Tooth).

Best Host for Nature Tweets went to expert botanist Maggie Maggarooo (@Maggarooo), who frequently shares pictures of beautiful floofs (some call them flowers) she finds on her walks.

Best Reporting went to Wesley Coburn of Dog O’Day; the site has been called “the Entertainment Tonight of Dog Twitter”, so that’s fun.

The GGAT for Supportive and Fun Organizational Group was split between several different clubs and organizations, including the Zombie Squad HQ, the Edible Cats Club, Furry Tails bar, and the virtual-travel motorcycle gangs the Ruff Riderz, CloudRiderz and Aviators.

And finally, everyone in Anipal Twitter won the Kindness Matters Award, given to those who offer compassion, friendship and goodwill to others.

For more TV news and opinions within the FanSided Network, be sure to check out our sister site Hidden Remote, and other niche-specific sites within the Entertainment and Lifestyle Division.