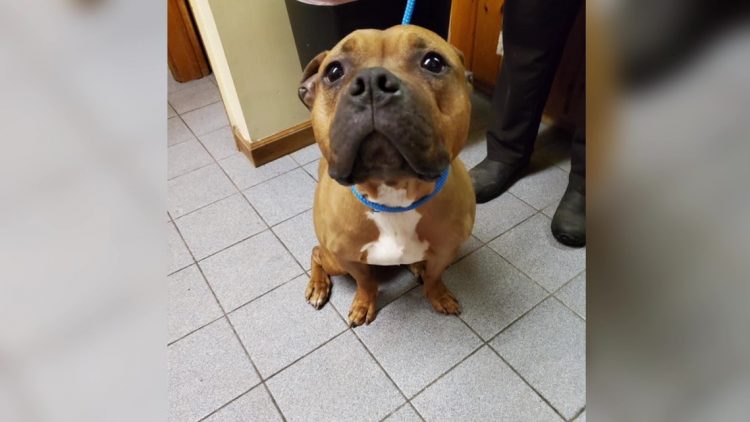 LUZERNE COUNTY, Pa. — Margaret Bart, the founder of Blue Chip Farm Animal Refuge, was heartbroken when she learned. The dog was found abandoned in Luzerne County’s Back Mountain and in desperate need of veterinarian care.

We blurred photos because of the graphic nature of the dog’s condition, but rescuers tell us she was found with a severely prolapsed uterus.

“It’s just sad this dog is a sweet dog, and she doesn’t deserve to have this happen, and actually we found out it happened to her before, so she should have been spayed, and this never would have occurred,” said Bart.

The founder of Blue Chip tells Newswatch 16 the dog was found by park rangers at Frances Slocum State Park walking along Carverton Road in the cold.

“To just let a dog go in these kind of conditions, I am she would have died had she not got treated,” added Bart.

Bart tells Newswatch 16 they believe they know who dumped the dog and are working with the park rangers to see what can be done.

Because there were no surgeons available in our area, Bart had to take the dog to an animal hospital in Allentown.

The cost of surgeries to fix the dog’s prolapsed uterus and spay her is upwards of $5,000.

First, it is important to spay or neuter your pets to avoid any possible health issues.

Second, never give your pet away to strangers for free.

If you would like to learn more about how you can help this 3-year-old boxer mix that has been named Sage, you can visit Blue Chip’s website.

If you want to learn more about low-cost options for spaying and neutering pets, you can find information on Luzerne County’s SPCA website.

Or learn more about the Eastern PA Animal Alliance.