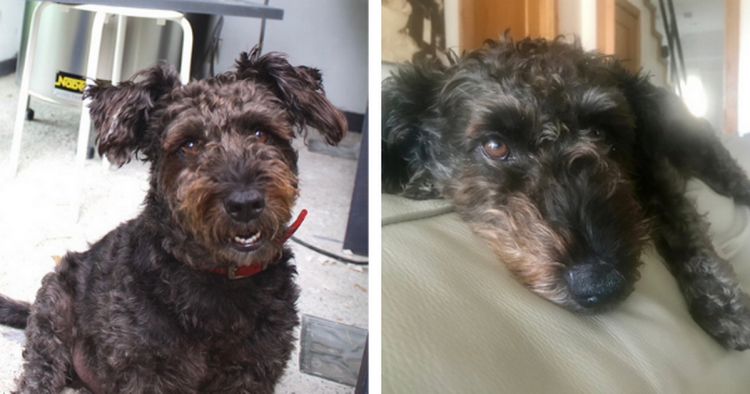 A Dublin woman spoke of her fear after her dog suddenly took ill following reports of a mystery illness that has been going around the capital.

Sophie Curran, who lives in Templeogue, said her dog, Bo’s health rapidly deteriorated once the symptoms set in on Friday night.

She told Dublin Live: “We went for a walk on Monday, Tuesday, and Thursday. On the Monday and Tuesday, he was his typical self. He was very excited to go for a walk.

“We actually only went on the outskirts of Bushy Park and mostly stuck to main roads.

“And then on Thursday, we had a bit of bad weather, and we realised he wasn’t excited about the walk at all. We were nearly dragging him from the start like, ‘Come along, Bo’.

“So we thought there was something funny about him but we didn’t think anything more of it.”

But things took a sharp turn as Bo, 6, refused to eat his food on Friday.

“We thought he was full or he had enough. We didn’t really think much of it. And then in the night time, he started to get very, very ill. He vomited about six times.

“Because he didn’t have anything in his stomach, it was literally just whatever water he was drinking. And when he went out to the garden, he was digging and pacing the garden.

She added: “We made sure the water bowl was filled up because the vet did say that dehydration is the biggest thing that would make dogs even more ill.”

Sophie rang the vet first thing in the morning on Saturday and was immediately asked to bring Bo in.

“They said, ‘You’d be best to bring him in as quickly as possible’.

“When we brought him in, they injected with two different types of injections.

“It was a bit shocking when the doctor said to us that it was actually really serious. We were told we were very lucky as there had been other dogs in the area which had gone into intensive care and were close to not making it.”

The vet confirmed that the virus had been going around in other places including Ashbourne, Ballyroan, and Knocklyon.

Bo then had to be kept on water for 24 hours and was given two different medications.

Sophie said: “From there it was chicken and rice while the medicine worked, and after about four days Bo became a lot more himself and was feeling better.

“It’s a very scary experience as a pet owner and hopefully more dogs will be kept safer after reading about it.”

Last night, a Dublin City Councillor issued a doggy virus warning to her local community after a number of poor pooches were struck down by illness.

Green Party local rep Donna Cooney said a vet confirmed to her that a bug is going around.

“Please take care of your dogs and keep on short lead in St Anne’s Park and promenade, and away from other dogs,” she said.

“Just had it confirmed from a local vet that there is a virus that is making our dogs sick.

“Best to take precautions and keep your dog on a short lead and away from other dogs to try and stop the spread of this virus making some dogs very sick.

Sign up for Dublin Live’s breaking news newsletter by simply entering your email address in this article here.

The FREE email will land into your inbox every single morning at around 9:30am and give you all the latest news from around the capital.

Whether it be traffic and travel, what’s on or crime – this newsletter will have you covered for everything.

You can unsubscribe from this service at any time. And rest assured that your data will not be shared with any other party.

Cllr Cooney was also told that the virus is giving dogs “vomiting and diarrhoea” while “some dogs have got very sick and dehydrated, needing veterinary hospital”.

An AI system for training dogs