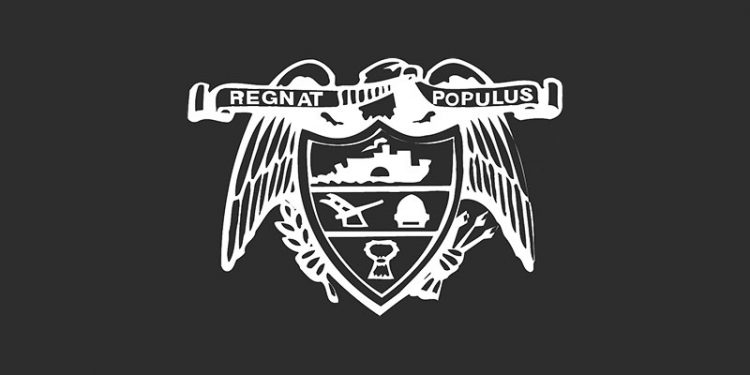 An attempt to bring a contentious repeal of a dog-breed ban to Maumelle voters failed Monday night after several council members said that every contentious issue couldn’t be put to the ballot.

Maumelle City Council heard the first reading of an amended ordinance that was approved on Feb. 22, calling for the removal of a pit bull terrier ban that has been in place for decades.

The amendment was presented by Councilman R.J. Mazzoni, who said he wanted the ordinance to focus on the breed ban as well as safety measures that could be implemented.

Mazzoni’s amendment, which was approved, would require owners of “dangerous animals” to provide proof to the city clerk that they have public liability insurance of at least $100,000 for personal injuries by his or her animal. A motion was then approved to conduct the first reading of the ordinance with the insurance changes included.

Over the past couple of months, the animal code ordinance has become a hotly debated topic. Three public comments were read at the meeting with the theme of the ordinance being placed on the ballot instead of being decided by the Council.

“I believe there is an opportunity here for the council to help minimize the division and allow more voices to be heard,” Maumelle resident Jeff Van Patten said at the meeting. “That is by sending this ordinance to the voters. Let the voters decide. Whatever the outcome is we can feel good about it.”

Mosley said if the issue was placed on the primary election ballot 14 months from now, it would cost the city around $4,000 while a special election might cost around $30,000.

“I really think the comments here tonight reflect the residents,” he said. “They want a referendum put before them. If we are going to pull back a layer of safety, they want to be involved.”

Councilman Jess Holt said a decision of this magnitude should be presented to the voters.

“There is no mandate to pass this ordinance; it’s just somebody that wants to get it done,” he said. “This ordinance accomplishes nothing for the growth of this city. Once an ordinance of this type is passed, it’s not reversible again. The dogs are here. There has been no survey regarding the issues as to how many people really want to allow pitbulls into this city. What do you say to the people, the neighbors, when they find out the people next door have a bull breed or will be having a bull breed living next to them. What do they do about it? And they are terrified about it.”

Holt said an issue this divisive shouldn’t be made by the majority of he city council.

“In other words from what I have counted, I think it will probably be a 5-to-3 vote. So if we pass this, 5 people in the city of Maumelle has made the decision that we will have bull breeds,” he said. “We are a city of probably 20,000, so there are a lot of people who didn’t get to have their say so. I don’t know what the hurry is on this.”

Councilman Chad Gardner, the presenter of the original ordinance to lift the dog breed ban, said at the meeting that council members were elected to make tough decisions.

“We are the legislative body of the city,” he said. “Our residents put us here in order to make decisions like this. If it comes to a point where we just decide to punt every single issue back to the voters, then where does it end? They have a chance to make their voices heard every two years, and they did that in elections.”

Council Member Michael Tierney said the feedback he received when he posted the proposed ordinance online was also positive and that it was time for Council to make a decision on this issue.

“We average two dozen bites a year on residents; the current ordinance isn’t doing its job, and it’s weak,” Tierney said. “We are not doing our job by punting this thing. We aren’t protecting our citizens that are still being bitten, and right now our animal control doesn’t have the ability to do their job. I think it’s something that we need to take care of.”

Gardner said Conway, Cabot and Little Rock have all managed to get along fine allowing any dog breed.

The motion to table the issue failed, but Mosley mentioned during the meeting he would try to bring up the referendum again.

A couple of Maumelle residents also reached out to the Arkansas Democrat-Gazette after the meeting to give their thoughts on the ordinance.

“I am in favor of the revision,” Michelle Elliott, who said she has been a resident in the city for 30 years, wrote in an email. “I trust our Animal Control Officers as the experts in their field. We need to give them the tools they need to do their jobs.”

Elliott said short of DNA testing every dog in the city, animal control officers know they can’t tell if a dog is a “pit” or “pit mix,” but the proposed ordinance will allow them to better enforce safety in the city by regulating vicious animals.

“This makes much more sense than banning a specific breed,” she said.

Elizabeth Silverstein, who identified herself as a Maumelle resident and a certified dog trainer at Telltail Dog Training, said she knows behavior is more important than anything else when it comes to the actions of an animal.

“What troubles me the most about the issue is that the people who want to keep the ban in place don’t have any education, certifications or handling of any of the dogs currently labeled as dangerous and bully breeds,” she said.

Surge in Dog Adoptions Means a Boost in Dog Training