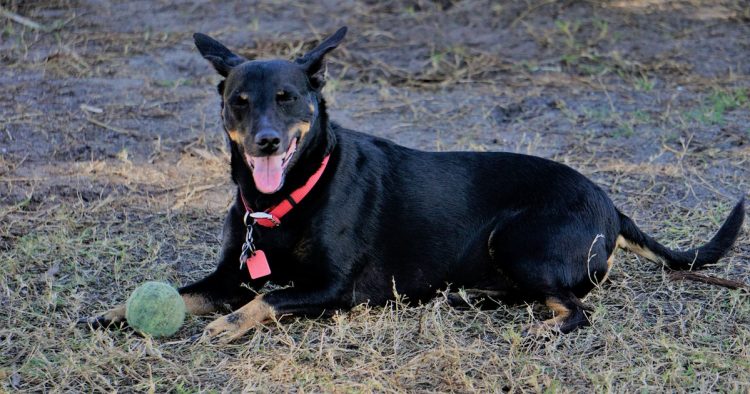 Think it’s the right time for a dog? Want to add a new addition to the family?

The last year has seen a massive boom in dog owners as, with more time spent at home, many of us have been more able to commit to our four-legged friends and all of the responsibility that comes with them.

But there’s more to becoming a ‘pawrent’ than simply picking up your new little bundle of joy.

Breed is an important factor. Not every dog is going to be right for every family, they all have different needs in terms of grooming, exercise, food…

But where do you start?

The Kennel Club recognises more than 200 different dog breeds. But there’s one that stands out to us…Manchester Terriers, for obvious reasons.

Thinking of getting your own? Here’s 11 facts all would-be owners need to know about our city’s own breed of dog.

1. They originate from our city

Unlike many terriers, this small dog originates from a urban environment, Manchester to be exact, where they were bred to keep down rats during the Industrial Revolution of the 19th century.

2. They were once extremely rare

The breed became extremely rare in the 1940s, thanks to advancements in vermin control.

There were only 11 registered pedigree dogs in 1945. Thankfully, that is no longer the case.

3. They have their own club

The British Manchester Terrier Club was formed in 1937 and was instrumental in saving the breed following their decline.

It also holds its own dog shows and competitions.

4. There are two types, depending on location

While there is only one Manchester Terrier here in the UK, in the US there are two different breeds – the toy and the standard.

We do have the toy breed here, it’s just that we call it something different – the English Toy Terrier.

5. They were once known as The Gentleman’s Terrier

It wasn’t until the 19th century that they started to become known as the Manchester Terrier, due to their popularity in the city, particularly in the cotton mills.

Manchester Terriers are known for making loving and loyal companions, they really are a man’s best friend.

They’ll be devoted to their owners and share a special bond, but this also means they don’t like being left alone for long periods so not ideal for families who spend a lot of time away from the home.

When you get there, make sharing a picture of your dog in our Top Dogs feed your very brilliant first job.

Maybe when you’ve done that, leave a recommendation to help fellow dog owners in the TeamDogs community.

7. They have a natural hunting instinct

Although Manchester Terriers are intelligent dogs who respond well to training, you can’t out-train a natural instinct, and in these dogs that is hunting.

Owners should be mindful about letting them off the lead in unsecured areas as any training will soon be forgotten if their chase instinct kicks in.

This also means that they can’t live with any other small animals like rabbits, hamsters and gerbils.

8. ‘Quiet’ will be a useful command

Manchester Terriers can be quite barky so this is a command you’ll probably want to learn pretty early on. For this reason, they also make good guard dogs.

9. Their size is deceptive

What they lack in size, they make up for in personality – Manchester Terriers are known for their larger than life character. They can be stubborn, headstrong and protective, but also loyal and affectionate.

Like all breeds, a dog’s diet is extremely important and is determined by a number of factors including exercise requirements. Owners should be aware that Manchester Terriers are not fussy when it comes to food, which in turn makes them prone to obesity.