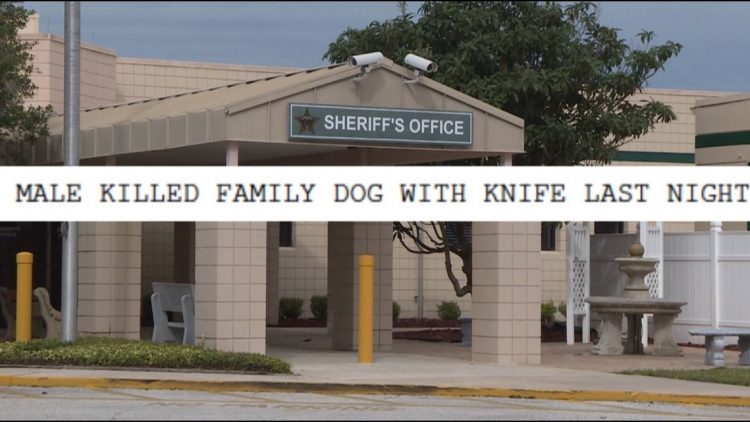 Wolfson Children’s Hospital has seen a 300% spike in emergency psychiatric admissions for children and teenagers since the start of the COVID-19 pandemic.

JACKSONVILLE, Fla. — Editor’s Note: This story contains content that may be disturbing to some viewers.

A First Coast teenager accused of killing the family dog was placed in a long-term mental health facility this week, after a monthlong journey his family says highlights gaps in the system.

According to a February report from the St. Johns County Sheriff’s Office, the teen told officers, “I need help.”

“What this young boy did to the dog was horrific,” said a private investigator hired by the family, and who spoke with their permission. The investigator, who asked not to be identified because of the undercover work she does, said the teen described the killing as a compulsion.

Rather than arresting the teen, officers ordered an involuntary commitment under the Baker Act. On Feb. 11, he was confined at River Point Behavioral Health in Jacksonville. After five days, the investigator said, the facility released him.

“It’s called ‘scrip and flip,’” the investigator said. “They are a stabilizing facility. So they stabilize and they release.”

But she says the teen was still talking about hurting other people. “What do you do when your child wants to kill you?” the investigator asked. “What is the parent do?”

Worried about bringing him home, the family took him to Wolfson Children’s Hospital Emergency Room for a psychiatric admission. The hospital recognized his need and admitted him instantly although they didn’t have an available bed.

“Every room [in the ER is full],” the investigator recalled. “We’re in the overflow room, and the adolescent behavioral section is completely full.”

“It’s surreal … We just don’t have the room,” Andrews said. “So we have children that are holding on our medical surgical floors waiting to get to the psychiatric unit. We have a 14-bed psychiatric unit, and it remains full.”

Andrews said they have seen a 300% spike in emergency psychiatric admissions for children and teenagers since the start of the COVID-19 pandemic. And it’s not just a local problem.

“This is a national crisis,” Andrews said. “We just don’t have enough therapists, or counselors or psychiatrists for that matter, to be able to serve the population that’s in need.”

“There’s multiple variables that are attributing to this, the majority being isolation,” Andrews added. “We’ve got to be able to get through this and get our teens back to school, where they’re not surrounded by plexiglass, and they’re able to interact.”

Andrews says the demand is expected to continue for the next several years. Dealing with the child mental health crisis will require increased awareness and spending.

“Medicaid has not increased in 25 years,” Andrews explained. “We have community-based providers that generally take Medicaid, and they can no longer afford [to offer] psychiatric services, because the reimbursement is so low. [Medicaid] hasn’t been increased in 25 years. And I couldn’t imagine anybody having a job and not having a pay raise in over 25 years.”

The St. Johns County teenager was able to get a bed in the Wolfson psychiatric unit after a two-day wait in the ER. He remained there until his family moved him to a long-term care facility out of state two days ago.

The private investigator credits Wolfson for the quality of its care, but worries about the quantity they can provide.

“Mental health for the adolescents is in crisis mode,” she said.

Wolfson Children’s Hospital has created a kids and teens mental health helpline, which is also free to parents with questions about their children’s mental health.