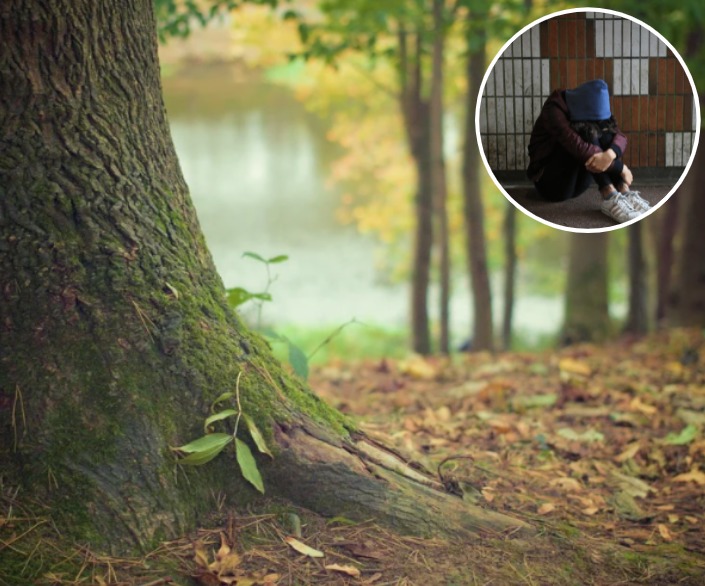 A PERVERT exposed himself to a woman in a woodland, prompting calls for a “sting operation” to track him down.

The woman, who was reportedly walking her pet at the time, was approached by a man on Wednesday evening in the woods near to Lee Chapel Lane, Basildon.

Police were called shortly after 7.30pm after the man exposed himself to the woman and was “acting indecently” in front of her.

Kerry Smith, deputy leader of Basildon Council, called for a police operation to track down the culprit, adding: “It is worrying, I’ve heard of at least two other cases like this in the same area.

“It will put residents off using this lovely beauty spot, people may end up not wanting to take their children there if there’s a pervert doing disgusting things.

“It’s sad when the weather is getting better and families will want to have a walk as restrictions ease. Usually it’s a popular spot, and the scout club isn’t a million miles away.

“It must be horrid for the victims, to put it politely the person doing this needs psychological help.

“I think some sort of sting operation needs to happen moving forward to catch who is responsible.”

Councillor Derrick Fellowes, who represents the Nethermayne ward, fears such a terrifying experience could have a serious impact on the victim – whether it be changing their routine or knocking their confidence.

He said: “As a father of three daughters and a son, I am truly disgusted. It’s such a shame woman even with a dog alongside them don’t feel safe going into our woodland, where there are sick people doing something like this.

“For most people the thought wouldn’t even enter their minds, this is the minority spoiling it for the majority. Going through something like this would make you afraid to go into the woods, and it may mean they end up changing their lifestyle by thinking of a different route, or if they carry on along that one having to constantly look over their shoulder.

“It could really affect your confidence, and potentially your mental health.

“It’s not right, but try to avoid going out alone and if you can join a dog walking group. Don’t change your lifestyle too much, but be cautious.”

Anyone with information should contact police on 101quoting incident 1077 of April 21.