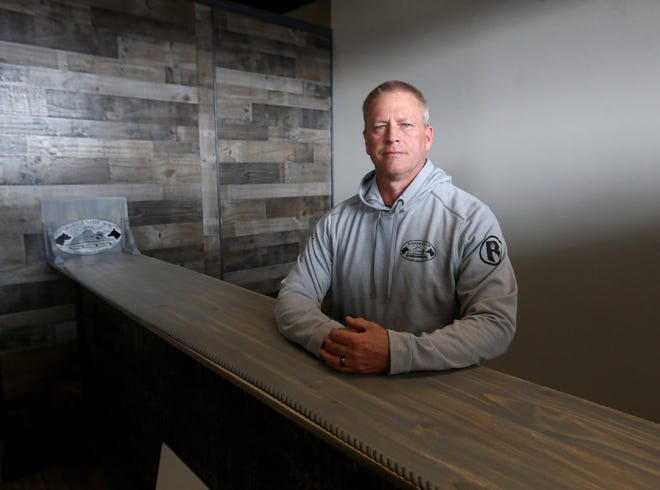 Two dog training businesses and a podcast later, Stanbro is preparing to open Ridgeside K9-Ohio, a franchised dog training facility at 3100 Whipple Avenue NW, on May 3.

Stanbro retired from the Canton Police Department in 2018 after 23 years. Stanbro spent 13 years as a police dog handler and trainer.

In 2014, Stanbro opened VanEss K9 Academy, providing police K-9s to departments across the country. He later added pet training and daycare services at the original facility located on Harrisburg Road NE in Canton.

The two divisions of dog training services were reorganized last month, with Stanbro buying into the Ridgeside K9 franchise for his pet training division. Ridgeside K9-Ohio will continue training all dog breeds, ages, sizes and issues.

With two divisions of dog training services under one roof, additional facilities were needed.

Ridgeside K9-Ohio, located on Whipple near Hills & Dales Road NW, is expected to open in early May. The original VanEss K9 facility will close in July, Stanbro said.

“It allows us to continue offering doggie daycare as well as day training and one-on-one lesson packages. It’s going to be an amazing dog destination,” Stanbro said.

Tamra Schneider of Canton recently enrolled her 10-month-old Bernedoodle in bootcamp training at VanEss K9 Academy and completed one of the programs offered.

“He was developing some really bad habits counter surfing, plowing over my toddler, terrible on a leash and would get pretty bad anxiety,” Schneider said.

After training with the company, Bentley walks better on a leash, isn’t surfing the counters for food and hasn’t had a single accident in his crate. “He’s a big pup, so obedience is a must,” Schneider said.

In addition to the Whipple Avenue location, Stanbro leased an old warehouse he calls “The Funhouse” in downtown Canton. Opened in June, the warehouse is 40,000 square feet of training space for both VanEss K9 Academy and Ridgeside K9-Ohio use.

The location is formally referred to as VanEss K9 Academy’s Police K9 & Tactical Training Center and is mainly used for VanEss’s police K9, search and rescue dogs, and SWAT team training. Ridgeside K9-Ohio trainers use the facility occasionally “to build confidence in some pet training too,” Stanbro said.

“What I miss most about working at the police department is the guys. I made some lifelong friendships with some guys and spent a lot of hours in cruisers with them. I am a brotherhood guy and I like camaraderie,” Stanbro said.

Stanbro said he enjoys working for himself and offering a good place for others to work, too. He believes training pets has made him a better police dog trainer.

Aside from dog training, Stanbro started a podcast in 2018 called Working Dog Radio. He and his cohost have over 120 episodes talking all things working dogs. He continues to travel the U.S. conducting K-9 training.

Q&A: Best dog breed to train for a family and for law enforcement?

Stanbro and his staff of seven trainers have worked with hundreds of pets.

When asked which domestic breed was his favorite to train, Stanbro said, “I tell everyone if you want a good family pet…get a doodle of some sort. They are friendly and easy to train.”

What about law enforcement dogs? Various breeds now being used like Labradors, German shepherds, Malinois and more. Which breed does Stanbro prefer to train the most?

For Stanbro, it’s the “Belgian Malinois…they are like tier one elite athletes,” he says.