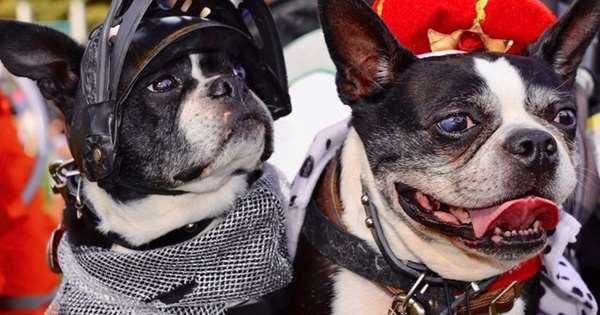 HIAWASSEE, FL — French bulldog puppies have become among the most popular pets in recent years. Now, for many of the same reasons they make good pets, the breed is attracting thieves, too.

A man in Hiawassee, Florida is among the latest to be robbed of his French bulldog. Johnny Matos told WFTV his dog, Bugsy, is like a family member.

Police in Orange County said a man had a gun pointed to his head as he walked the dog by someone who told him he would be shot if he didn’t hand over the dog, according to the WFTV report.

“They’ve really torn this family up,” Matos told the news station. “We’re struggling right now because we don’t want… to give up hope. But the longer it goes on, it’s wearing on you.”

The Central Florida incident is one of a handful of French bulldog thefts reported in the weeks since the dogs owned by superstar singer Lady Gaga were stolen while on a walk in California.

Lady Gaga’s French bulldogs have since been found, but a pattern of thieves targeting the dog breed has been noticed. Just as dog lovers are attracted to their size, thieves also like that they are small and easy to steal.

“The demand for the breed is higher than the supply, so they are often a more targeted breed,” Hunter said.

Gina DiNardo, the kennel club’s secretary, said in a statement it’s the breed’s “playful, alert and smart temperament” that make it a popular choice for dog owners while naming the breed the most popular dog in Los Angeles for the third year in a row.

Weighing under 28 points and standing just 11-13 inches tall, the French bulldogs ranks fourth out of 197 on the American Kennel Club’s popularity index.

Sandy Briley, a dog breeder just outside of Los Angeles, told Slate one of her French bulldogs can cost up to $12,5000, and said even a stolen one without American Kennel Club paperwork could go for about $2,000.

A family in California is willing to pay up to get their beloved 5-month-old French bulldog puppy named Seven back.

A $12,000 reward is offered for finding Seven, who belongs to 8-year-old Elani Valencia and was stolen outside a North Hollywood Target store when two men followed her and two family members to their car.

“It just brought a lot of pain to me, and it really hurt me,” Elani, who got the puppy as a Christmas gift from her mother, told CBS2 in Los Angeles.