French bulldogs jump to No. 2 most popular breed: AKC 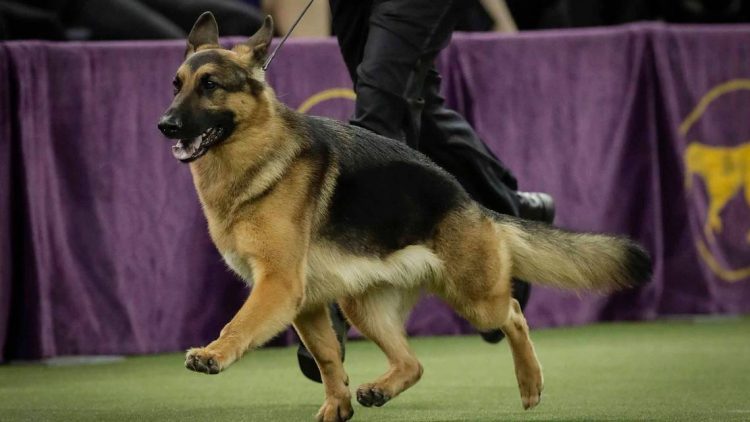 Labs were again the most popular dog breed in the United States last year, a report found. But another breed is climbing the ranks: the French bulldog.

Frenchies ranked second on the American Kennel Club’s list of the most popular dog breeds in 2020 — stepping over German shepherds and golden retrievers, which had respectively held the No. 2 and No. 3 spots since at least 2013, for the first time.

The rise in popularity was a long time coming for the “compact” dogs, which had been relegated to the No. 4 spot since 2017, according to the AKC.

But they have a tough competitor for an eventual No. 1 spot as Labrador retrievers have held onto it for 30 years.

The AKC, which says it’s the “only purebred dog registry” in the country, used its registration statistics to compile the list and “analyze the data,” it says.

Other dogs included among the 10 most popular were bulldogs, poodles, beagles, Rottweilers, pointers and dachshunds, which bumped Pembroke Welsh corgis down a spot to No. 11.

“Like clothing styles and baby names, dog breeds go in and out of style,” the American Kennel Club says. “It’s likely that pop culture plays a large role in preferences. In fact, a study from the University of Bristol, City University of New York, and Western Carolina University found that movies, specifically durably popular ones, play a large role in breed popularity.”

But French bulldogs — which the AKC called “the most sparkling French import since champagne” — could’ve been good companions in 2020 for a number of reasons.

“Frenchies were created to comfort stressed souls,” Jim Grebe, a historian for the French Bull Dog Club of America, said, according to the AKC.

They’re also suited for small spaces, don’t make a lot of noise and are usually “very fond” of people, the AKC says.

“Dog experts credit the French with creating the essentials of the dog we love today, with their straight legs, tidy compact form, and bright, humorous attitudes,” the AKC says.

But they may not be the best breed to take on some adventures.

“Some country activities may not be ideal for them,” the AKC says. “Swimming, for example, is not recommended because their structure makes it hard for them to paddle. Like many flat-faced breeds, they are not natural runners and need to be kept cool in hot weather.”

Frenchies can be traced back to “canine gladiators used in bull-baiting,” which was banned in the 19th century, the AKC says. Breeders wanted to “maintain the good qualities of fighting dogs,” which were smart and loyal, in a smaller dog.

“The result was, as the breed standard specifies today, an active, intelligent creature, ‘of heavy bone,’ with a smooth coat,” the AKC says.

The breed was initially welcomed in the United States with “great enthusiasm,” the AKC says.

“Wealthy Americans traveling in France fell in love with these endearing little dogs and began bringing them back to the USA,” the French Bull Dog Club of America says.

But by the time the mid-20th century rolled around, they were competing with Boston Terriers for the hearts of Americans and their popularity took a hit due to a “lack of air conditioning (these dogs need to stay cool), and the Depression.”

It wasn’t until the 1980s that Americans rediscovered the breed. Now, several celebrities famously own Frenchies.

“The breed appeals to people with sophisticated tastes,” Gary Bachman, an art expert who has lived with French bulldogs since 1999, told the AKC. “Their jovial personality is well-suited to city life.”

Bailey Aldridge is a reporter covering real-time news in North and South Carolina. She has a degree in journalism from the University of North Carolina at Chapel Hill.

Speaking of Pets: Why it’s important to take care of your dog’s foot health

Speaking of Pets: Why it’s important to take care of your dog’s foot health